Home Lifestyle A Visit To Kranji War Memorial: Lest We Forget The Heroes Of... 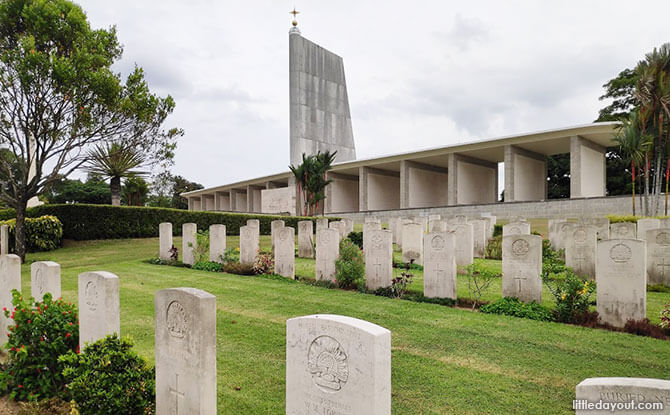 As we remember the fall of Singapore and Total Defence Day, it is important for the young to remember history. World War 2 may have happened eight decades ago, but it is important we do not forget those who sacrificed their lives for peace – and a poignant spot to visit on the WW2 trail in Singapore is the Kranji War Memorial. It teaches us that history ought not repeat itself. 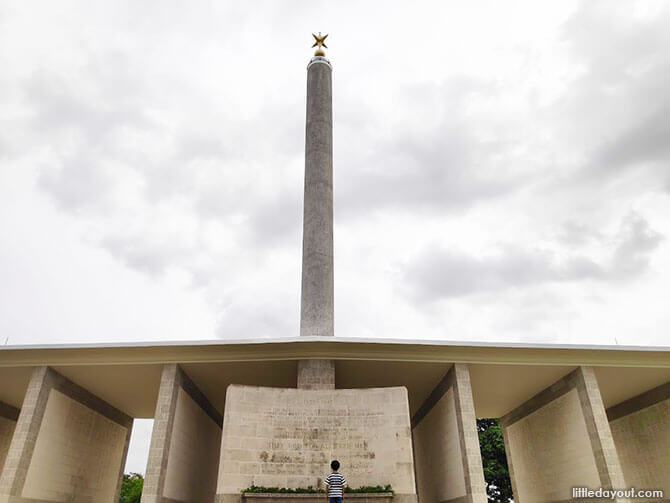 We decided to visit the Kranji War Memorial as it was not crowded and had lots of open space plus fresh air. The last time I visited was more than two decades ago as a secondary school student. Then, we learnt of history, its horrors as well as its heroes. Fast forward to today, with two boys of my own, I felt it was my duty to tell them of the same lest we forget our past.

The Significance of Kranji War Cemetery 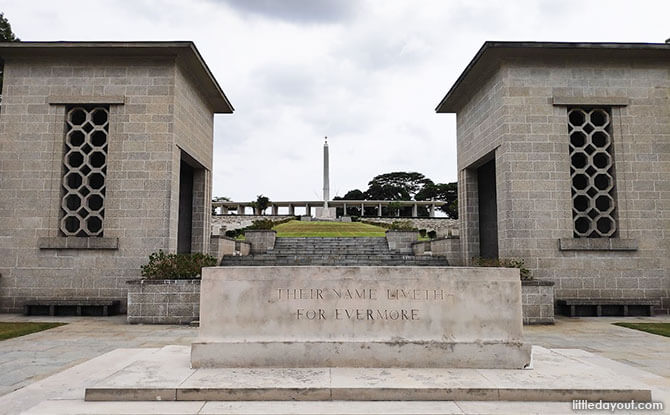 Kranji War Memorial is situated at Woodlands Road and a tranquil spot, idyllic for a resting place. The area actually has three cemeteries: Kranji War Cemetery, Kranji Military Cemetery and the State Cemetery.

Kranji War Cemetery was a small cemetery started by the prisoners. There are 4461 burials including graves of prisoners at Changi, Buona Vista during WW2, and WW1 and WW2 graves from Bidadari Christian Cemetery, and WW2 graves from Saigon Military Cemetery. The Chinese Memorial is a collective grave for 69 Chinese members of the British Commonwealth Forces. 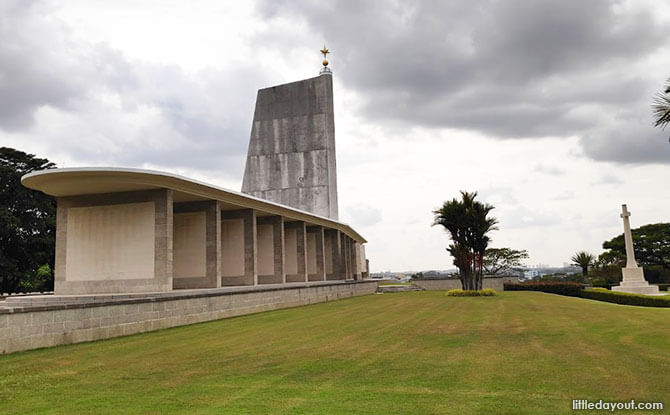 As you enter the cemetery, you will see the Stone of Remembrance near the entrance to the Cross of Sacrifice which leads to a terrace with four memorials. The largest is the Singapore Memorial with the names of about 25,000 soldiers and airmen. They may have no known grave. You can also see their names in the register kept at the memorial.

The memorial looks like a plane with a star at the top of a single pylon. You can feel the air of solemnness as you enter the memorial, the scale of the memorial also exudes the extreme bravery of the soldiers fighting the war. The memorial was unveiled in 1957 and overlooks the Johor straits where the Japanese first landed in Singapore 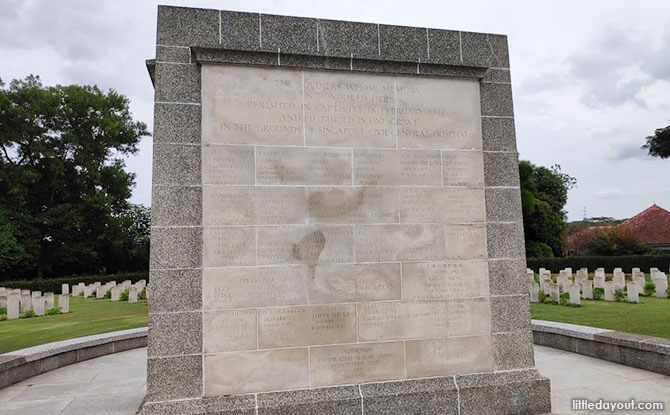 To the east of the memorial is the Singapore Civil Hospital Memorial which commemorates 107 servicemen who died at Singapore General Hospital. 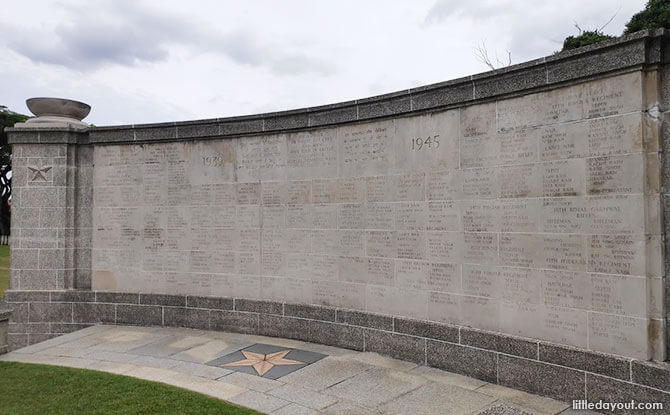 Memorial services are held annually on Remembrance Day, traditionally the second Sunday of November which is also the anniversary of the end of World War 1, as well as ANZAC Day.

The Kranji Military Cemetery is mainly a non-world war site and was built slightly later, in 1975. The graves from Pasir Panjang and Ulu Pandan cemeteries were relocated there. It comprises 1422 burials of servicemen and their families. 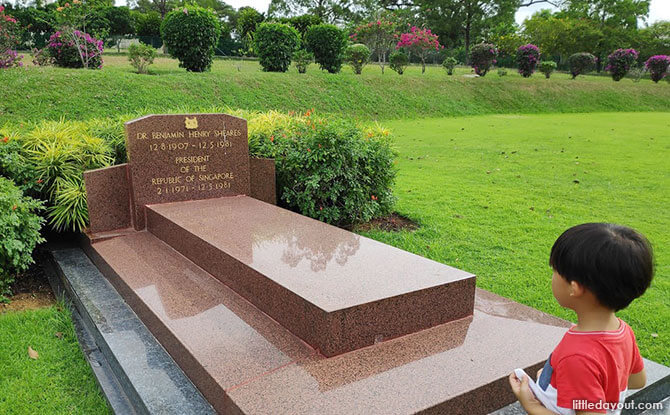 The State Cemetery has two graves, both former presidents of Singapore. Yusof bin Ishak who was Singapore’s first president as well as Benjamin Henry Sheares, who succeed the post are both buried in the grounds.

Other Facts about Kranji War Memorial 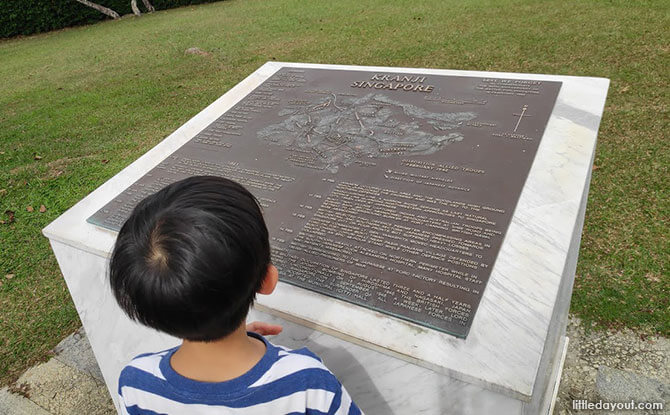 Kranji War Memorial is part of the Kranji Heritage Trail which includes WW2 first landing site of the Japanese, Kranji Army Barracks including other farms in the countryside. If you are venturing northwards, why not complete this trail with your family to get more insights about the fall of Singapore?

There is also a plaque at the entrance of the Kranji War Memorial that details the timeline of the fall of Singapore to the Japanese. It was a helpful guide to explain to the boys how it happened and a little on the military strategy of the Japanese.

When you are at Kranji War Memorial, do keep a look out for wild boars which do roam the area. Keep your distance and do not approach nor feed them when you see one.

Kranji War Memorial – A Worthwhile Trip to the North 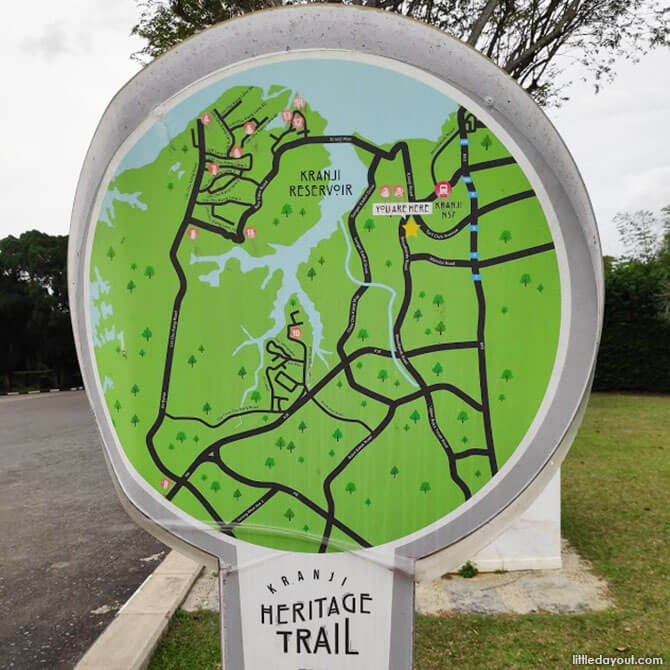 The trip to Kranji War Memorial was an insightful one, and one to remember. For more details on the war memorial, click here. If you would like to go on the Kranji Heritage Trail, find out more here.