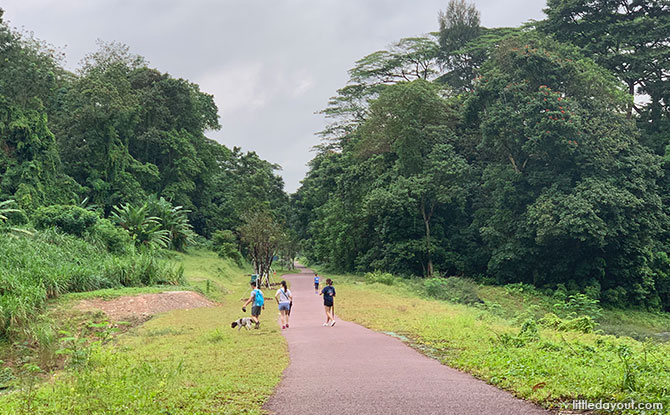 Recently, there has been a lot of interest in the Clementi Forest, sparked off by a beautifully cinematic piece of drone footage. This area of secondary forest is one which is easily visited and can be reached by taking a walk along the Rail Corridor (sometimes called the Green Corridor or the Greenway) around the Holland Road area.

The Rail Corridor is a narrow stretch of land which runs all the way past Hillview area, down towards Tanjong Pagar in the south of Singapore. Formerly where the KTM trains from Malaysia used to run, it is now a recreational space.

We decided to pay a visit to one stretch in particular – the section of the Rail Corridor from Holland Road down to Bukit Timah Road, which is only around 1.7 km in one direction.

We started off our hike from Greenleaf Walk, just off Holland Road. There is an entry point close to the junction of Greenleaf Walk and Greenleaf View.

We were a bit surprised to find that the track on the Rail Corridor was very well paved. It was also very well used and we were sure to pass by someone every few minutes.

The main one was where trains used to run.

On a slightly higher elevation to the side was a narrower path, sandwiched between thick vegetation and a railing

Getting to Clementi Forest 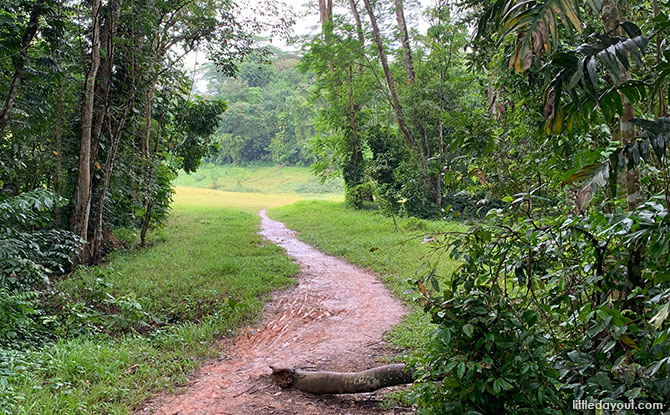 Not long, we came across a side path that led to the left. This led us down to an area of the Clementi Forest where a river once ran through. 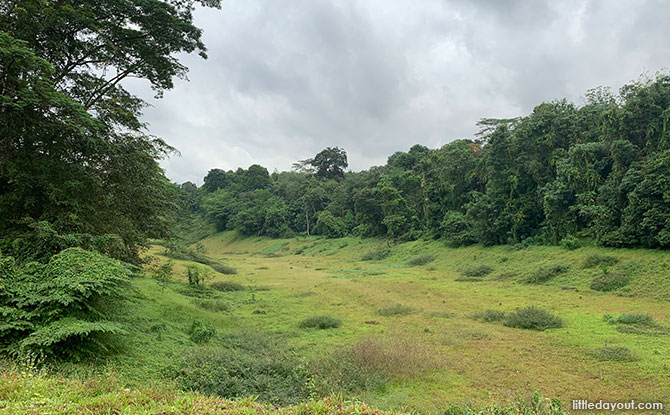 The river has since been moved underground, leaving behind a lush green, open valley. It made us forget that we were not far from busy Clementi Road which was across the threshold. 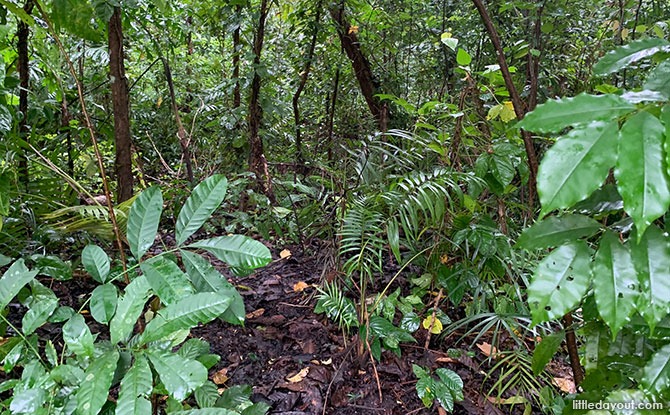 The valley is bounded by thick vegetation, part of the Clementi Forest; probably something you wouldn’t want to attempt going through without being well equipped. 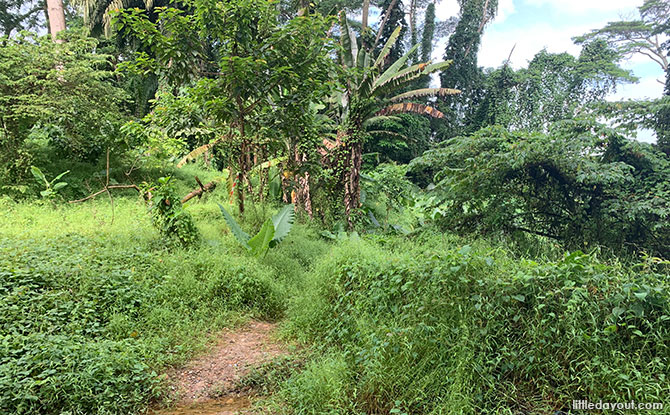 Besides the “valley”, there is a second turn off from the main path.

This leads to another section of the forest where there are paths going through thick vegetation. This also leads to the old train tracks that once ran down to Jurong Port, through the Maju Forest. 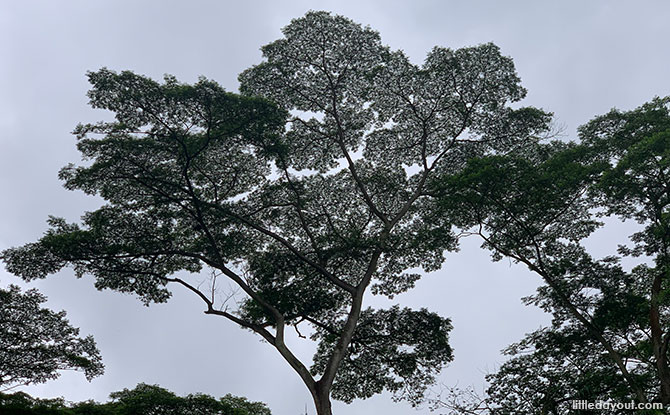 Walking along the Green Corridor, you will be greeted by birdsong.

Feathered animals perched high up in the towering trees call out to one another.

The Greenway isn’t a long stretch. In fact, before long, we approached the old Bukit Timah Railway Station.

Several tens of metres of train tracks with concrete sleepers and gravel ballast provide a way to imagine what it must have been like in the past when trains chugged back and forth. From here, trains used to run down to Tanjong Pagar, or up till the early 1990s, along the Jurong Railway line to Jurong Port.

The old Bukit Timah Railway Station is being renovated. It has been gazetted for conservation and will become a heritage gallery.

Opposite, the Station Master’s Quarters will eventually be converted into an F&B site. 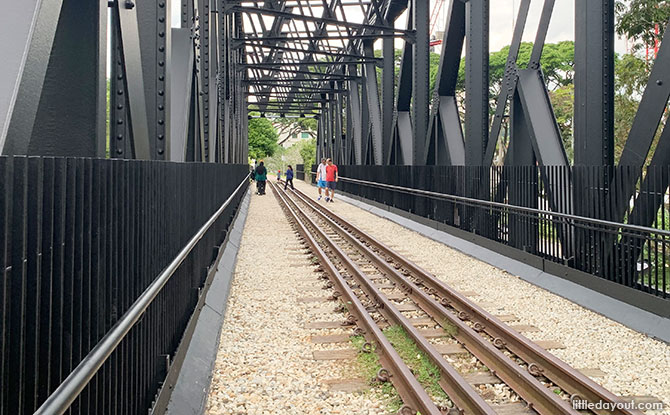 The Bukit Timah Road truss bridge marks the end of this stretch of the Rail Corridor. You can walk over it to get to Dunearn Road.

This stretch of the Rail Corridor is easy to walk. It offers a chance to view the Clementi Forest and it is also possible to take a side-trip to the Holland Green Linear Park. It is worth a visit and we think it will be an enjoyable one too.

READ: Hiking Along the Old Jurong Railway Line Through the Maju Forest

READ: Off-the-Beaten-Path Parks to Explore for a Spot of Nature