Abandoned train tracks and a former train tunnel are some of the sights that can be seen when on a trek along the Jurong Railway hike through the Maju Forest. This thickly wooded section of forest at Clementi has a wonderfully natural character which is to be savoured. 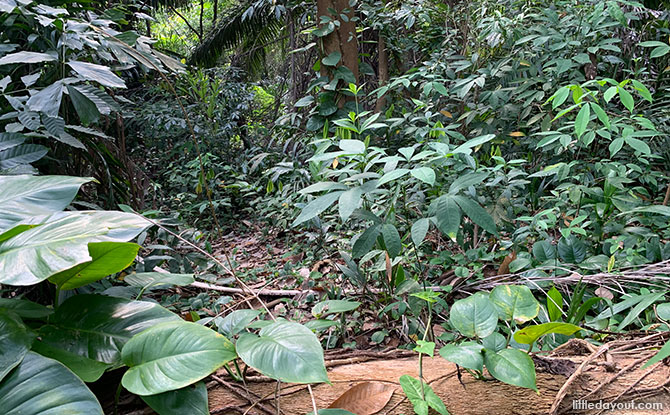 The Maju Forest is a patch of land which still retains an authentic forest feel. You won’t feel as if you are “forest bathing”; you’ll probably just bathing in perspiration as you make your way through the undergrowth.

The easiest way to experience the Maju Forest is to follow the old Jurong Railway line. This train line once branched off from the main KTM line heading from Johor to Tanjong Pagar and ran to Shipyard Road in the Pioneer district in the West of Singapore.

The route of the train line went past the Maju Forest and along Sungei Ulu Pandan to Jurong.

The Jurong Railway line stopped running in the early 1990s. 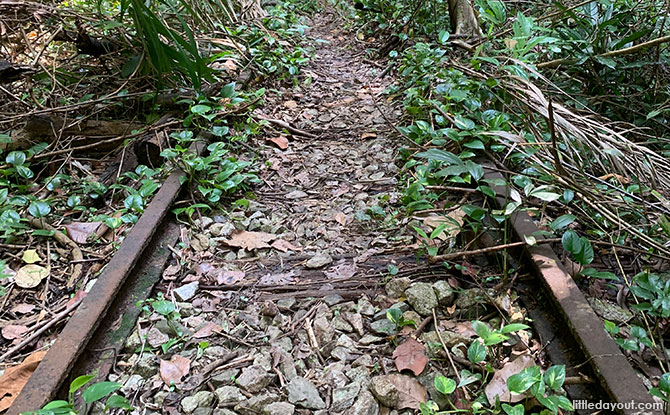 A hiking trail along the old Jurong Railway line can still be explored today. It is probably the easiest way to experience the Maju Forest without having to make your way through thick vegetation.

The two end points, at least for the Maju Forest stretch of the Jurong line, is at Sunset Way where there is a railway bridge and at the tunnel that goes under Clementi Road, opposite from Maju Camp. 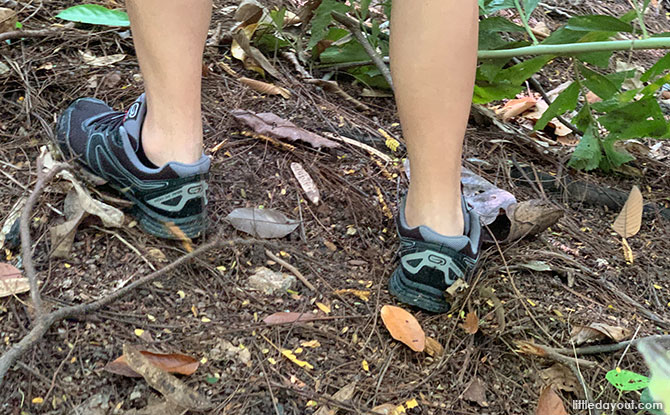 The distance between these two points isn’t that far but it is still an adventure. This section of the Jurong Railway hike will take you along the fringe of the Maju Forest. Do be prepared for a well vegetated path and having to navigate along dirt tracks – it’s all part of the adventure.

There is a section of the tracks which is blocked by thick vegetation. You would have to go around it by either following the drain nearby or climbing up the slope to its side.

Do exercise caution when making through the vegetation as there are holes and ditches along the way. This trek is not suitable for young children. 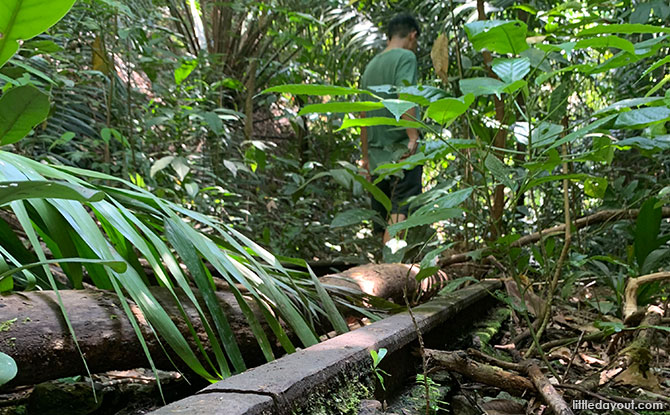 Along the way, you can see the old tracks along with the sleepers and ballast intact. The forest has been slowly reclaiming the tracks but they still a clear guiding path.

On one side of the tracks, you will see the steep slopes of the rest of the Maju Forest, while the other is the Sunset Residences housing estate. 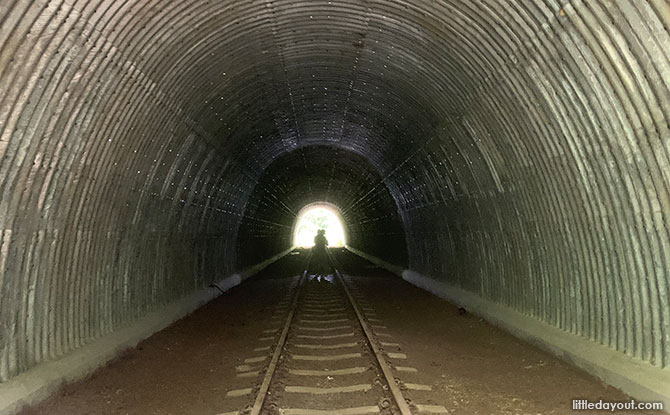 If you start off from the Sunset Way end, you will eventually reach the tunnel that goes under Clementi Road. This has been recently redone together with the widening of Clementi Road. 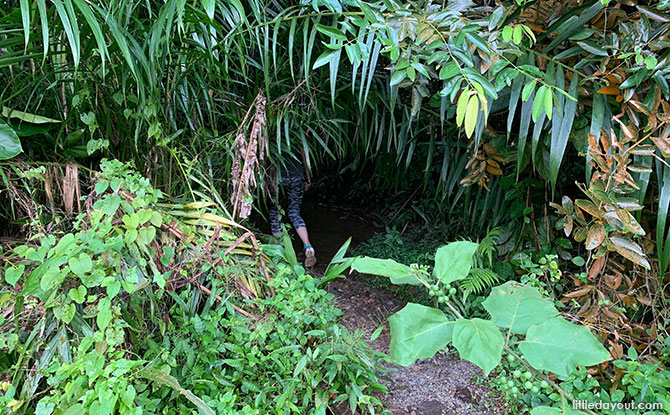 Beyond the tunnel, intrepid trekkers can carry on into the Clementi Forest along the path that trains once took. 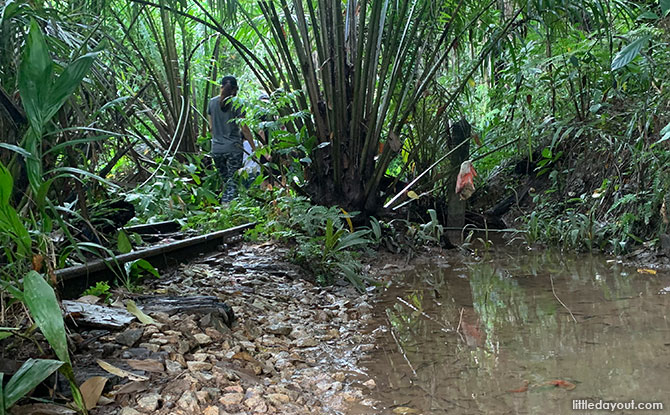 This next section can be a bit more challenging because part of the tracks have been flooded and the path can be quite muddy and slippery. There are sections which involve some steep mud slopes before it eventually connects to the Rail Corridor. Thorny rattan plants are also hazards and can result in cuts and lacerations – so watch out what you grab. As such, we would not recommend this section for young children.

Jurong Railway hike through the Maju Forest are a bit more challenging because the environment are very much in their natural state. And we hope it continues to stay this way. There is a need to be alert and keep a look out as you navigate through the forest.

There aren’t any “sights” or “attractions” to see along the Jurong Railway hike and there doesn’t need to be. Nature is its own attraction.