On a Singapore Philatelic Museum virtual tour, you can view its former permanent exhibits that were found in the Heritage Room, Orange Room and Room of Rarities. 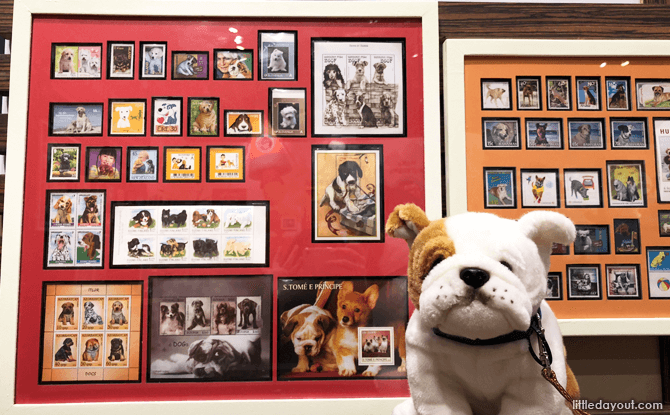 The museum used to regularly host changing exhibitions based on interesting topics. Some of the past exhibitions have included the All About Dogs Children’s Exhibition and Shaking It With Shakespeare Exhibition. These have been captured in 360 degree VR so that you can experience them. The exhibition Collecting Magic: From Stamps To Wands, inspired by Harry Potter, is a stamp exhibition from back in 2016 and 2017. It is also available in 3D.

It is an opportunity to re-live your past visits to the Singapore Philatelic Museum or to get a taste of how the museum used to be.

As a bonus to add on to your virtual visit to the stamp museum, we’ve put together a scavenger hunt for you based on the Singapore Philatelic Museum’s Heritage Room.

The Singapore Philatelic Museum’s Heritage Room tells the story of the different immigrants that came to Singapore in the 1800s. It contains items which tell of the early trades that people engaged in, along with various cultural festivals and traditions that were practiced.

We’ve prepared a scavenger hunt worksheet for you to find various items in the Heritage Room. You can use it alongside the Singapore Philatelic Museum’s Heritage Room Virtual Tour.

See if you can find all the items. What do you think each of these were used for? 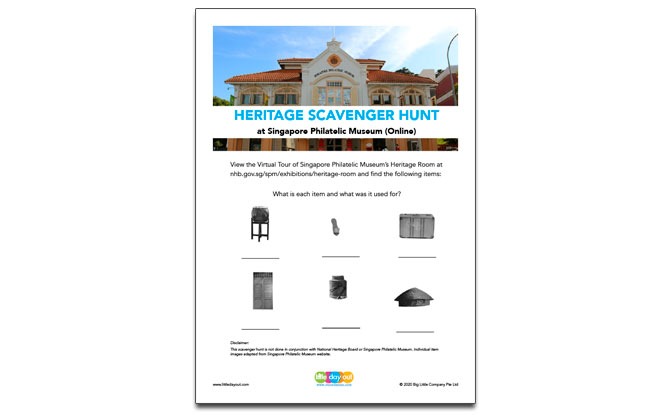 READ: 10 of the Best Virtual Museum Visits for Kids