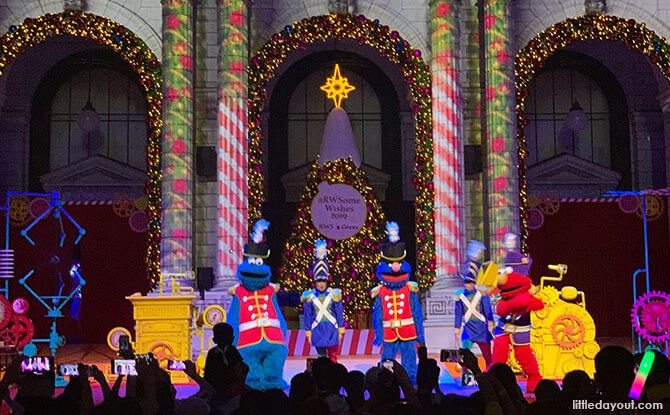 High up on his sleigh, Santa made a grand entrance surrounded by elves in stripped stockings and smart-looking soldiers marching in lockstep. It was a rousing beginning to the Great Christmas Invention show, one of the highlights of A Universal Christmas 2019 at Universal Studios Singapore. 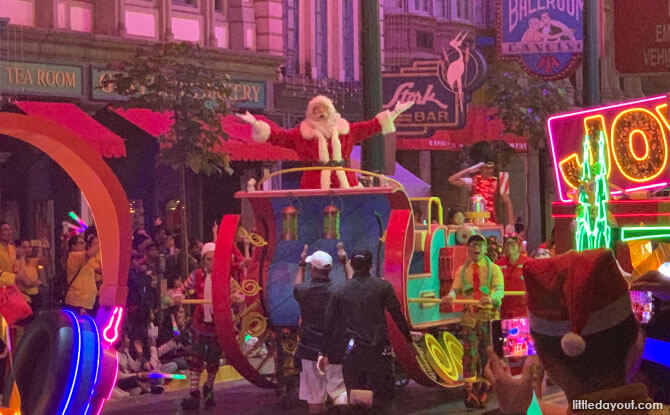 On 28 November 2019, more than 400 children from disadvantaged backgrounds from Tanjong Pagar GRC and Radin Mas SMC got an early preview of the spectacular show as part of the Resorts World Sentosa’s aRWSome Wishes outreach programme. This was ahead of the start of A Universal Christmas on 1 December 2019.

Filled will holiday music, comical elves and festive cheer, A Universal Christmas 2019’s The Great Christmas Invention was a fun and imaginative showstopper that entertained the crowd. It featured light displays, projection mapping, singing and dancing. 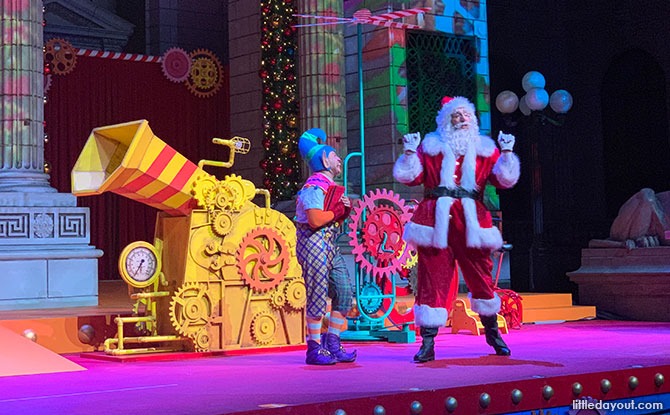 Santa is getting tired of the usual Christmas stories. Therefore, he has come up with a new-fangled machine, The Christmas Story Generator 3000, which looks very much like a bright yellow woodchipper, to churn out new tales.

Throw an odd thing or two into The Great Christmas Invention and watch as it works its magic, popping out beloved Universal characters onto the stage at Universal Studios Singapore’s New York Library.

A Universe of Universal Characters

It is one big reason to bring out a parade of everybody’s favourite characters – and no one seemed to mind one bit. 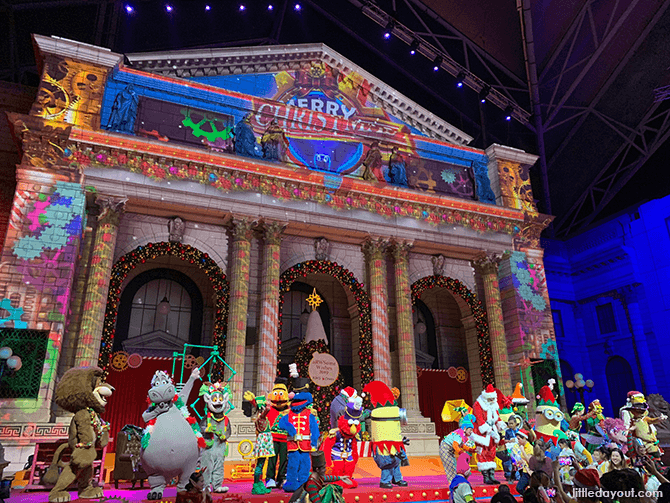 From the Minions to Sesame Street, all the lovable Universal characters took turns spreading the Christmas cheer and holiday spirit in the spectacular show. 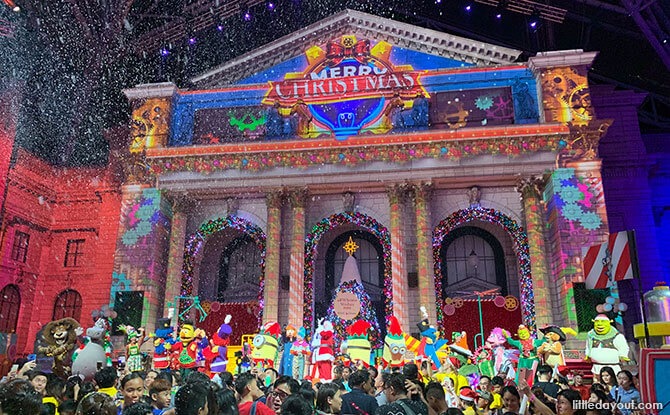 The evening was capped off with the largest snowfall in the history of Universal Studios Singapore and a meet-and-greet with all the Universal characters. 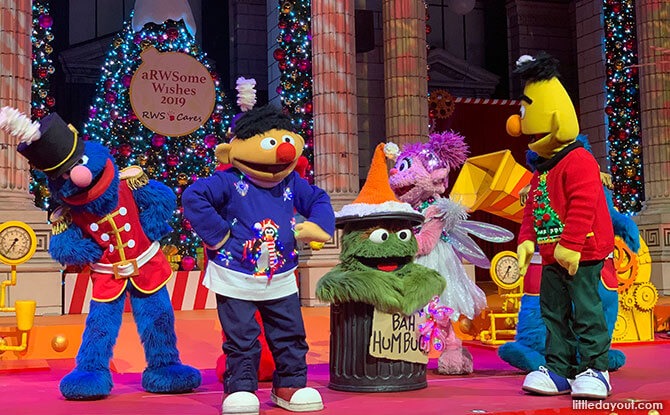 The Great Christmas Invention show at A Universal Christmas is sure to be a hit with park-goers and a great way to end off a day at the Sentosa theme park. 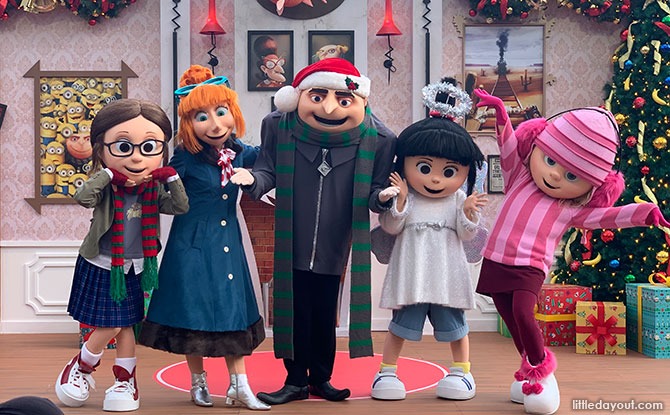 Other highlights of A Universal Christmas, which runs till 1 January 2020, include meet and greet with Gru, Lucy and the girls, fireworks and other festive performances.