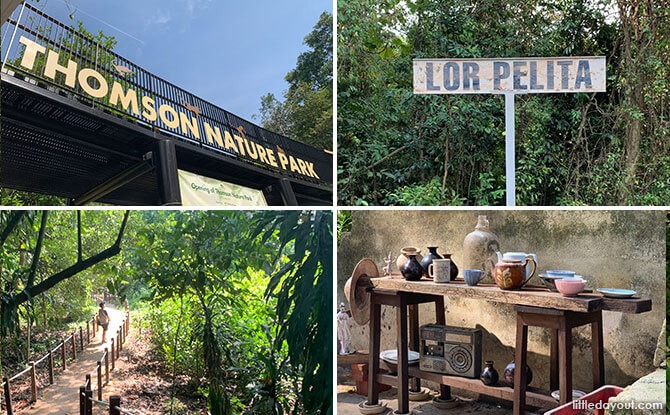 Thomson Nature Park is one of the buffer park around the Central Catchment Nature Reserve. Located along Upper Thomson Road, the park is unique and interesting to visit because of its heritage as the site of a former Hainanese Village and rambutan plantations. 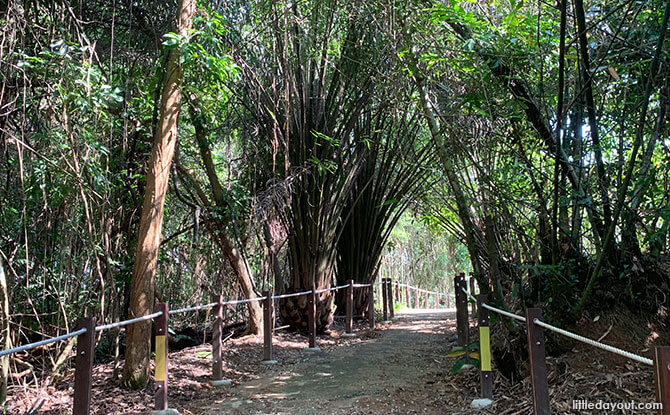 Imagining Kampong Life in the 1960s

In its heyday, during the 1960s the area was home to a kampong where families from Hainanese, Teochew, Hokkien, Cantonese, Malay and Eurasian backgrounds lived side by side. The village dates back to the 1930s and the last villagers moved out in the 1980s. 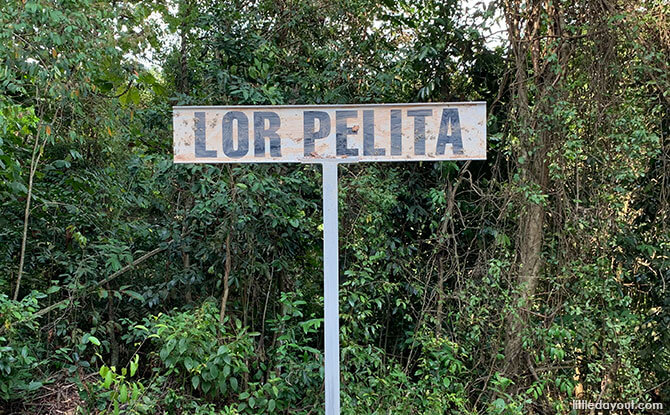 Roads like Lorong Pelita once ran through the area. This road has since been expunged but a street sign still remains. Since the residents of the Hainanese kampong moved out three decades ago, the forest has reclaimed the area. Shrubs, vines and trees cover the ruins of the former dwellings. Stairs lead off into the distance to nowhere. Wells, an essential source of water in the village, have been covered up.

What is most interesting about Thomson Nature Park is that NParks has used the ruins of the village to convey an interesting narrative which stretches back into Singapore’s past. For example, an information panel tells of a famous rambutan plantation once found in the Thomson Nature Park area. Another information panel tells us that House 56, Lorong Pelita was owned by the Han family. They reared pigs (up to 400 at stage – imagine the noise!) and poultry, and also had a rambutan and coconut plantation. The house at 25 Jalan Belang belonged to the family of Mr Han Choon Fook. The entrance to the house is marked by a pair of brick gateposts, one still standing and the other now-knocked over. Mr Han’s father was the founder of Han’s Bakery along Upper Thomson Road. The bakery has since grown and is now well-known as Hans. Other information panels describe how villagers would look out for each other in the close-knit community.

Trails through the Forest There are a total of five trails within Thomson Nature Park. They are fairly easy to walk on but you can expect to encounter some slopes along the way. The Ruins and Figs Trail, Stream and Ferns Trail and Rambutan Trail lead past the residences of the former village. The Macaque Trail and Langur Trail lead out to Old Upper Thomson Road. Thomson Nature Park also has a freshwater stream running through it. The park is a complementary habitat for local wildlife such as the Malayan porcupine and Lesser Mousedeer. 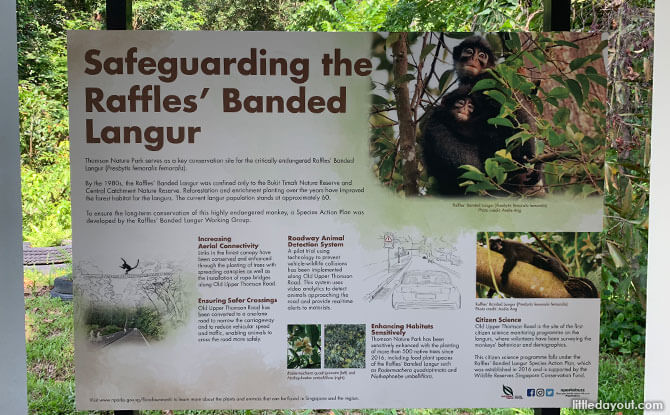 Most importantly, it is a conservation site for the critically endangered Raffles’ Banded Langur, previously known as the Banded Leaf Money. These rare primates are able to access the site through a specially created access bridge.

The park is off-limits between 7 pm and 7 am so as to provide respite for wildlife.

Paths are clearly demarcated by rope barriers and visitors should stay on the paths when visiting Thomson Nature Park. Thomson Nature Park is accessible from Upper Thomson Road and there are a limited number of car park lots at the small Thomson Nature Park car park. Restrooms and an event space with information panels about the area’s history and the Raffles’ Banded Langur can also be found close to the park’s entrance. READ: 7 Things to Know about Sembawang Hot Spring Park So We can All Enjoy It Together

READ: Walking Amidst the Trails of Chestnut Nature Park