Home Lifestyle Humour 15+ October Jokes To Fall In Love With 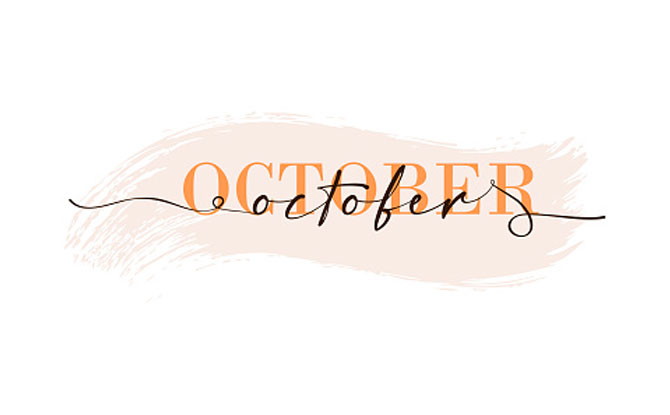 October is one of the months that mark the year coming to an end. Some people associate Ocotber with the cosy vibes of fall while others think of October as the month for spooky seasons like Halloween. No matter what you think of October, there is always time for October jokes that you can laugh at.

1. What is a clinical trial done in October called?
A trick or treatment.

3. A guy walks into a bar and orders a beer. “Ah, October! Almost time for Halloween. This season reminds me of how I met my wife. I went to a costume party and saw her across the room. Standing there tall and gorgeous next to her friend. They’d come to the party together dressed as the number ten,” he tells the bartender. “That’s when I knew, she was the one.”

4. What is the longest name in the world?
JASON, it takes 5 months to spell it. (July, August, September, October, November)

6. I can’t believe people are letting fireworks off in October!
It’s scared the dog so badly he’s knocked the Christmas tree over.

7. I always carry a stone with me that I use to throw at people who play Christmas music in October.
I call it my Jingle Bell Rock.

8. I found a ghost passed out on my stairs last night.
He must have been really into the boos!

9. End of the month? I guess you could say October is…
Oct-over

11. I hate that SEPTember, OCTober, NOVember and DECember aren’t the 7th, 8th, 9th and 10th months…How could they mess that up?

12. Apparently I was supposed to wait until October 31st to dress up like a ghost.
Guess I spook too soon.

13. Somebody needs to wake up Green Day
It’s October 1st

14. An Alaskan was on trial in Anchorage.
The prosecutor leaned menacingly toward him and asked:

“Where were you on the night of October to April?”

16. It’s October 1st and we all know what that means to stores around the world.
“It’s beginning to look a lot like Christmas…”

17. One day in October, Humpty Dumpty went to the clothes store…
He picks out a nice sweater, a couple pair of socks, a coat, etc. He pays for them and leaves. He heads out and goes to get groceries, and buys milk, eggs, tuna fish, matches, and a single pumpkin. On his way home now, he sees a stray cat in the cold. Feeling charitable, he offers it some tuna fish, and decides to take it home. Now home, he takes a match and lights his fireplace, gets a blanket, and wraps the cat with it. It falls asleep. He then takes the pumpkin and begins carving it out to be a Jack o’ lantern. He takes a picture and sends it to a friend, who gives it a 10/10. Now tired, he wraps himself in a blanket, lies in a chair next to the fireplace, with the cat sitting cozy in his lap. He thinks to himself before he drifts asleep…“Humpty Dumpty has had a great fall!”