You have another reason to head along Night Safari’s walking trails as the wildlife park has unveiled a new walk-in exhibit for civets. In addition, you can get to see two new nocturnal animals, the Brazilian Porcupine and the Grey-handed Night Monkey.

Civet Exhibit at the Night Safari 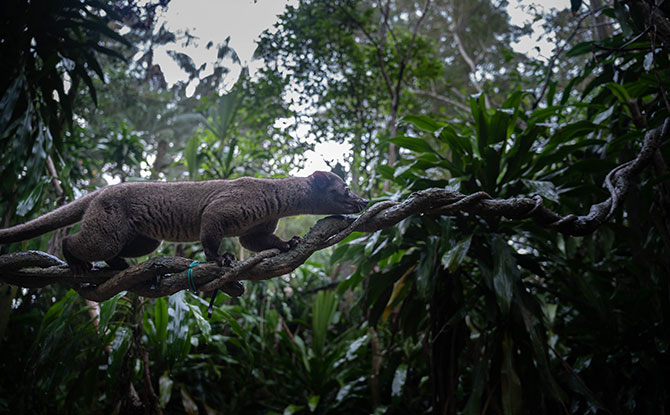 The new Civet Exhibit is located along the Leopard Trail and is home to seven Common Palm Civets and seven Small-toothed Palm Civets. These animals are native to Singapore and spend much of their time in the trees.

As such, the 677 square metre exhibit has been designed to have an abundance of trees and branches for the nocturnal animals to climb.

“Through the walk-in civet exhibit, we hope to deepen people’s appreciation of Singapore’s rich biodiversity and create awareness about co-existing with them,” said Saravanan Elangkovan, Deputy Vice President of Animal Care at Mandai Wildlife Group.

Visit the Brazilian Porcupine and the Grey-handed Night Monkey

The Night Safari has also welcomed two new species. The Brazilian Porcupine and the Grey-handed Night Monkey will take up residence along the Fishing Cat Trail.

Both of these animals are arboreal mammals native to South America.

You may be able to spot the pair of Brazilian Porcupines climbing a branch with the aid of its prehensile tail which is the length of its body.

Two Grey-handed Night Monkeys will be making their appearance later in June. This species is one of the few true nocturnal monkey species in existence. They are listed as Vulnerable under the International Union for Conversation of Nature (IUCN) Red List.

The Kinkajou, a small mammal related to raccoons and coatimundis will be also be sharing the exhibit.