Home Play Navy At Vivo 2019: Connecting Singaporeans To The Sea From 13 to... 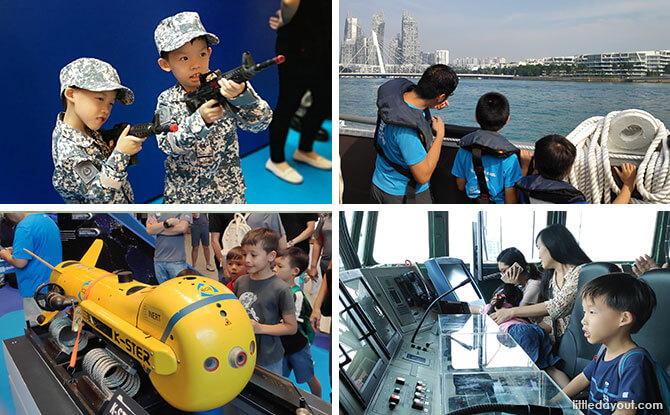 Navy at Vivo 2019 is heralding in the first few days of the year end school holiday season. This year is the first year my family managed to ballot successfully for tickets to the Fast Craft Utility (FCU) vessel as well as the RSS Supreme frigate tour! What a double blessing!

Connecting Singaporeans to the Sea

The sea, to most of us, is just a body of water that we are surrounded with. The theme of Navy at Vivo 2019 makes us delve deeper into the importance of the sea, navigating and well as defending it given our maritime status. 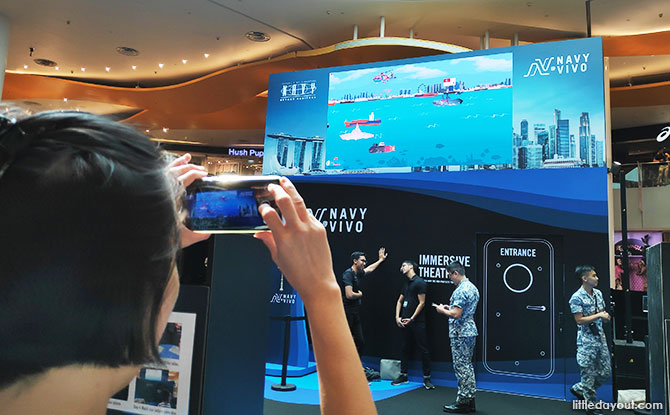 The indoor exhibition showcases how much we rely on the sea for sustenance, not just food but power sources and internet connectivity!

Piped natural gas which generates 95% of our electricity in Singapore are sourced from our neighbouring countries, connected with pipes under the sea. Similarly, our internet connectivity is enabled by undersea fibre optic cables connecting us to the rest of the world.

The seas play a much larger role than we think they do!

On board the Fast Craft Utility Ride at Navy @ Vivo 2019 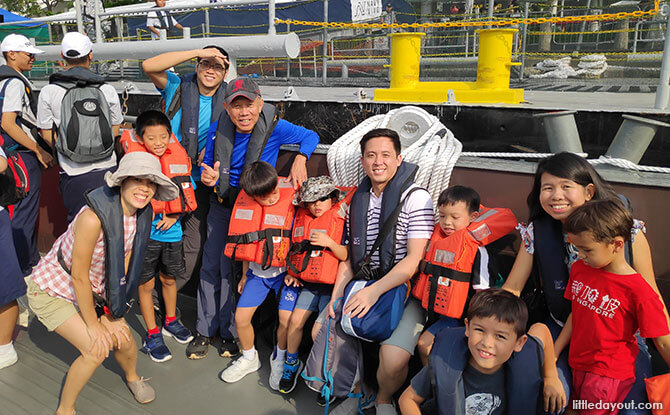 The Fast Craft Utility (FCU) ride is one of the most popular rides during Republic of Singapore Navy’s (RSN) community outreach events. The FCU is fast and used mainly for transporting troops as well as lighter vehicles. It can also go into shallow waters, go up to 20 knots and carry 18 tonnes easily!

After getting bags checked and putting on the safety vests, we excitedly boarded the vessel for a tour off the coast of Singapore. It was a lovely ride to see the Southern coastline past key maritime landmarks such as Pulau Bukom, Keppel Bay, Labrador Park, Southern islands and Sentosa. We were also surrounded by cargo ships, oil tankers which highlights the importance of Singapore’s waterways for trade and commercial activities. 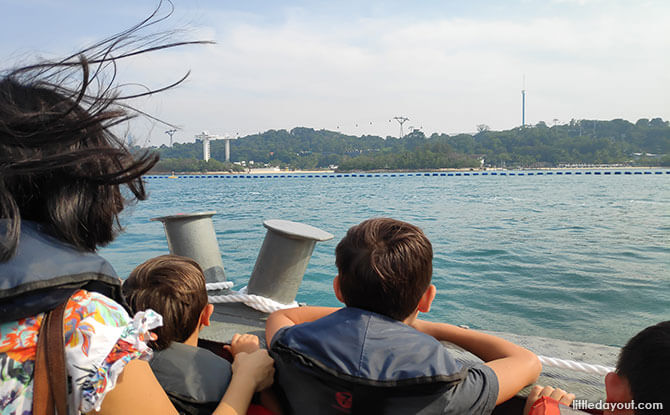 As the FCU made a turn to head back to VivoCity, it sped up and gave us a hint of how fast it could go, deftly leaping over waves. It was an enjoyable few minutes of thrill. We could also see Sentosa, its fortifications at Fort Siloso and imagined what it would be like to be stationed there during a seafront attack.

After experiencing heat and humidity for just 30 minutes, we were glad to be heading indoors to the central court where the Navy at Vivo 2019 exhibition was held. 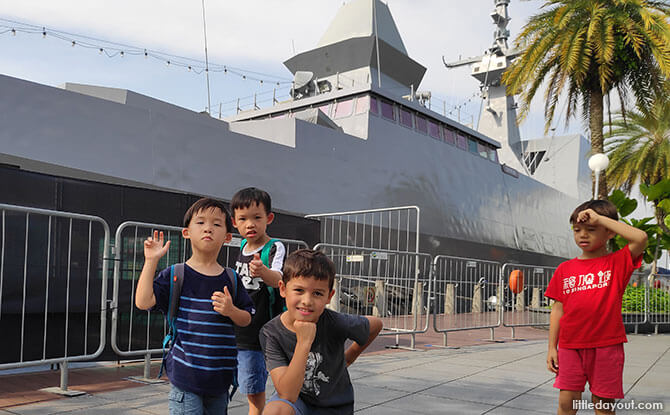 It was a jaw-dropping experience seeing a warship up-close at Navy at Vivo 2019.

As first-timers, we were bowled over by the sheer size of the ship as well as the chopper on board. The RSS Supreme is the sixth and final ship to complete the RSM’s Formidable-class frigate squadron. It has carried out a wide spectrum of missions, from joint exercises with other nations to the search for missing Airasia flight in Java Sea in 2014. 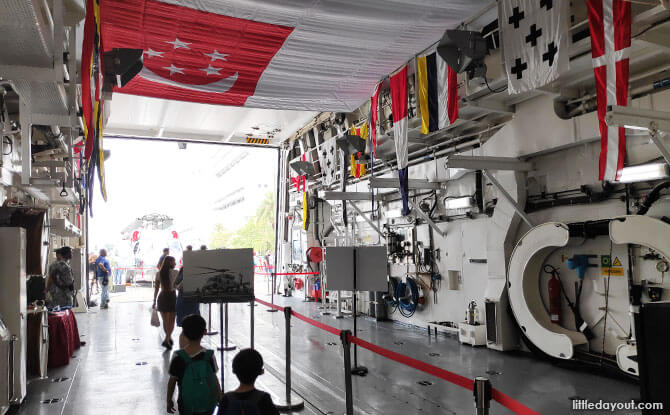 As we mounted the deck of the warship, we could see the ship was dressed at its best with many flags hanging – signifying celebration.

Entering the torpedo zone, we felt like we were in warzone where flashing red lights indicated a torpedo was about to be fired! Of course, it was just to show us the capabilities of a warship.

We saw even more weapons before proceeding to the “eyes” of the ship – the bridge. 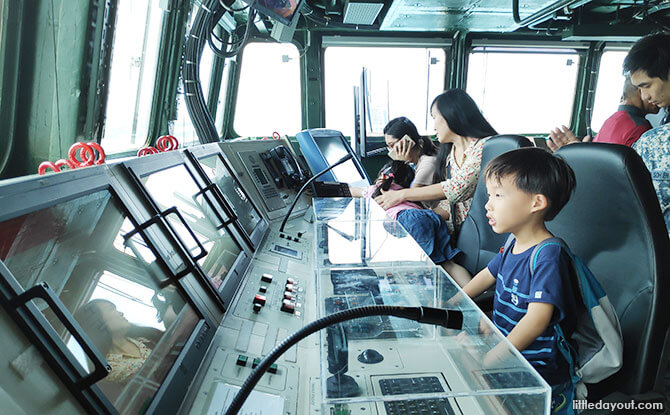 The bridge is where the Commanding Officer (CO) sits, with a good view of the surrounding seas as well as the various indicators and control panels.  That was the only time we could sit in such an important seat on board a warship, pretending we were in command of an entire squadron.

There was a huge amount of screens with numbers we could not comprehend as well as an endless amount of buttons – thankfully encased in a protective casing that were not accessible to the itchy fingers.

Do be careful when touring the warship as certain passageways have steep stairs. After descending a flight of steps, we could see the living quarters of a senior naval officer consisting of a desk, chair and bunk beds.

We proceeded to storage areas and saw a naval gun in glass case on display. These were definitely ‘untouchables’ given how lethal they could be. 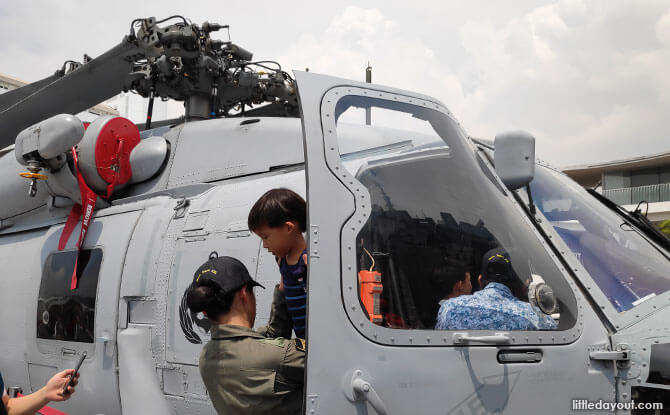 A fun end to the tour was the chance to sit on the naval chopper RSS Sea Lion and touching the controls, pretending to fly a chopper.

Another highly rated activity is to watch the sunset ceremony on board the RSS Supremel it is one of the oldest naval tradition still practised around the world. 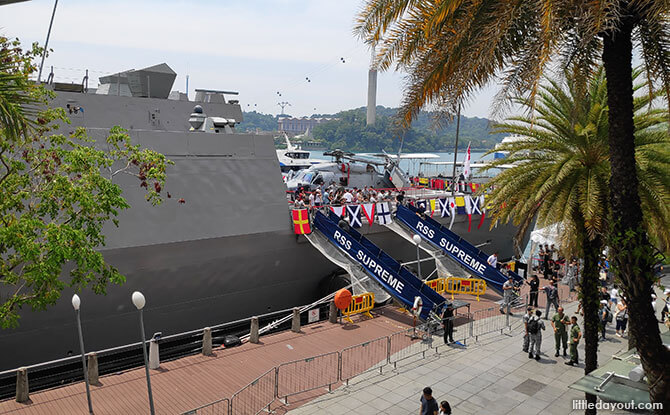 RSS Supreme has sailed to many parts of the world from Guam, Hawaii to Shanghai. It was a treat to have it docked at VivoCity and to see the different parts of a giant ready for maritime battles. Friendly naval officers were on hand to answer any questions we might have. So be ready to fire your questions during your tour! 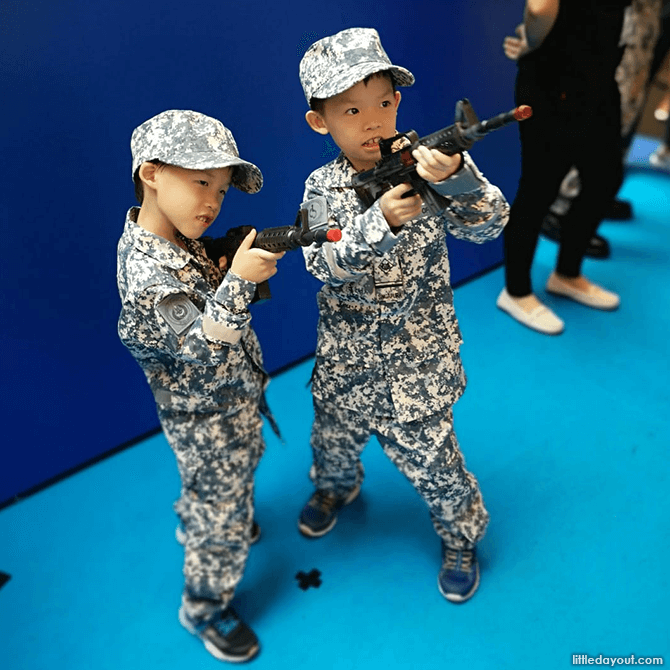 At the Central Court of Vivo City is where the exhibition of weapons, drones, various displays are shown. For the kids – this is also where the kid-friendly action takes place. For those who are keen to try holding the compact, lightweight weapons or see the mine disposal vehicles and the unmanned aerial vehicle, here’s your chance to see them up-close! 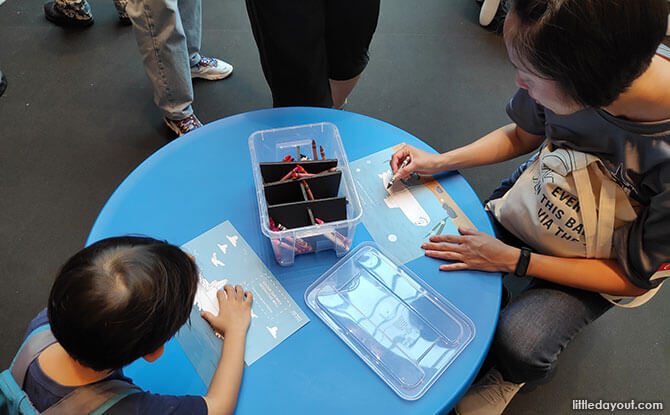 There are other child-friendly activities such as the highly popular photo booth where you get to dress up as little naval officers and a colouring station where creations will join the medley of artworks on the Navy interactive wall. The opportunity to design submarines, frigates and choppers was much appreciated by our little ones! 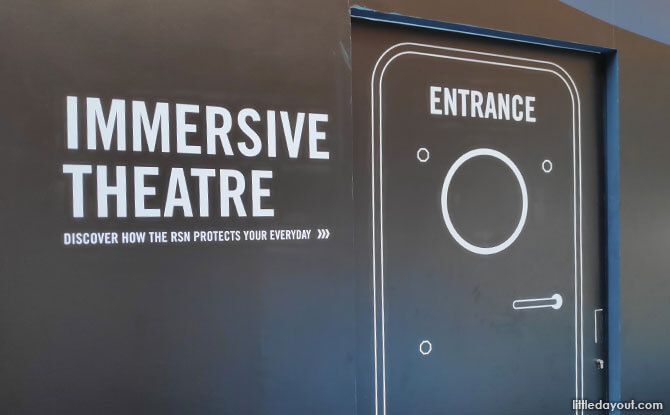 For an immersive experience, visitors could enter the immersive theatre for a short film on the critical role of the Republic of Singapore Navy. It was an action-packed film showcasing a naval officer’s role defending our nation, simulating an exercise targeting a terrorist threat off Marina Barrage. Which child wouldn’t love that! 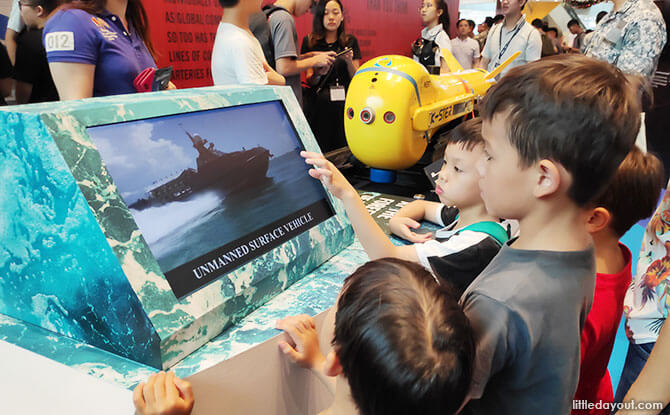 Navy@Vivo 2019 is a great event for the entire family! Apart from the activities mentioned above, you can catch the elite naval divers in action with a grueling boat physical training at the Amphitheatre or attend a story-telling session at VivoCity’s library at different timings. Only five more days to go before the annual Navy outreach ends, so hurry and don’t miss the Navy making a splash at Vivo City!