Home Play Playgrounds Musical Playground At Gardens By The Bay: Make Music Together 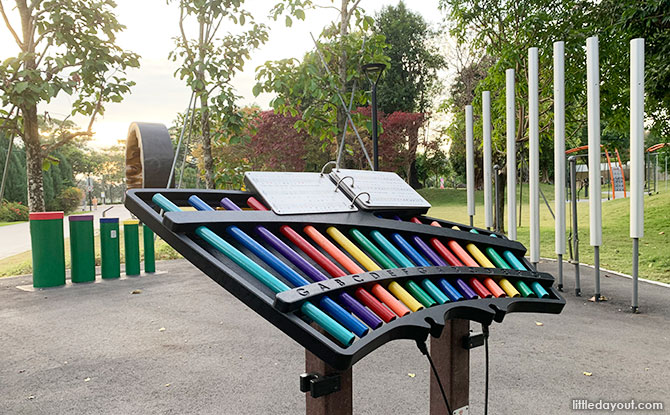 Get together with family and friends to make some music at Gardens by the Bay’s Musical Playground at the recently-launched Active Garden.

Located in the north-western corner of Gardens by the Bay South, close to the water and the linkway that connects to Marina Bay, the Musical Playground is a little play spot where people of all ages can come together and have musical fun.

Gardens By The Bay’s Musical Playground 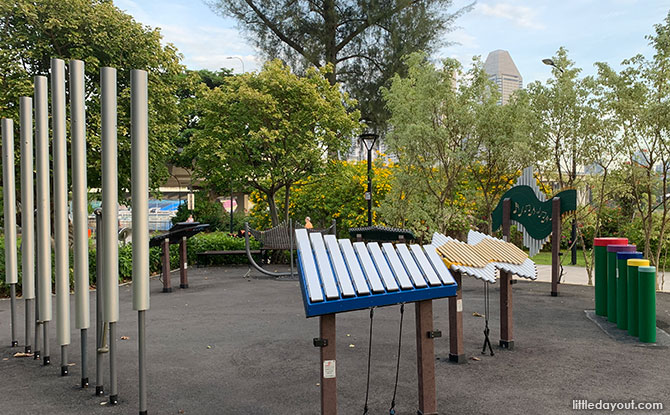 The musical playground is made up of eight outdoor percussion instruments, laid out in a circular fashion, facing each other. It is the equivalent of a DIY drum circle that people can participate in.

The outdoor musical instruments are by Freenotes Harmony Park and invented by Grammy Award-Winning musician Richard Cooke. They are distributed in Singapore by Cadence Musical. 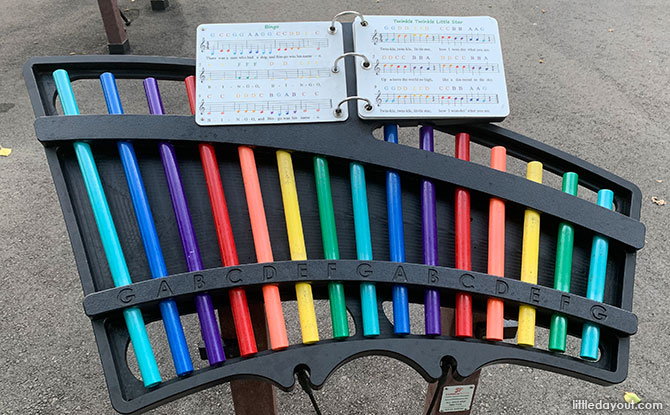 Among the instruments at the Gardens by the Bay’s Musical Playground is the Serenade, a colourful set of chimes which can also come with a “book” of sheet music. 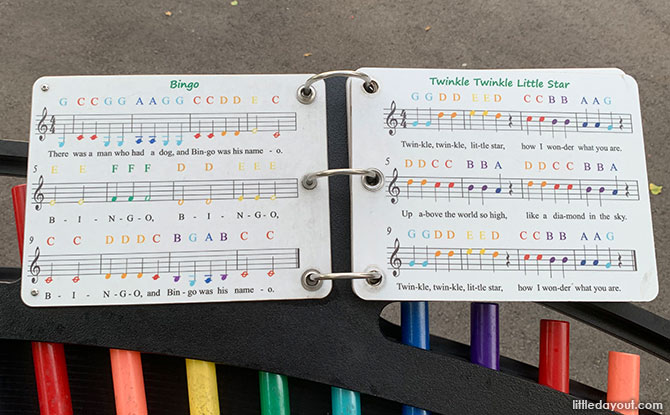 The music in the book include easy classics such as Bingo, Happy Birthday and Twinkle, Twinkle Little Star. 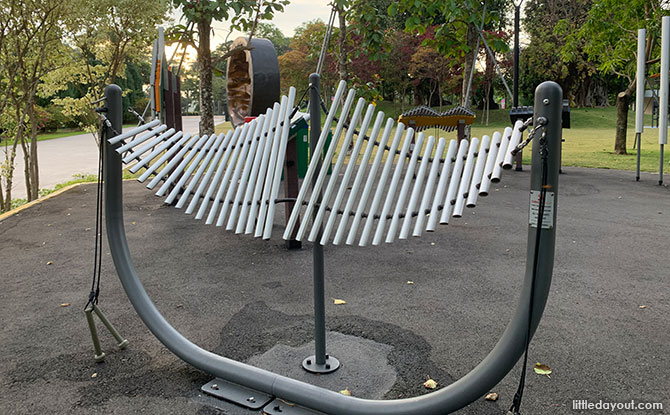 Another interesting set of chimes is the Manta Ray, named for its distinctive shape. There is also a set of Swirl chimes. 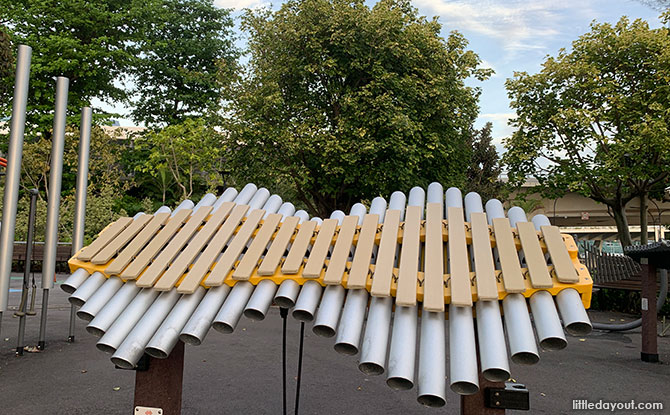 Adding more colourful tones to the mix is the Imbarimba marimba, a combination of a marimba and a kalimba, and a Yantzee xylophone. 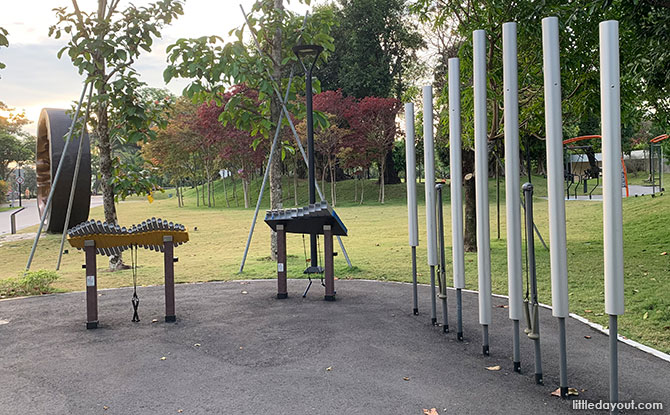 Carrying the low end is a set of Contrabass Chimes with deep, resonant tones packaged in towering tubes. 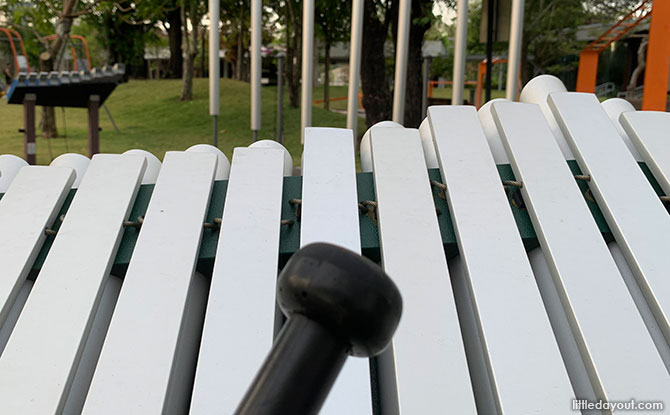 All these chimes, marimbas and xylophones are played using mallets which are attached to the individual instruments. 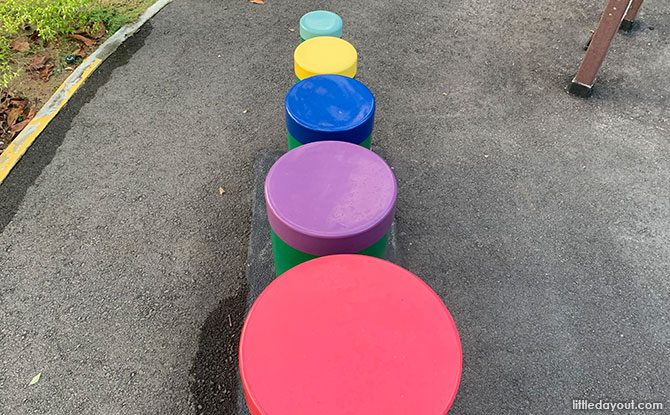 Those who love a beat can use their hands to play on a set of tuned drums too.

The set of outdoor musical instruments provide an opportunity for community music making. We can imagine trying to get everyone to coordinate and play together. 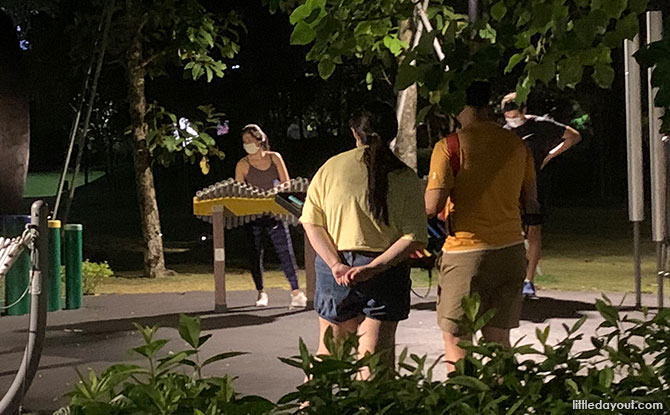 Another good thing about the location of the outdoor musical instruments at Gardens by the Bay is that you can pop by to play them even at the late hours of the evening. No one is likely to complain about the music. 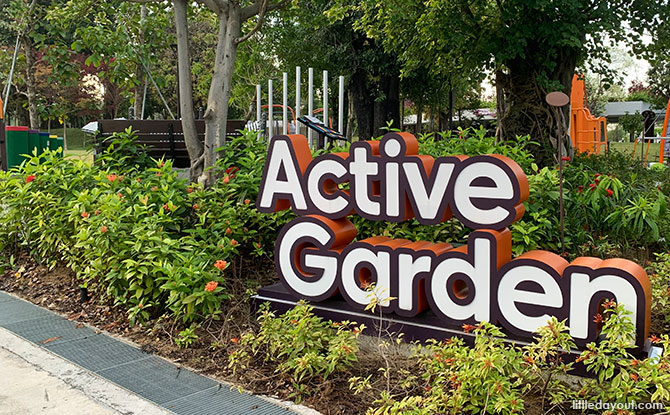 The Musical Playground can be found at Gardens by the Bay’s Active Garden.