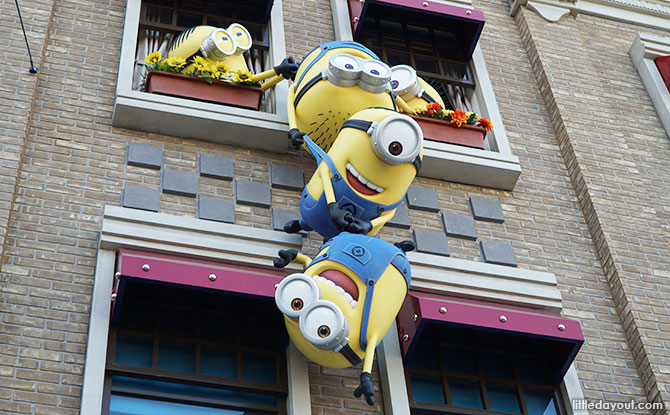 Universal Studios Japan’s Minion Park is one of the most popular spots for kids in the Osaka theme park and understandably so. There’s plenty to love about the adorable, banana-loving henchmen from Despicable Me. 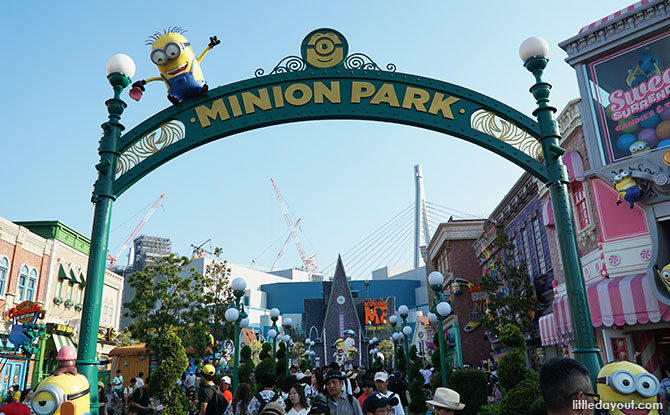 Laid out more like a mini town than a park at Minion Park, Universal Studios Japan. The themed area is divided into the East Side and the West Side, with a driveway leading up to Gru’s house in the centre. 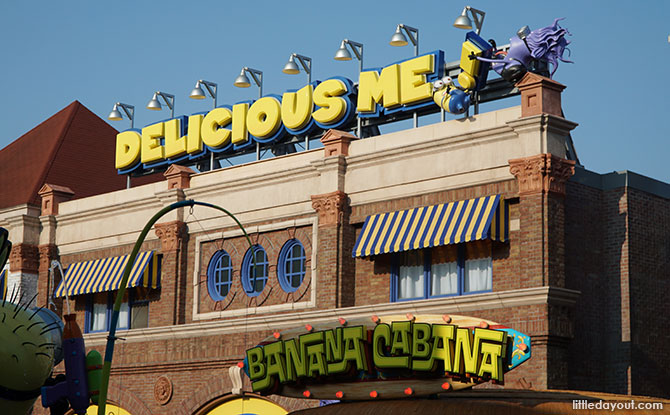 Need a snack? Head to the East Side where there is a Banana Cabana (we didn’t see that coming) and cookie kitchen. 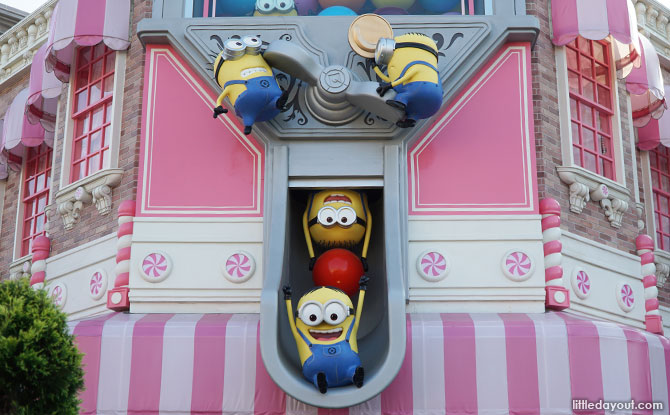 The West Side is a shopping zone with sweet shop, Minion-inspired fashion items. Don’t forget to pop into the fun store too.

One of the attractions at Universal Studios Japan’s Minion Park is the Space Killer, an arcade game where visitors can try to win a stuffed unicorn just like Agnes did at Super Silly Fun Land in first Despicable Me movie. 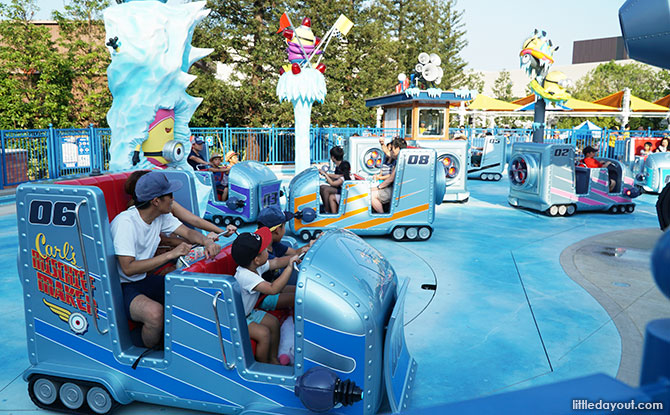 After that, head over the Freeze Ray Sliders ride and go on a mayhem-filled race on “ice”. 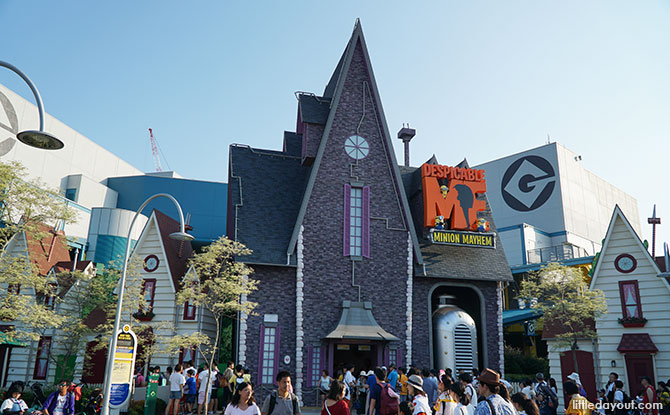 The highlight of Minion Park, Universal Studios Japan is Despicable Me Minion Mayhem, a ride which is housed in Gru’s… errrm… house.

In Minion Mayhem, get turned into a minion and go on an adventure on a motion ride where guests are seated in multiple ride vehicles, each with a slightly different perspective. Minion Mayhem makes use of a huge dome screen to provide an immersive ride experience that concludes with a heart-warming ending. 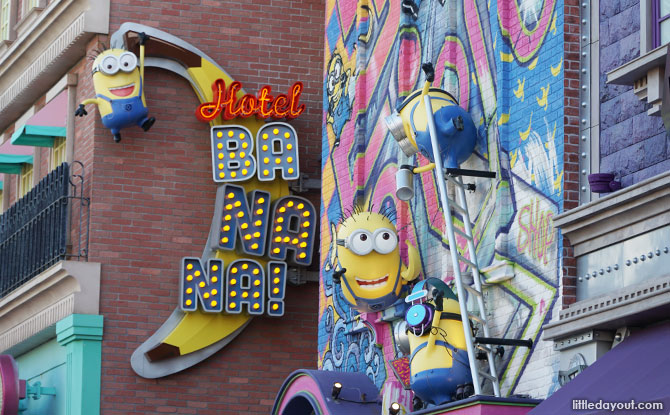 Those who love the popular, yellow minions will have a literal field day at Minion Park. There is plenty to soak in with a high level of attention paid to the details in the theming. 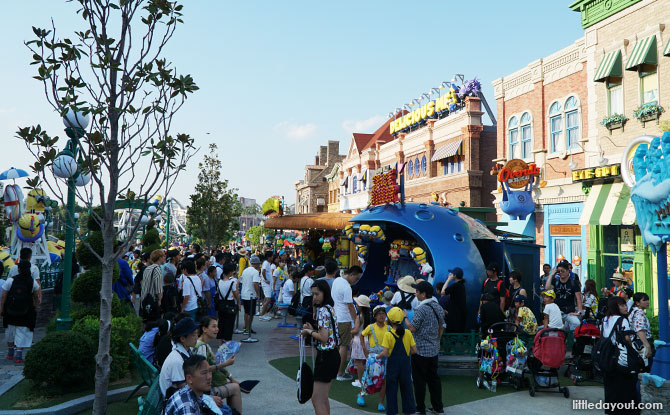 It is no wonder that this themed zone at Universal Studios Japan is often packed with crowds.

Little Day Out is an affiliate of Klook. Little Day Out receives a small commission for each ticket purchased for Universal Studios Japan through our Klook link.