Madame Tussauds is bringing a bit of K-glamour to Singapore with a new K-wave Zone featuring wax figures of Korean stars in an instagrammable setting.

The new K-wave Zone at Madame Tussauds Singapore opens to the public on 28 January 2021. According to the Sentosa attraction, this new zone was in part created in response to fan requests received over the years. 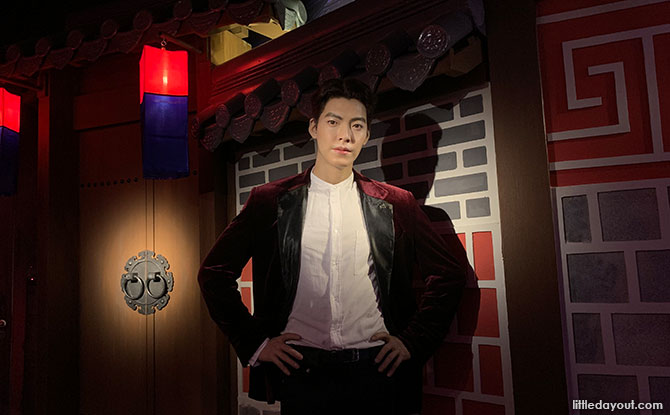 Madame Tussauds Singapore’s K-wave Zone will be open for a year. The initial “stars” that fans can pose with at the new section of the attraction are actors Kim Woo-bin and Song Seung-heon, along with singer and actress Bae Suzy, star of Netflix’s ongoing drama Start-Up.

The wax figure of Kim Woo-bin is the only one-of-its-kind in the Madame Tussauds collection. It is on loan to Singapore from Madame Tussauds Hong Kong, for a limited time only.

Each wax figure is constructed using more than 200 measurements taken during a sitting with the celebrity. It takes between three to six months to complete a figure.

Madame Tussauds Singapore will be changing wax figures at the K-wave Zone every quarter.

The zone is designed to be Instagram-friendly and features pretty pink cherry blossoms and a hanok-style backdrop. 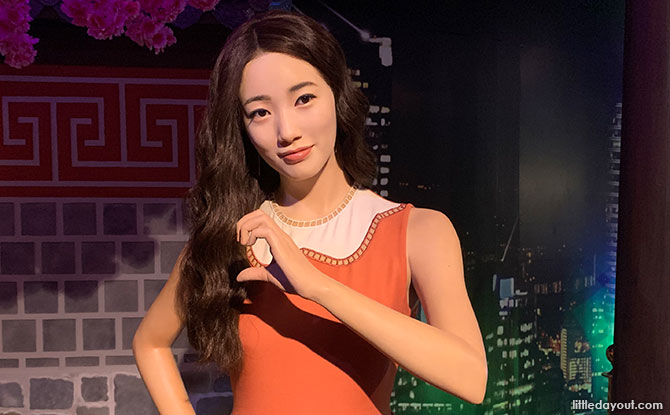 One of the poses that visitors can strike is to help complete a “heart” with Bae Suzy.

The K-wave Zone is included as part of the admission to Madame Tussauds Singapore.