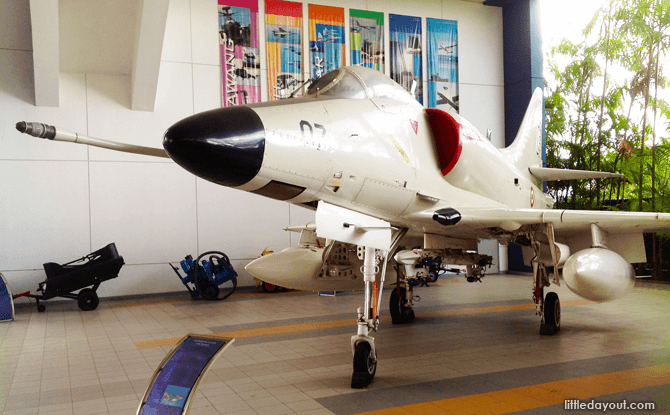 The Singapore Air Force Museum at Paya Lebar Air Base is a must-visit for families with young boys. They will love the many aircraft and other aviation-related exhibits on display.

This story was first published in January 2016.

Step up and peer into the cockpit of a vintage two-seater TA-4S Skyhawk plane from 1975.

Reach out and touch a turbojet Rolls-Royce Avon MK-100 engine, which was used to power a Hawker Hunter in 1972.

Then fly into the future with futuristic 3D videos, interactive multimedia stations and simulators that tell the story of how the Republic Singapore Air Force (RSAF) came to be what it is today. 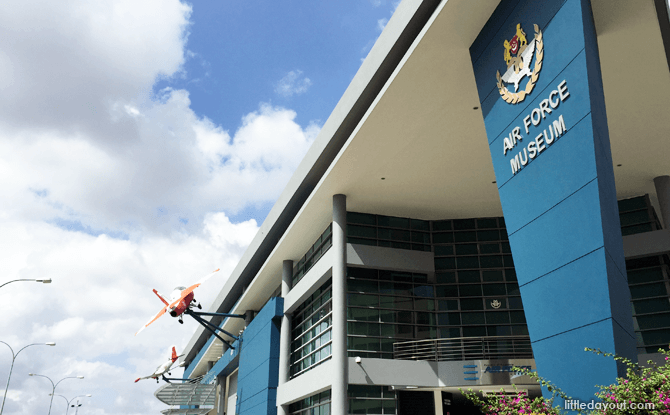 A visit to the Air Force Museum is an impressive flight of old and new.

Visitors are encouraged to begin their tour upstairs on Level 2 at the indoor gallery of the Air Force Museum.

But who can resist the allure of real planes, helicopters, plane engines and missile systems? These are all artefacts that the kids can actually touch, at the Outdoor Gallery on Level 1.

Situated right next to the carpark, you can’t miss the Outdoor Gallery. 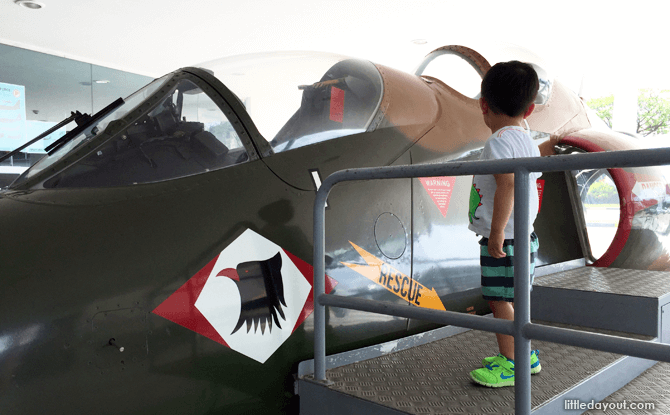 Of note is the TA-4S Skyhawk with a raised platform so that the kids can look easily into the cockpits of the two-seater plane. 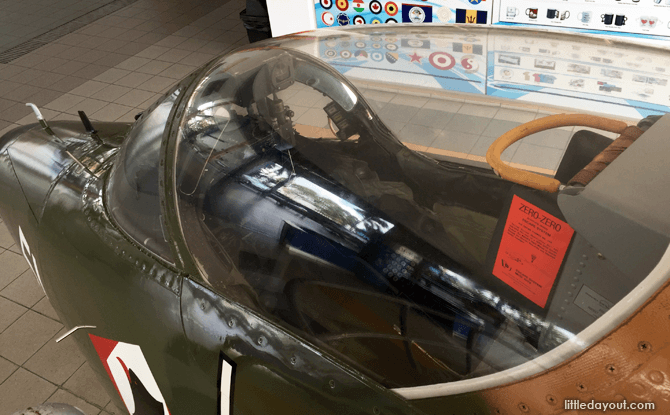 You can peer inside to have a good look. 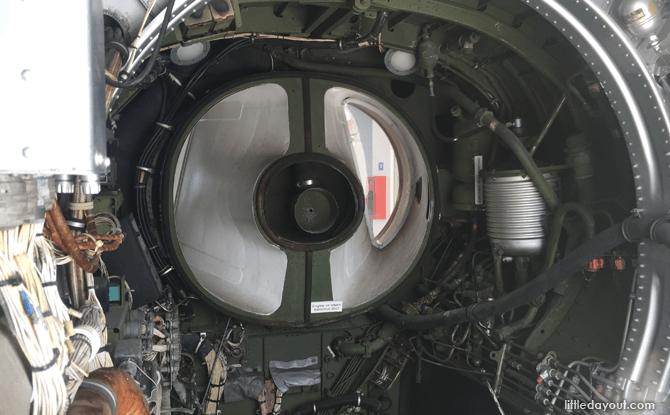 The cross-section of the Skyhawk shows of the inner workings and wiring of the plane, too. 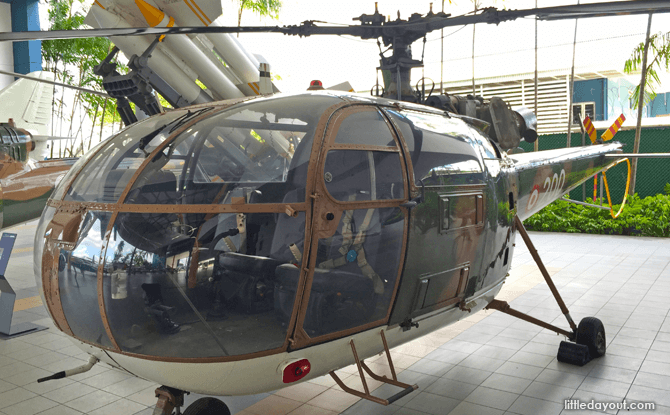 This French-built Alouette III helicopter was one of eight which formed the RSAF’s first helicopter squadron in 1969. 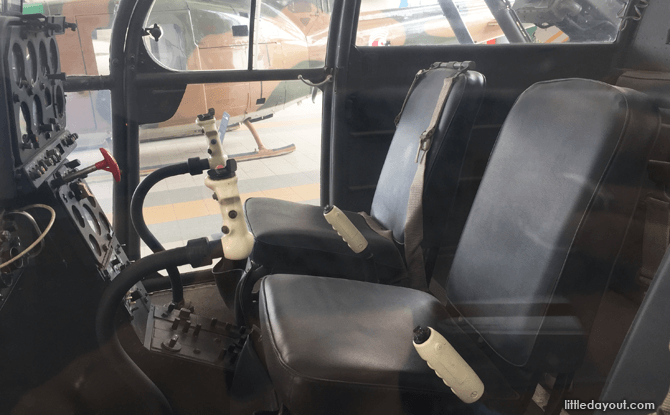 It is sure to be fascinating for kids. 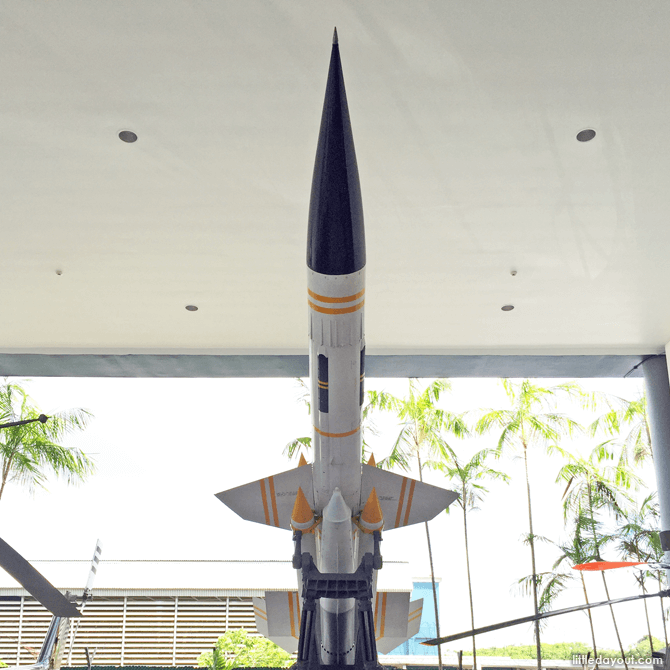 Take your time and let the kids explore the missile system, 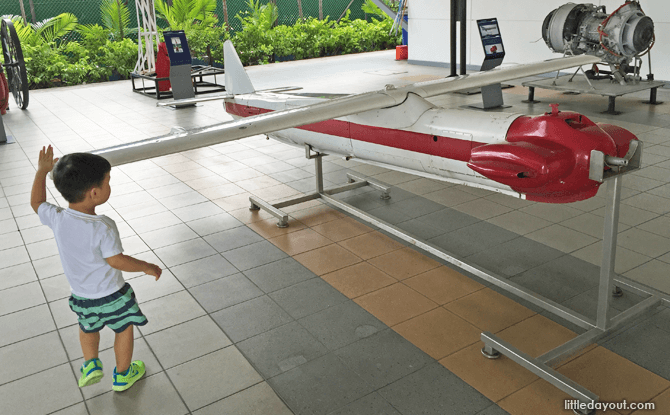 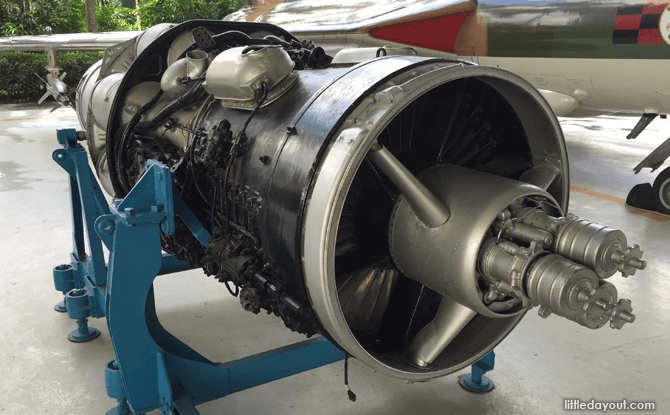 and other aviation-related parts at the Air Force Museum’s outdoor gallery.

Take the lift upstairs to the indoor gallery on the second level, and you’ll get whizzed forward in time. 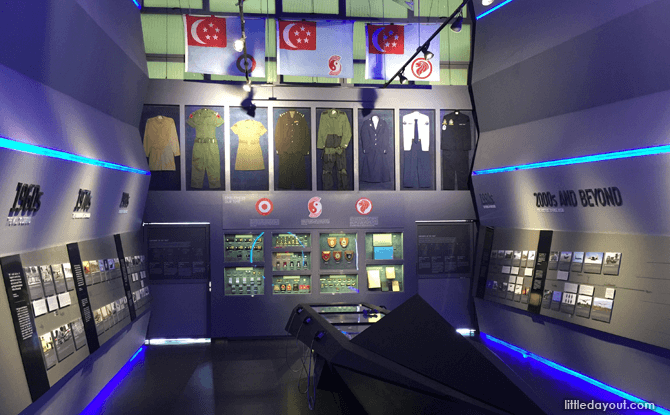 In cool air-conditioned comfort, visitors are first introduced to a brief history of the Air Force from the 1960s to the present, including the RSAF uniforms of the past. 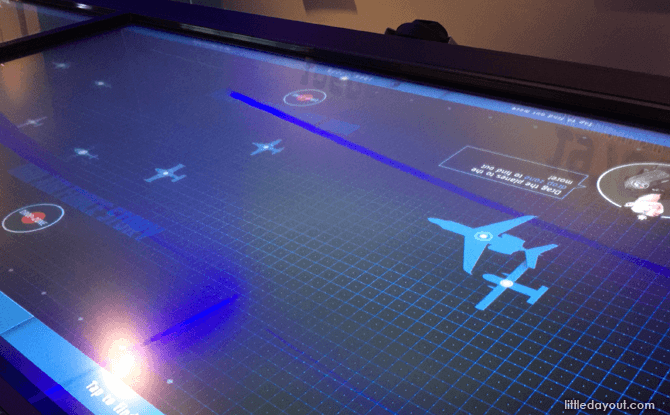 A big digital console is the centrepiece of the first exhibit, with a multimedia touchscreen encouraging users to find out more about the aircraft of RSAF. 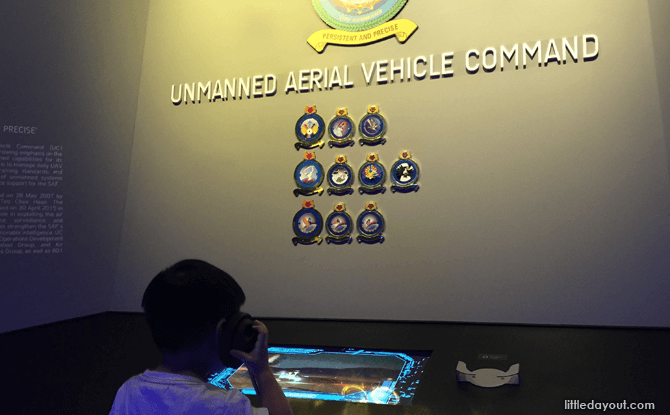 Walking through to the next section, you’ll come to a series of exhibits with multimedia audio guides. 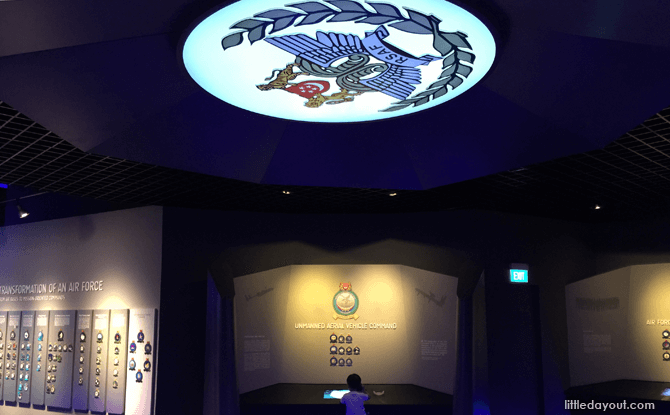 Both adults and children will enjoy what is clearly a highlight at the Air Force Museum: A huge three-player multimedia simulator where you can fly a plane and execute combat manoeuvres, with a realistic panoramic screen. 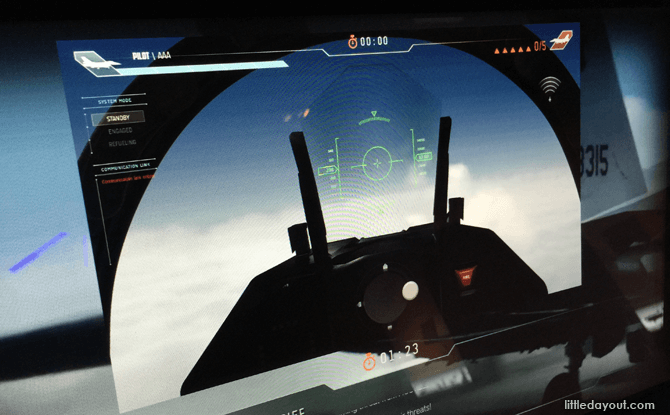 Throughout the exhibits, the miniature aircraft and display information are a combination of multimedia and 3D models. There is much to see. 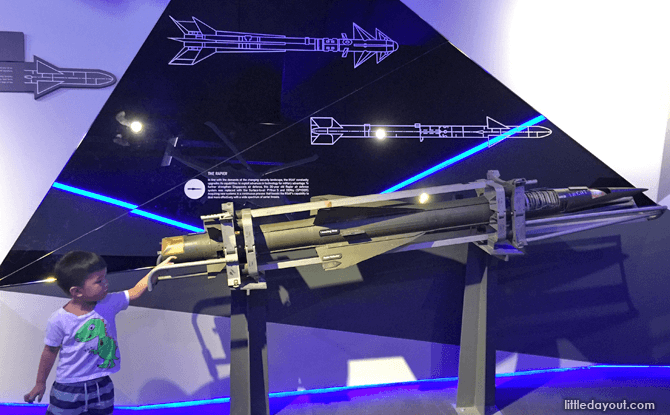 And of course, we HAVE to touch the heat-seeking missile, which is assuringly marked “INERT”. 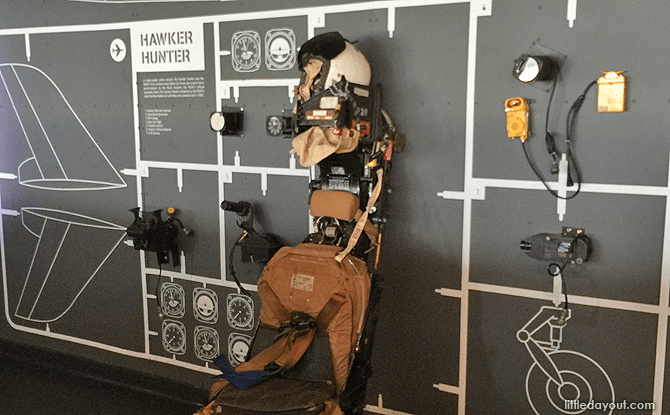 The simulated interior of a Hawker Hunter, a single-seater combat-ready fighter jet, showed what it was like as a Black Knight in the early aerobatics performances which Singaporeans saw.

From control panels to the gear of the Black Knight pilots, this exhibit captured a spectacular part of RSAF’s history. 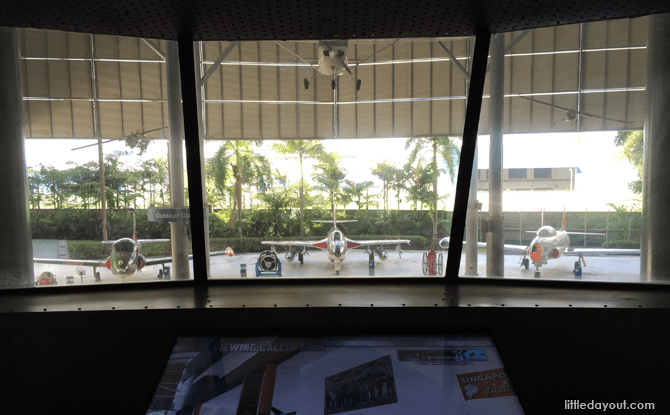 From the ‘cockpit’ of the Hawker Hunter, visitors can enjoy a panoramic view of the planes and such of the outdoor gallery on the first floor. Besides the impressive fighter jets, the Museum also recognises the servicemen and support aircraft like transport planes. 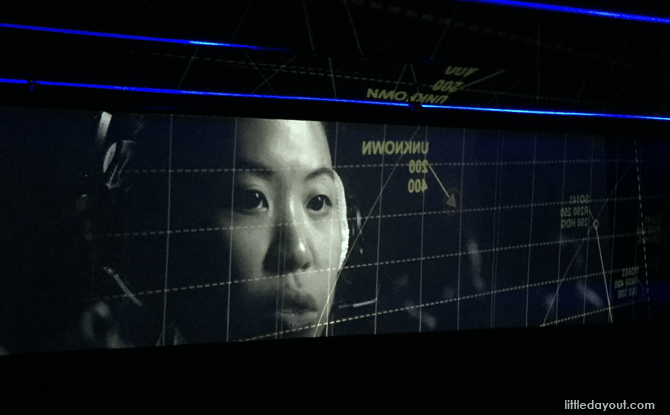 A 3D short film also showcases the capabilities of the RSAF and its personnel in defending Singapore’s airspace these decades. 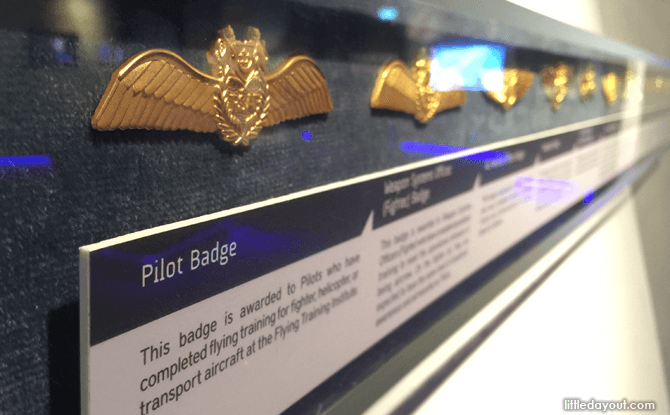 Truly, the sky’s the limit and a visit tot he RSAF Air Force Museum will inspired kids who love planes and aircraft.

Kūwaha, Doorway Sculpture From New Zealand, Unveiled At Gardens By The Bay