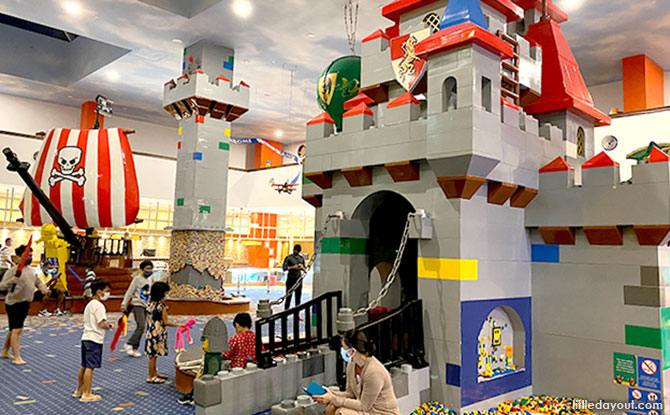 It is hard to miss the LEGOLAND Hotel in Johor, Malaysia. Even from a distance, the brightly coloured hotel is unmistakable. Most hotel lobbies are formal spaces. LEGOLAND Hotel’s lobby is completely the opposite. At the centre of the spacious lobby are a life-sized knight’s castle that kids can run into and a pirate ship. Around the structures are plenty of LEGO pieces for kids to pick up and play with. Behind the check-in desk are 12,528 LEGO mini figures on display.

Elevators taking passengers from the lobby to the rooms are fully decorated. Adding to the excitement, once the doors close, disco lights and music are cued and families can dance along to LEGOLAND Malaysia’s 10th anniversary theme song “Celebrate Awesome!” during the ride up to the rooms. Previous hits include “YMCA” and “Turn the Beat Around”. 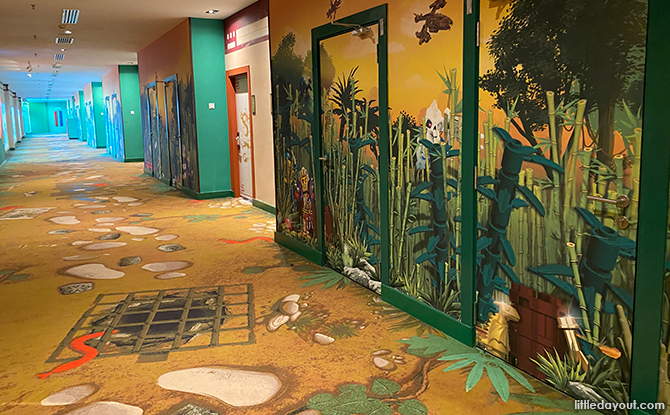 Each floor is decorated according to one of four themes – Pirate, Adventure, Kingdom or NINJAGO. This is reflected in the carpeting, wallpaper and figurines along the corridors.

Each of LEGOLAND’s rooms has a separate sleeping area that can take up to five adults and children.

The children’s sleeping area comes with its own TV set, a bunk bed, with an additional pull-out trundle bed below. This can accommodate up to three children or two children and an adult. The rooms are filled with child-friendly features and little surprises to keep them entertained. A LEGO monkey sits atop a locked chest in one corner. This is not the safe deposit box but a little treasure chest for kids to unlock. Hunt around the room for clues to solve the puzzle on a “treasure map” and discover the combination to unlock the treasure chest and retrieve the LEGO premiums inside. Also in the rooms are DUPLO blocks and a tic-tac-toe game built into the wall. 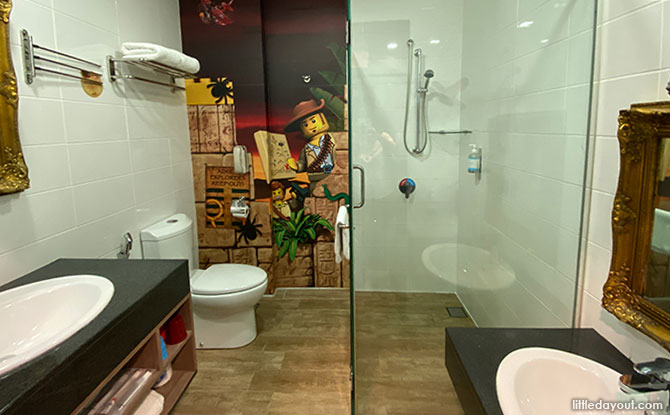 Inside the bathrooms, families will appreciate the separate basin for children, set at a lower height. Kids will love the kid-sized bathrobes and bedroom slippers too. 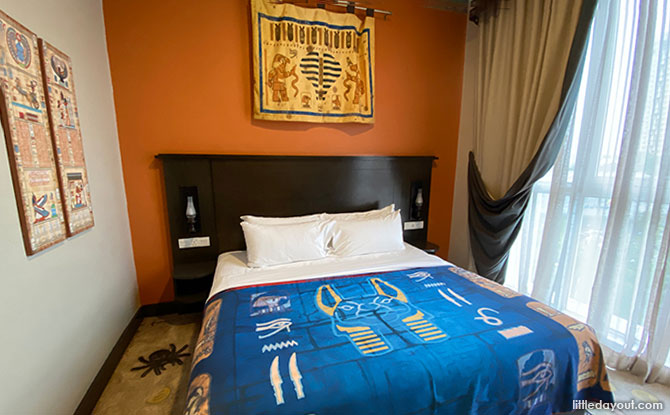 Adults get a king-sized bed in a separate sleeping area. Here lies the main difference between the Hotel’s Premium Rooms and the Themed Rooms. The main restaurant in the hotel is the 420-seat Bricks Family Restaurant. The latter is where the buffet breakfast gets served. The breakfast spread includes both Western and local choices. As part of the Hotel’s safety measures, masks must be worn whilst you help yourselves with food from the buffet stations. Disposable gloves are also placed at the start of each buffet section and you are to wear them before touching the buffet utensils and warmers. The kids enjoyed the table “cloth” filled with puzzles to be solved. 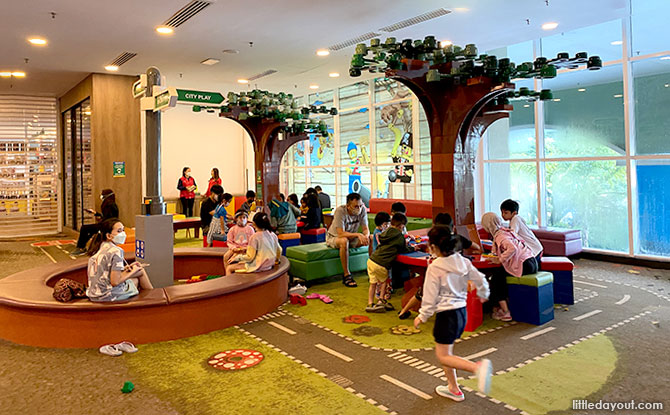 Just outside the Bricks Family Restaurant is a play area with stations where kids can get to work with LEGO bricks. 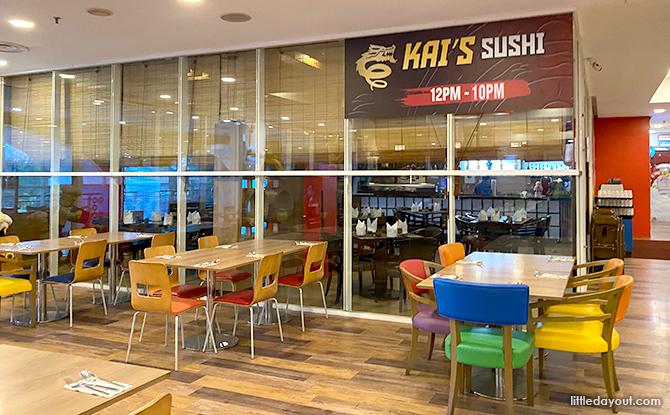 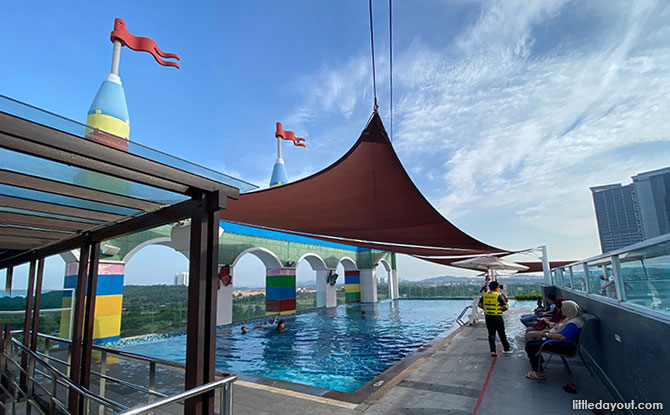 There are also two small outdoor swimming pools on the fifth floor. The shallower one is 0.6 metres and the other is 1.2 metres in depth. The lobby also has a shop selling LEGO toys and small amenities such as bottles, caps and ponchos. This shop sells things similar to the shop at the Theme Park, but the latter carries a wider range of exclusive LEGO souvenirs.

Little Day Out’s Tips for a Stay at LEGOLAND Hotel

2. Parking is complimentary for hotel guests. You just need to validate the entry ticket at the reception and exit the car park within 15 minutes, anytime during your stay.

3. Even though there are 450 lots across two levels at the hotel, the carpark can fill up quickly. Don’t be surprised if you have to “lurk” around and wait for an available parking lot. If you’re lucky, there might still be spots at the private open-air car park just before the entrance to LEGOLAND Hotel.

4. The hotel provides amenities such as toothbrushes and toothpaste, a comb and ear buds. There are also towels provided at the roof-top swimming pool so you don’t need to bring the towels from your room.

5. The rooms come with a safe deposit box.

6. If you don’t feel like dining at the LEGOLAND Hotel for lunch or dinner, the Mall of Medini next to the hotel provides a few dining options. The Hotel’s dinner buffet prices are a bit pricey at around RM79 for adults and RM39 for children, especially with younger children who may only sample a small part of the entire buffet spread.