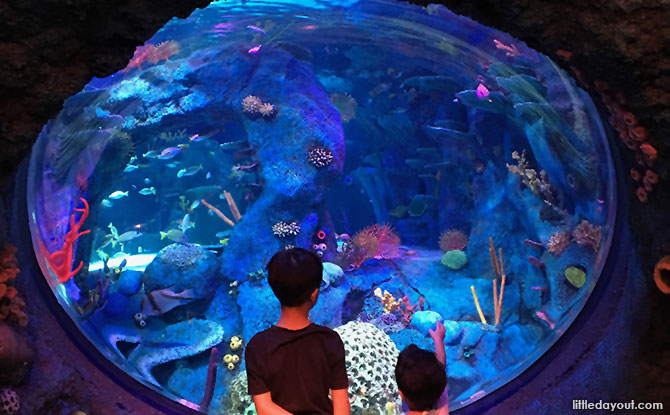 With a couple of rabid LEGO fans and avid marine life lovers in our posse, what could be not-to-like about Malaysia’s first LEGO-themed aquarium experience? We needed little convincing – SEA LIFE Malaysia, we were on our way! 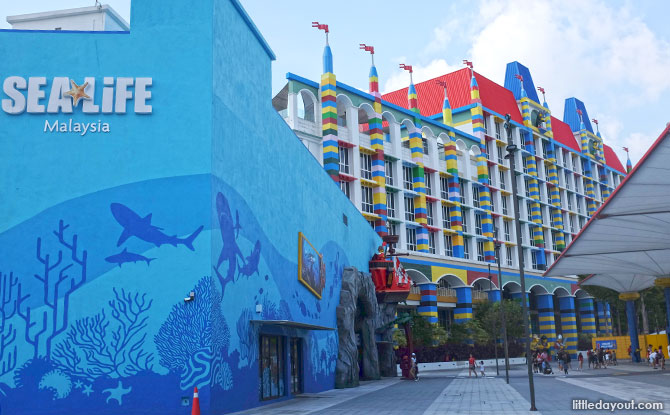 SEA LIFE is the world’s largest commercial aquarium brand, with more than 50 attractions worldwide. Officially opened on 9 May 2019, SEA LIFE Malaysia is the latest addition to the LEGOLAND Malaysia Resort and the first interactive LEGO themed aquarium in Malaysia.

It wasn’t hard to find. You can’t miss the sea-blue two-storey building standing literally right next door to the LEGOLAND Hotel, opposite the gates of the LEGOLAND Malaysia Theme Park.

On a blazing weekday afternoon, the cool and calm of the Deep Blue provided our family – which includes a preschooler, a pre-teen and one in between – a leisurely couple of hours of educational fun, a pleasant contrast to the “go-go-go” of the neighbouring Theme and Water Parks.

Wonder and Learning Across 11 Habitat Zones 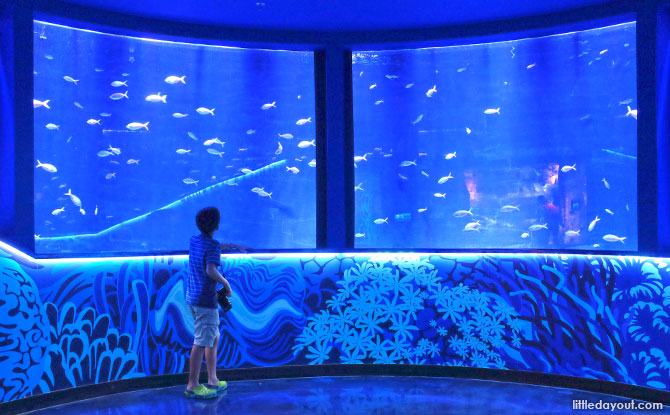 Let me say upfront that this double-storey aquarium is not large. SEA LIFE Malaysia has 25 display tanks featuring 13,000 sea creatures from 120 species. But the kids still managed to find their favourites: rays, starfish, jellies, sea horses and – the aquarium’s largest inhabitant – a zebra shark. 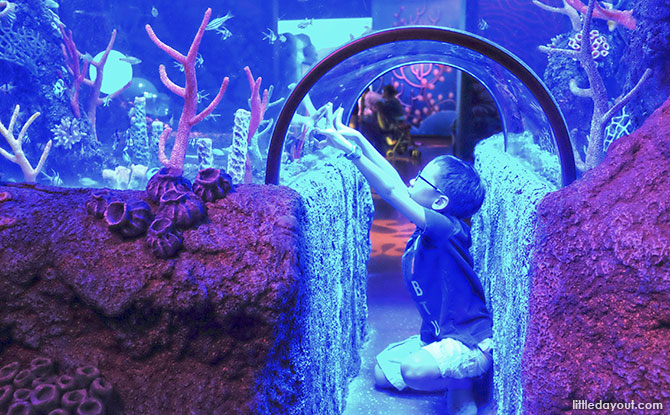 The creatures were spread across 11 habitat zones, including the Shoaling Ring, Malaysian Rainforest, Rockpool, Stingray Bay, Coral Reef and the Ocean Tank.

Here were some of the highlights for us: 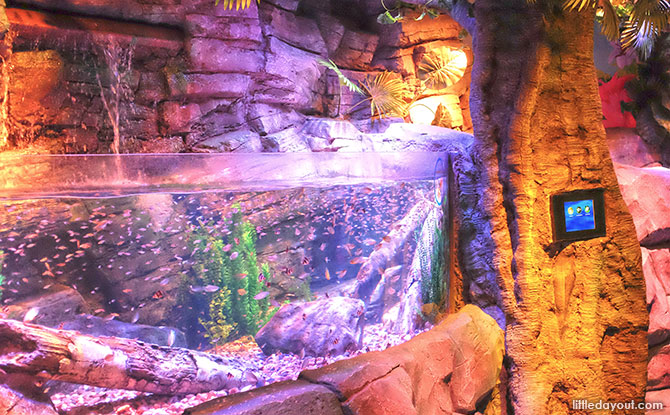 Our visit aptly began locally in the Malaysian Rainforest habitat. An enthusiastic guide was on hand to introduce us to the “natives” of the Sungei Johor, the state’s main river. We got to meet Tiger and Tinfoil Barbs, Harlequin Rasboras, Gouramis and to spot the Bala Shark – a little fella who isn’t really a shark, but has a dorsal fin that sure makes it look like one! 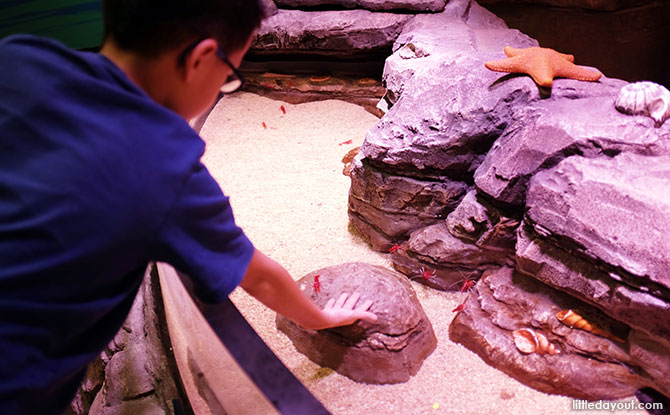 An aquarium’s rockpool is often as “touchy” as it gets, and this one did not disappoint. Besides stroking the chocolate sea stars, the kids spent quite a bit of time trying to coax these shy Scarlet Cleaner Shrimps to come play – without much success, unfortunately!

In Search of Sharks 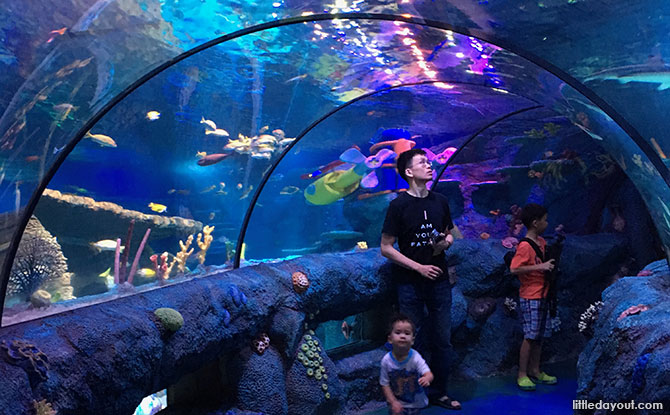 From the start, the kids were intent on seeking out the sharks. We found them in the aquarium’s largest exhibit – the Ocean Tank, where the Black Tip Reef Shark, Zebra Shark, stingrays and a huge wrasse, among other creatures, swam around a “shipwreck” in 385,000 litres of water.

Never discount the mesmerising effect of watching these splendid creatures of the deep up close. Kids and adults alike lingered for a while in the tunnel watching them circle around us. 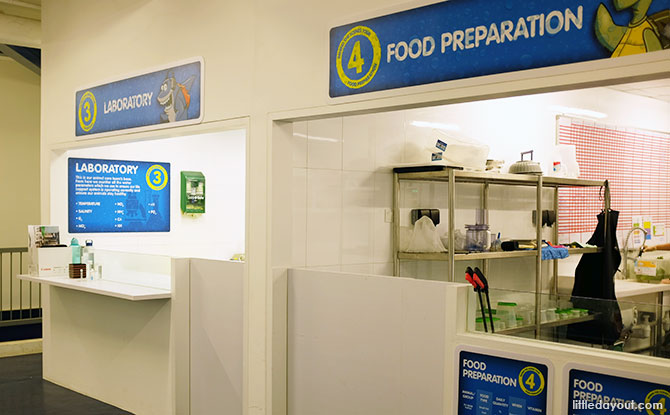 For an extra RM 25 per person, we also opted for a 20-minute behind-the-scenes tour of the aquarium’s food preparation, laboratory and quarantine areas to learn more about animal care at the aquarium.

A knowledgeable guide showed us what was on the aquarium’s “menu”, explained broadcast vs. target feeding and let us in on the fact that even fish take garlic to boost their immunity! 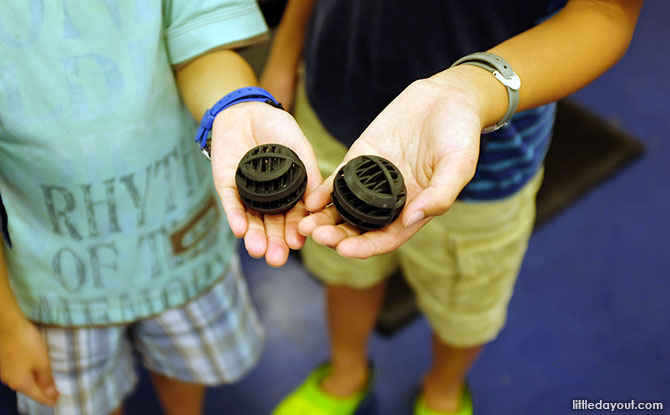 The kids also got to do a little “experiment” to determine the acidity of some water samples, see the “life support system” hidden out of view but behind every display tank in the aquarium, and get their hands on the bio balls – spheres consisting tiny tubes that provide a large surface area on which water-filtering microbes can grow – used in the quarantine areas. 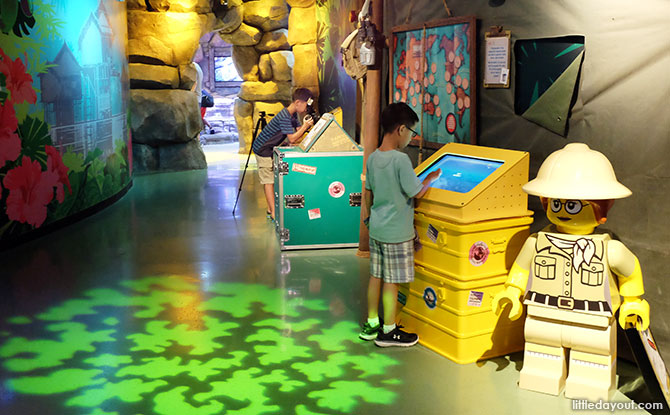 Tanks aside, there was plenty for the kids do with the inclusion of various interactive elements throughout the aquarium. Conservation is at the heart of the SEA LIFE brand and the use of technology, from the digital information panels beside each tank, to the electronic games flanking many of the exhibits, allowed the message to be conveyed in a fun and interactive manner, especially to the young. 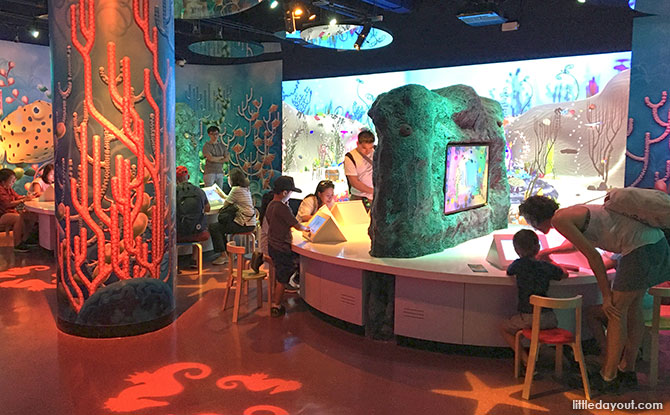 The kids also got to create their own “Amazing Creations” and delightedly watch them populate a huge virtual tank on the wall. Additionally, we found out that for RM 15, kids can also be guided through their aquarium experience with a Junior Ranger Mission Pack, which sends them on “missions” throughout the aquarium, further enhancing the learning experience. 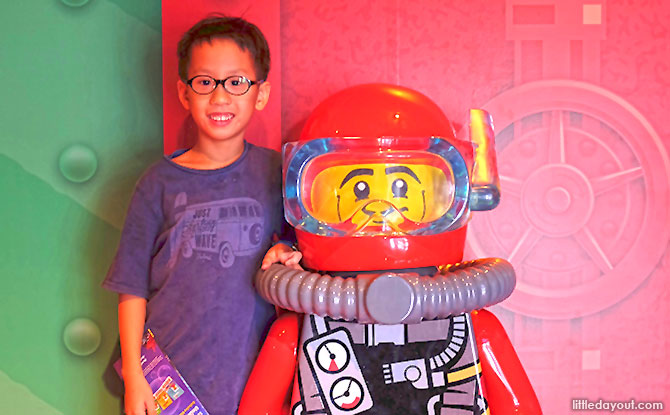 And of course, what’s a LEGO-themed aquarium without the LEGO minifig? Expect requests to stop every now and then for a photo with one or another of these guys. SEA LIFE Malaysia is the first new attraction introduced to the LEGOLAND Malaysia Resort since the Hotel and Water Park opened in 2013, and it complements the existing offerings well.

This was our third time to the resort (rabid LEGO fans, remember?) but the first time we considered anything more than an overnight stay. With the extension of the resort’s offerings, we opted for a two-night stay this time and came away very satisfied with the decision. 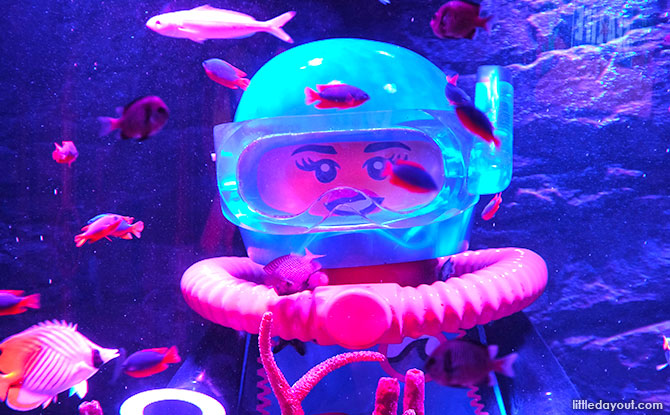 The 2N3D stay enabled us to explore the new attraction, as well as to savour old favourites at the Theme and Water Park at a more relaxed pace, to try a few new rides we hadn’t previously done because of the queues, to enjoy the facilities at the Hotel like the roof-top pool, to linger longer at every Build-a-Brick Store, and even to engage in a spot of themed creativity!

Note: This story was first published on 3 July 2019 and updated on 29 August 2022. At the entrance, visitors to SEA LIFE Malaysia are reminded to have on masks on at all times, except for photo-taking.