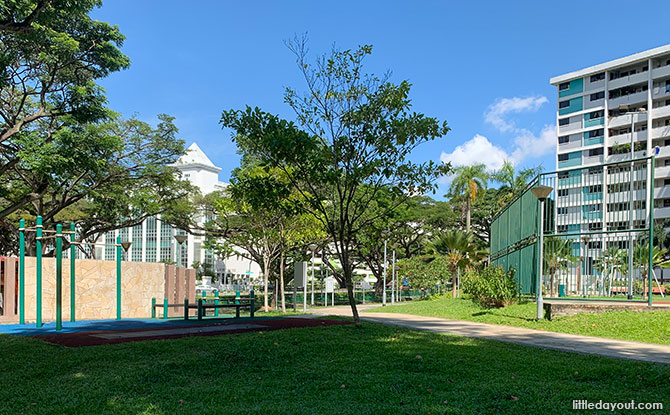 It is not often that one comes across a park with a tagline or motto. However, that is what can be found at the KB Bloom Leisure Park at Kaki Bukit, Bedok North.

This neighbourhood park can be found along Bedok North Road, not far from Bedok North Vale. It’s tagline is Connecting Generations. 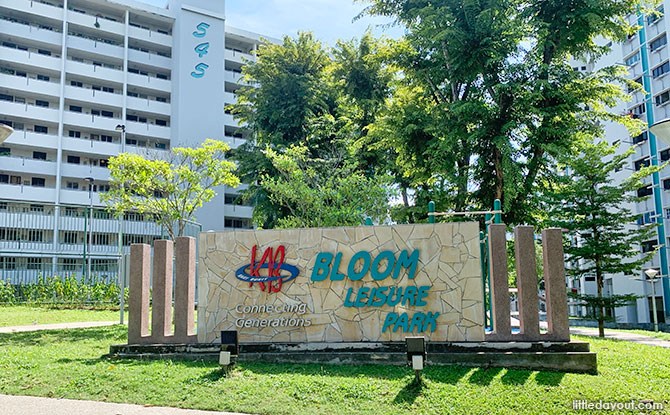 The KB Bloom Leisure Park was officially launched back in 2010 by Associate Professor Muhammad Faishal Ibrahim on 24 July 2010. He was then the Member of Parliament for Marine Parade GRC. 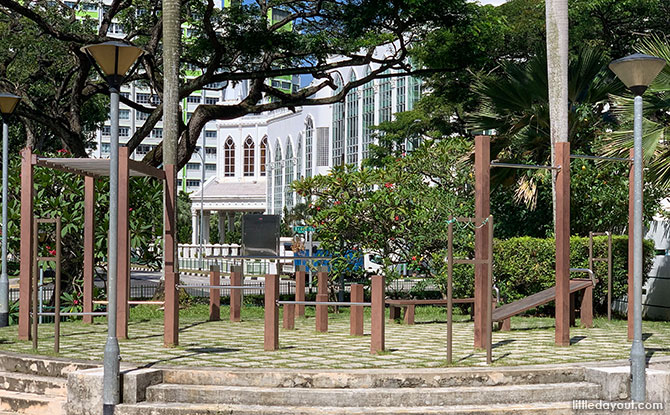 To fulfill its motto, the KB Bloom Leisure Park has various sections or zones. These include a playing courts for people to play basketball and fitness areas where different ages can get in some exercise. There is a small KB Bloom Leisure Park playground at this Bedok park. This consists of a small, low play slide alongside a pair of swings. Wooden benches surrounding this set of play equipment provide a place for parents or caregivers to watch over their charges while they are at play. 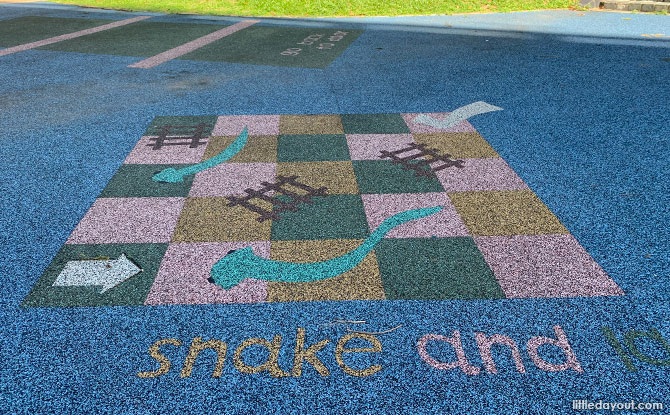 Another section of the KB Bloom Leisure Park playground consists of marking on the padded ground. The markings here include old school games such as hopscotch, snake and ladders and tic-tac-toe.

For kids who wish to look for a more recently developed playground, they can head over to the Bedok North Vale vertical playground or the ship playground just a short distance away.