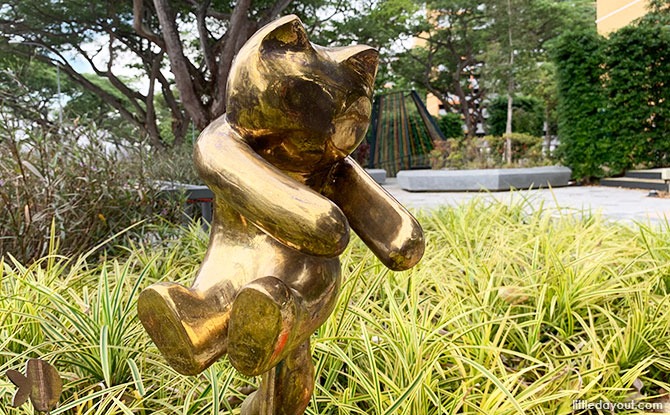 In Singapore, it is amazing how we always seem to be able to maximise the use of space. The Play Corridor in Bedok is a case in point. It manages to squeeze in four hubs with some play features along a walking and cycling route that stretches from Bedok Reservoir Park to East Coast Park.

The four-kilometre-long Play Corridor project is now several years old. It connects Bedok Town Centre with Bedok Reservoir Park in the north and East Coast Park to the south. 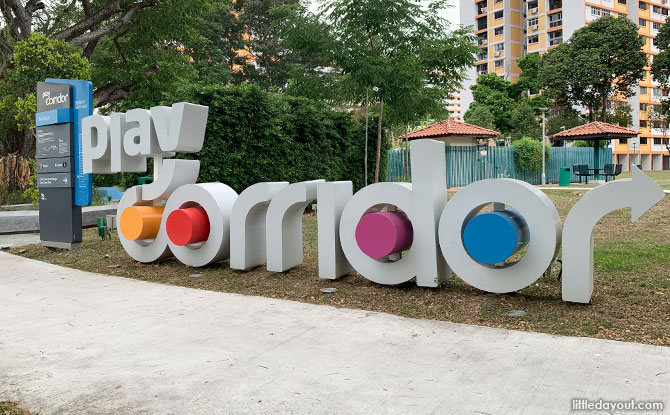 Starting from Bedok Reservoir Park, the Play Corridor stretches past Block 720 Bedok Reservoir Road and Bedok Town Park, and across the Pan-Island Expressway to Bedok North Road. It continues on to Bedok MRT and Bedok South Avenue 1 before providing a connection to East Coast Park at the Laguna Flyover area.

Along the route are four “hubs”. These serve as the landmarks of the Play Corridor. 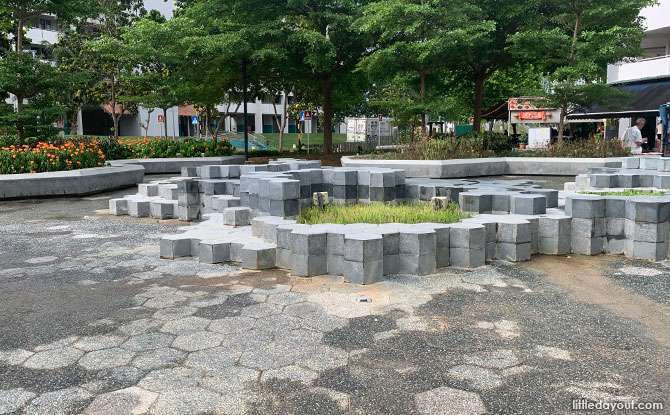 Along Bedok North Avenue 1, there is The Hill. This hub is inspired by Bedok’s hilly terrain of the past. It features hexagonal planter seats made from stone. 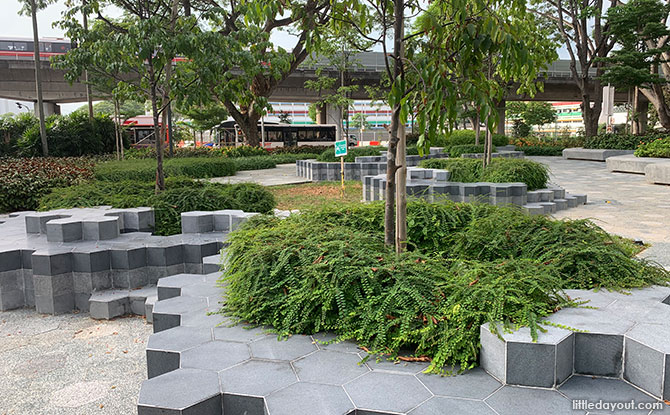 Further along, at the junction of Bedok North Avenue 1 and New Upper Changi Road, is The Wind Valley. The stone planters make a reappearance and there are wind sculptures which were intended to twirl in the wind. 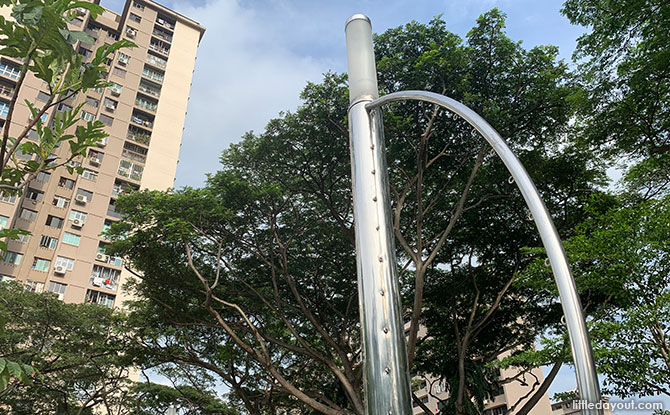 Several years on, the wind sculptures look like remnants of the past themselves. 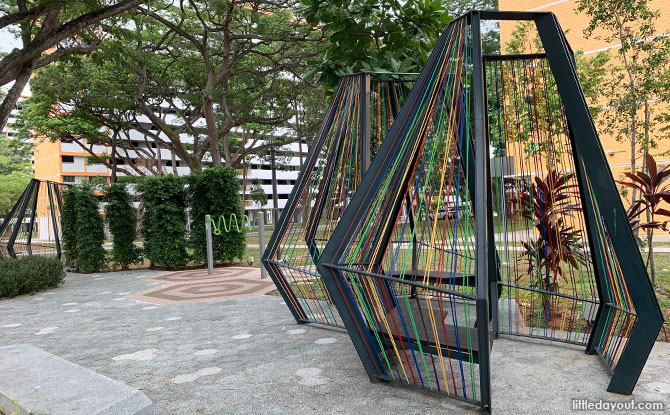 The Fishing Village at Bedok South Avenue 1 has distinctive pavilions which have been built to resemble traditional fishing traps. 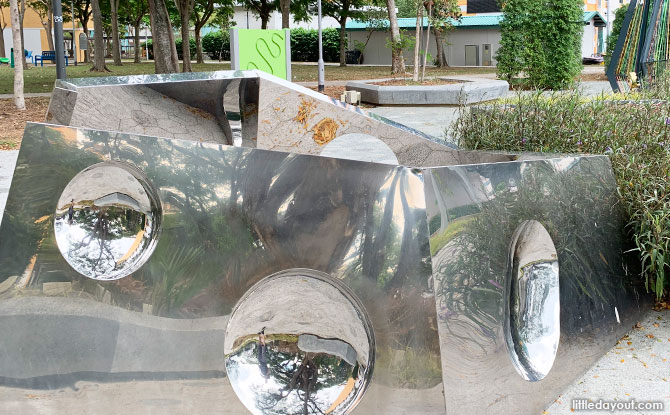 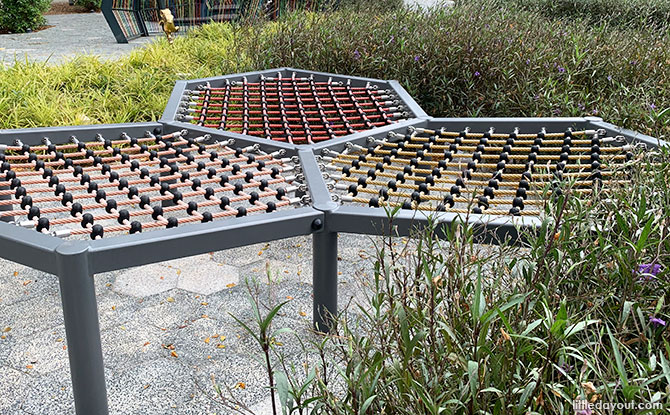 There are also net-like play structures. 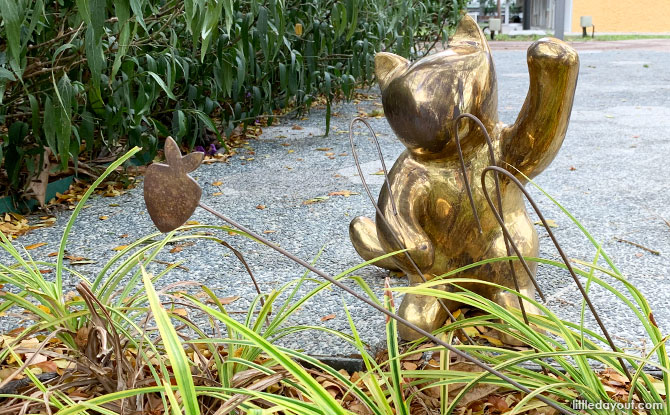 Look out for adorable cat-and-fish sculptures hidden around the foliage. 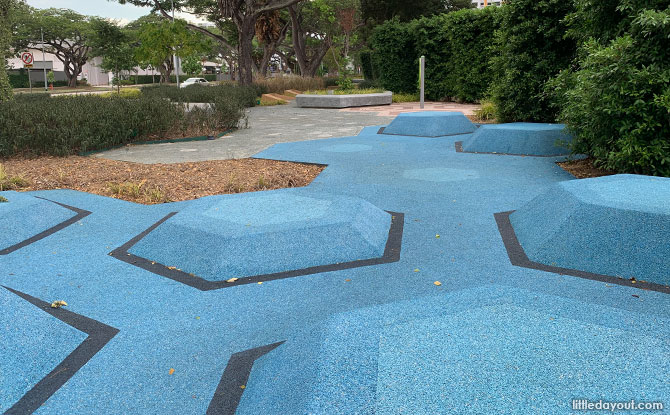 At the other end of Bedok South Avenue 1 is The Beach. This hub is intended to represent the shift from land and sand. 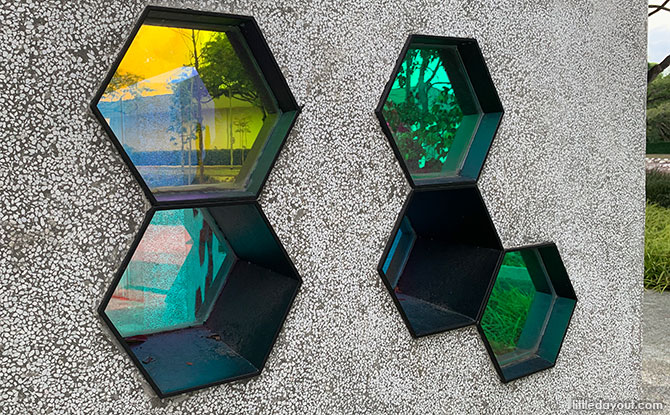 Colourful glass panels catch the sun at this hub of the Play Corridor. 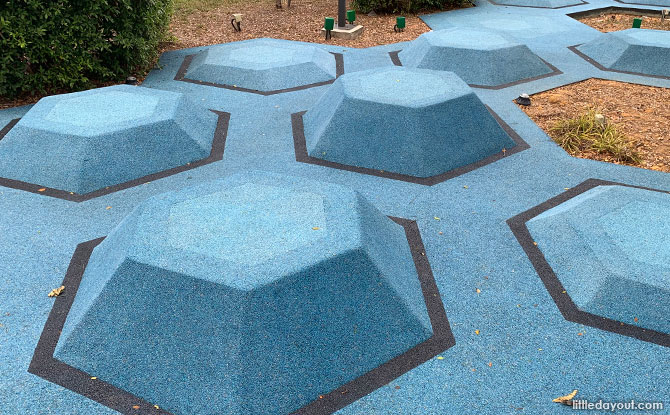 A blue-coloured section of The Beach evokes images of the sea with the mounds representing islands dotting the water.

The Beach is a reminder that the sands of East Coast Beach are not far away.