Home Nature Ethnobotany Garden: The Relationship Between People And Plants 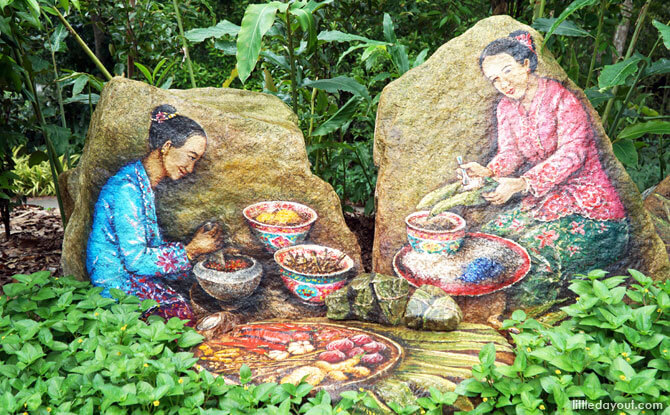 Singapore Botanic Garden’s Ethnobotany Garden is a showcase of Southeast Asian plants and how they have been traditionally used by various indigenous groups in the region. Opened on 30 June 2018, it is the largest collection of such plants in Southeast Asia and also features various complementary artefacts and artworks. 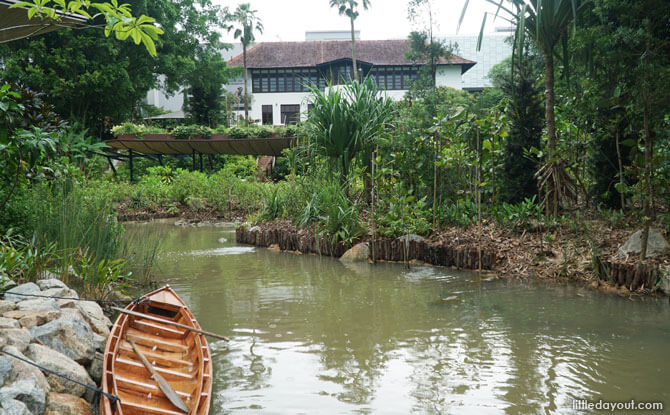 Ethnobotany is the study of traditional knowledge and customs in relation to plants and their uses. The Ethnobotany Garden tells of how early peoples in the Southeast Asian region made use of plants in their daily life and incorporated it into their culture. 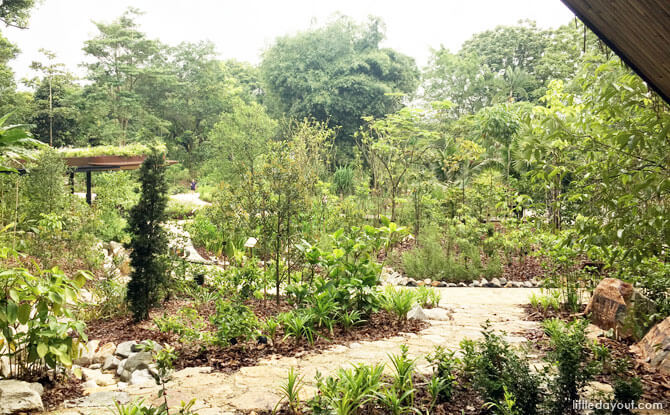 This narrative is presented in four distinct outdoor zones. These are the Living Zone, Symbolism Zone, Craft Zone and Medicinal Zone.

The Ethnobotany Garden’s Living Zone deals with the most basic of human needs – food.

Signs located throughout the garden provide snippets of information on how plants serve as a source of subsistence – from foraging through the forest to the farming of crops.

Plants have also been exploited for hunting. For example, the sap of plants like the Common Putat tree can be used as a poison for hunting.

The next zone examines the role of plants in ceremonies and rituals in Southeast Asia.

Examples include the burning of resins for religious ceremonies and the use of wood by indigenous tribes to carve totems believed to protect their houses.

The Ethnobotany Garden’s Craft Zone delves into how plants have been traditionally used to create products in Southeast Asia. These uses range from basic needs such as the creation of shelter to other economically-valuable purposes such as the weaving of fabrics and fashioning of decorative items like jewellery.

Plants have been called nature’s medicine cabinet. At the Ethnobotany Garden’s Medicinal Zone, visitors can learn more about how different plants and herbs have been traditionally used for their healing properties. 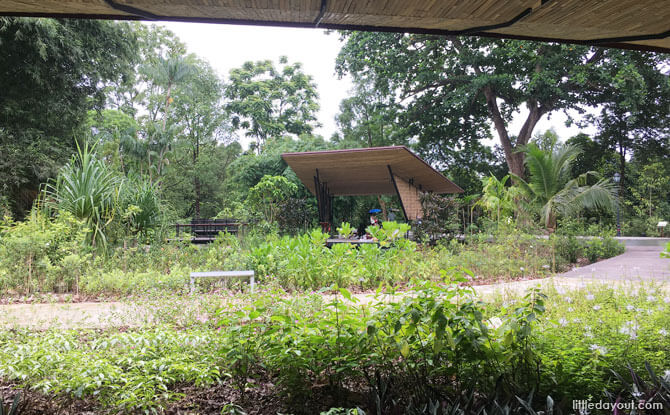 The Ethnobotany Garden is located in a section of the Singapore Botanic Gardens historically known as the Economic Garden. This area was previously used for experimentation with crops for commercial application, many of which were derived from traditional uses.

The opening of the Ethnobotany Garden is also aligned with Singapore Botanic Garden’s role as an educational provider and supports its Outstanding Universal Value under its UNESCO World Heritage Status by showcasing economic, medicinal and ethnobotanical plants.

Complementing the living Ethnobotany Gardens is a Centre for Ethnobotany.

Located in a two-story building on top of the hill where the Ethnobotany Garden is found, the Centre provides a deeper look at the relationship between people and plants.

Where: Bukit Timah Core, Singapore Botanic Gardens. The Ethnobotany Garden is in between the Jacob Ballas Children’s Garden and the Foliage Garden.
Admission is free. 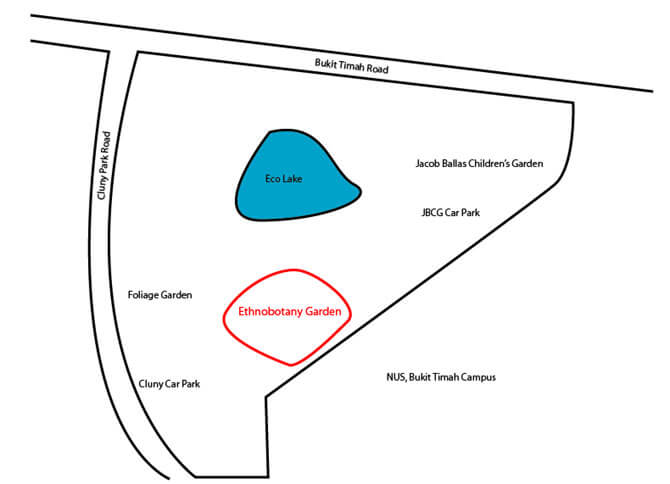