Home Arts 8 Paintings To Look Out For At Tonalities: The Ink Works of... 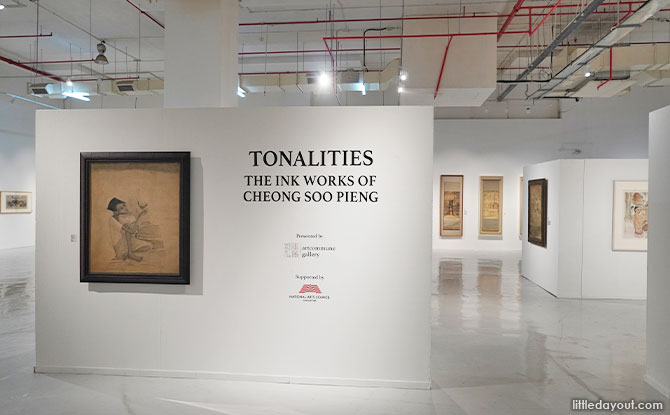 Held in the artcommune gallery, revisit the story of Cheong Soo Pieng, Singapore’s pioneer art master and one of the most innovative Chinese artists of the 20th century at the exhibition “Tonalities: The Ink Works of Cheong Soo Pieng” which will be running from 14 May to 13 June 2021. 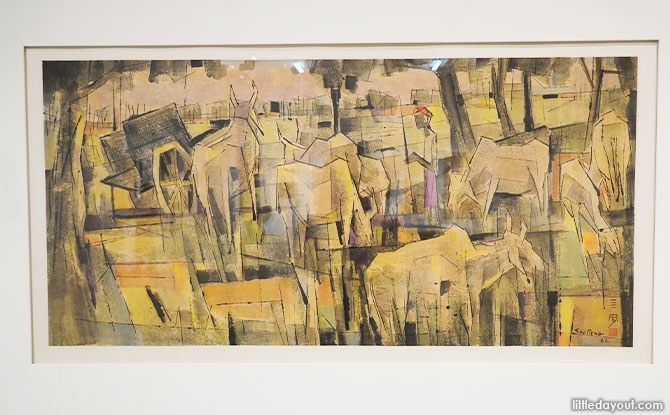 Cheong Soo Pieng is hailed as an important pioneer of the Nanyang art style and is recognised as one of the most creative Chinese artists of the 20th century. He relocated to Singapore in 1946 and took up a teaching position at the Nanyang Academy of Fine Arts. The background of his education and travels influenced his style and technique of his drawings making it a unique synthesis of Western and Chinese pictorial styles.

There are a total of 108 works from 24 collectors, many of which are exhibited for the first time. Here are seven paintings to look out for and appreciate when you visit the Tonalities: The Ink Works of Cheong Soo Pieng exhibit. 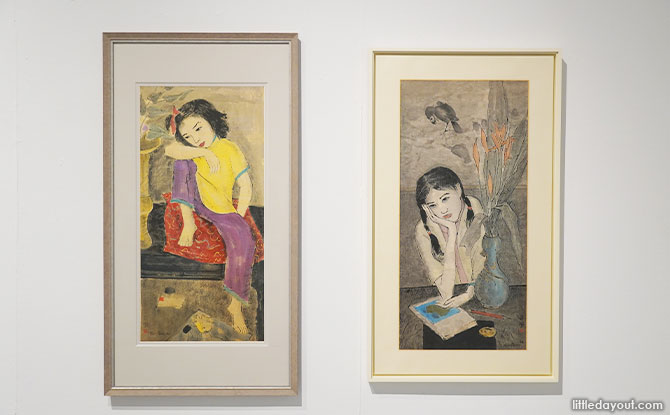 Depicting a wide range of Southeast Asian subjects, the cast being painted by Soo Pieng cast were varied from his travels. It is interesting to see the strokes when painting portraits of his family and how it differs when painting portraits of natives from his travels as well as other people he met along the way and how his gaze affected the way his subjects were pictorially represented. 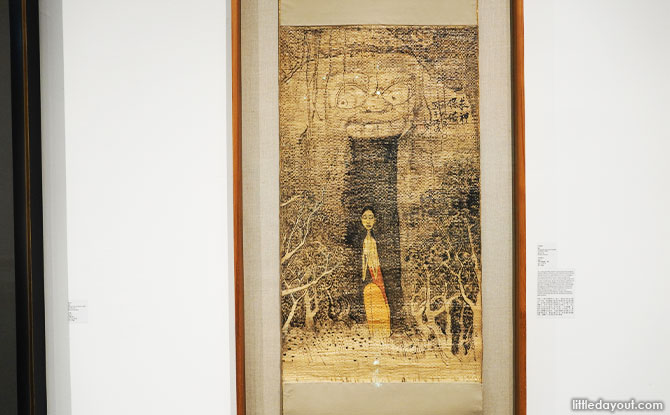 In his last two years, Soo Pieng created a series of ‘Nanyang scrolls’ that translated his pictorial language onto scrolls made of materials such as woven rattan that are native to the region’s material culture. Through these scrolls, Soo Pieng presented staunchly Southeast Asian paintings in a Sinitic format, staking his identity as a diasporic artist. 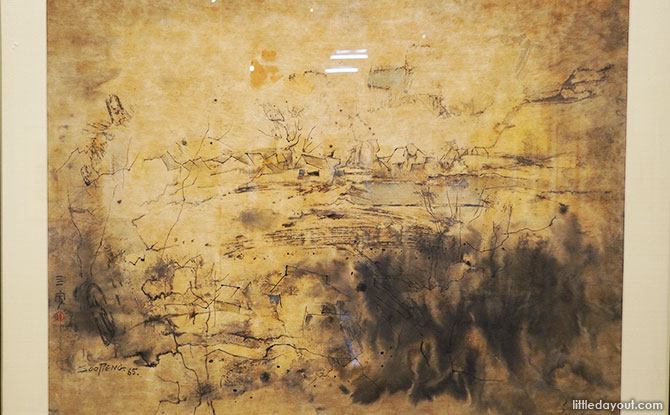 The 1960s saw the demolition of many of Singapore’s kampongs, which changed the mentality in which Soo Pieng painted his kampong scenes when he returned to Singapore from his travels in Europe. In this series, kampongs are placed within a surreal setting, with trees painted with very fine brushstrokes adding to the surrealist atmosphere. 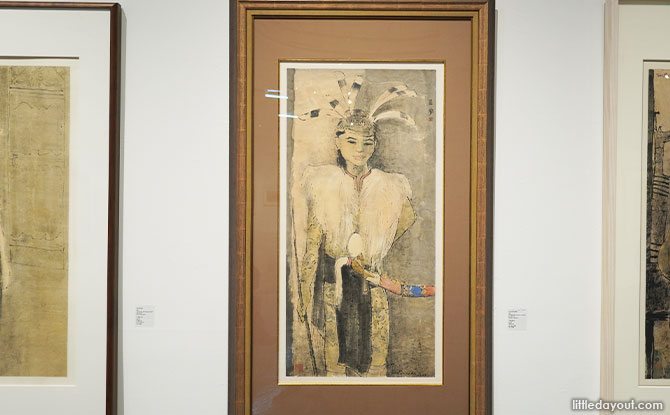 Soo Pieng visited Borneo in 1959 and became acquainted with the culture of the indigenous Dayaks. As compared to Bali, Soo Pieng seemed to have been more inspired by the Dayaks and produced a series of portraitures with muted tones. The man portrayed in this painting is a Dayak noble, as demonstrated by his outfit, feathered headgear, tattoo and keris.

Soo Pieng observed and recorded these items with much attention to detail, viewing them as icons of Southeast Asia’s native art forms, which were not widely recognised by Eastern or Western art communities at that time. It is also one of the few male portraits that he painted. 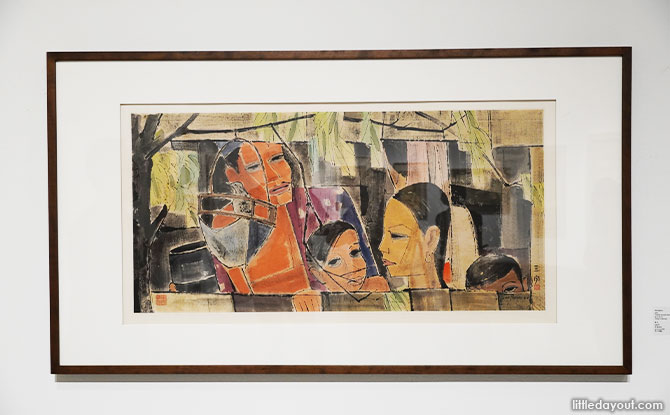 Cubism was one of the many modernist styles that So Pieng gleaned during his time in the School of Paris. This allowed him to express a distinctly Southeast Asian image using modernist forms. It is said to be best demonstrated in the Participation painting. 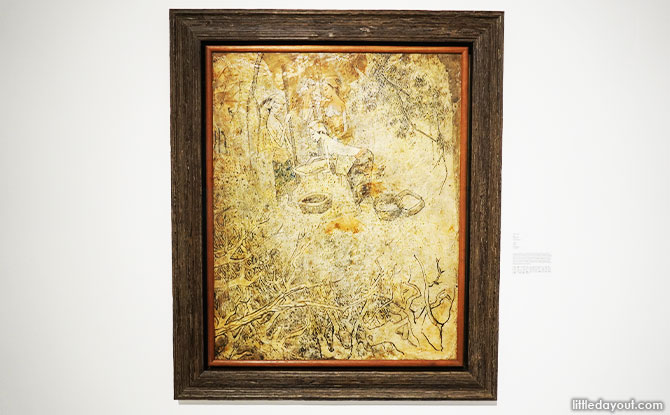 This piece belongs to a very small and unusual series of mixed media works completed by Soo Pieng in the last two years of his life.

A conservator’s initial research revealed that this composition was executed in ink and other paints that were previously treated with plaster before being mounted onto a canvas. It is also inferred that Soo Pieng was trying to imitate the effects of the murals seen in Southeast Asia’s ancient temples where the paint was applied directly onto the wall.

The exhibition will take place at Artspace@Helutrans and will be open from 12 to 7 pm daily. Admission is free. More details can be found on the website here. 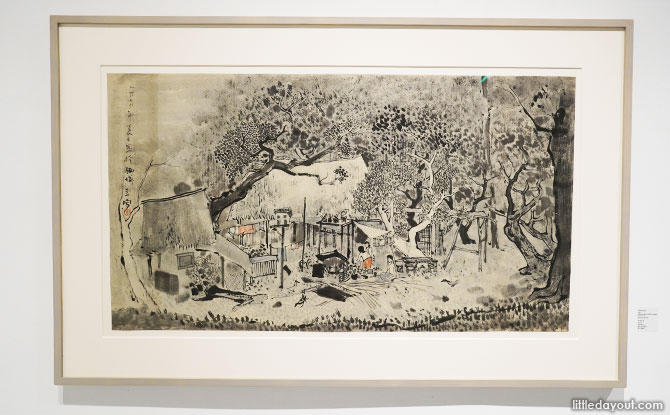 In 1979, Soo Pieng returned to China for the first time since he migrated to Singapore. Now as a foreign citizen, the trip was captured through a series of paintings completed in Guilin which he probably painted on sight. These Guilin paintings demonstrated a greater degree of realism and it might be attributed to how Soo Pieng was no longer used to painting non-Southeast Asian subjects. This gave rise to a pictorial style that stands between the realistic and imaginary.

Bonus: A painting of Christina Loke 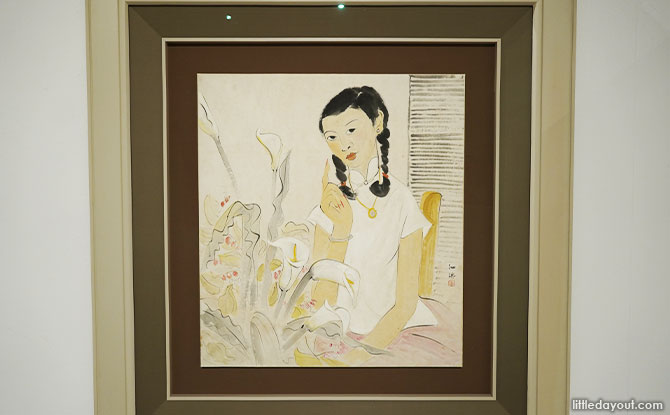 This painting is one of the older and possibly one of the oldest paintings in the current Tonalities: The Ink Works of Cheong Soo Pieng exhibition. Christina Loke is the wife of Like Wan Toh, and he was also Soo Pieng’s first and major patron.

The exhibition will take place at Artspace@Helutrans and will be open from 12 – 7pm daily. Admission is free. More details can be found at the website here.