Singapore’s Night Safari makes for a great evening out. Go on a tram ride to view animals in their nocturnal habitats or venture along walking trails for a more intimate look at creatures going about their night time activities. From the small to the majestic, there are plenty of animals to encounter during a visit to the Night Safari. Here are 10 Night Safari exhibits that you must see on a visit.

While most mammals have fur or hair, the Pangolin is unusual as it is a mammal with a scaly covering. It is a shy creature that feeds on ants and termites. When faced with danger, it rolls up into a tight ball. Endangered as a result of poaching, the Night Safari is the only wildlife park in Singapore where you can view the Sunda pangolin. You can find it along the Fishing Cat Trail. 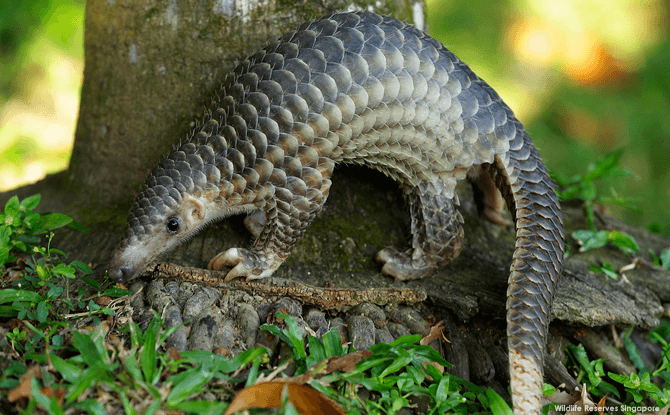 The Asiatic Lion can be found along the Night Safari’s Leopard Trail. These majestic cats are found in the Gir forest of India. This Night Safari exhibit comes to life at token feedings held on Fridays, Saturdays and the Eve of Public Holidays at 8 pm and 9 pm. 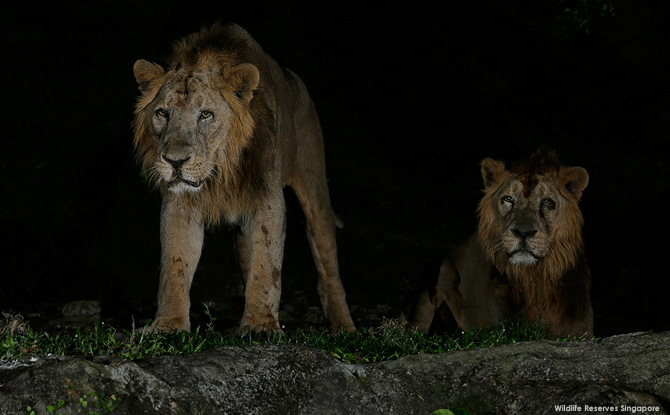 Get an up-close experience with Giant Flying Squirrels along the Leopard Trail. At the Giant Flying Squirrel walk-through habitat, you can encounter these “flying” mammals soaring through the air. They are indigenous to Southeast Asia, southern China and northern India. They make use of specially developed flaps of skin (called patagiums) to glide from tree to tree in search of their favourite fruits and nuts. 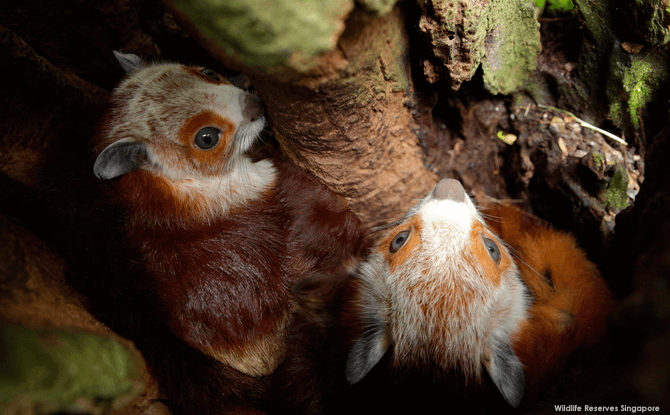 With its round head, huge eyes and deliberate movements, the Slow Loris looks cute and cuddly. However, did you know that it is one of the few mammals that has a toxic bite. This is obtained by licking a gland under its arm that secretes toxins. Preferring to sleep during the day, its huge eyes allow this Southeast Asian native to see at night as it goes about foraging for food. The Slow Loris can be found along the Fishing Cat Trail and the Leopard Trail. 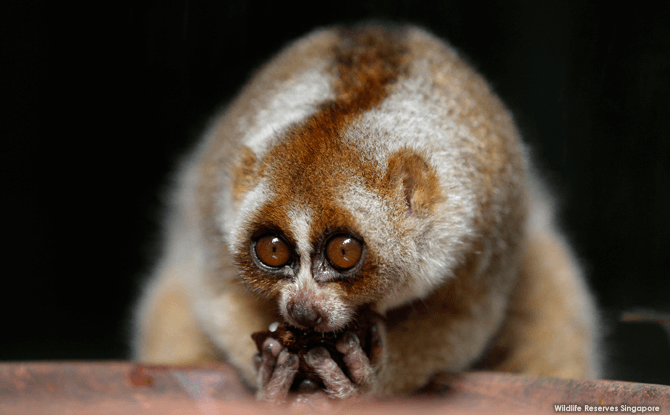 READ MORE: The Best Museums in Singapore for Kids

The Nile Hippo is the third largest land mammal in the world and native to Africa. At home both in the water and on land, you can view them from the comfort of the Night Safari tram’s seats at the Equatorial Africa section of the tram ride. 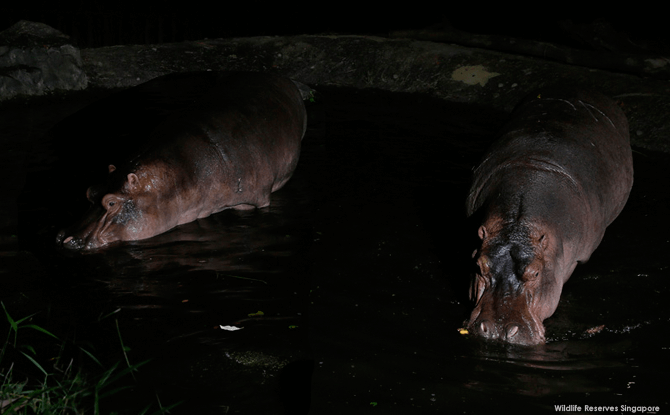 Malayan Tapirs are very distinctive with their black and white markings which serve as camouflage to help them blend into the night. They have very poor eyesight and rely heavily on their sense of smell to search for food. You can view them from the Night Safari tram as they wander about their open enclosure at the Asian Riverine Forest exhibit. 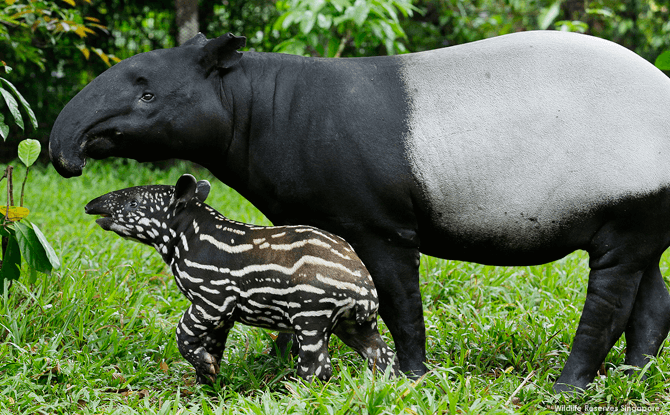 The Night Safari’s Wallaby Trail is named for the walk-through Wallaby Night Safari exhibit. There are two types of wallabies found here. The Bennett’s Wallaby is the larger of the two species found here and has red fur around its neck. The smaller-size wallaby in the free-ranging wallaby enclosure is the Parma Wallaby. 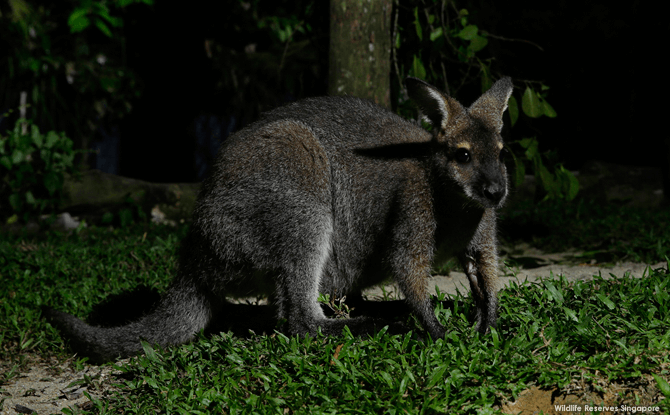 At the start of the Wallaby Trail is an exhibit of Sugar Gliders. You will have been quick to spot these small creatures jumping from tree to tree. These marsupials are found in the rainforests of Australia and Indonesia. They are known as Sugar Gliders for their love for sweet fruit and vegetables and their gliding membrane that helps them soar quickly between trees. 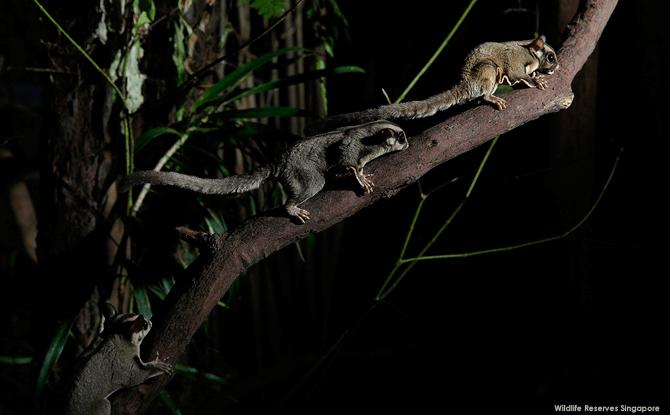 You can get a view of the regal Malayan Tiger from the tram. It is estimated that there are fewer than 500 of these highly endangered animals left in the wild. If you can’t get enough of these big cats, head to the Malayan Tiger exhibit along the East Lodge Trail on Fridays, Saturdays and Eve of Public Holidays at 8.30 pm and 9.30 pm to watch token feeding sessions. 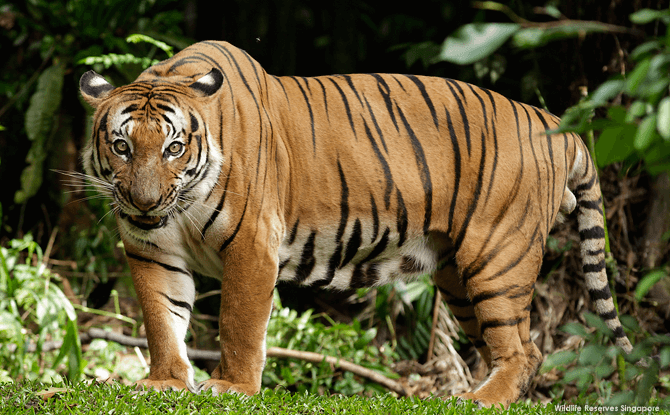 The impressive Asian Elephants can be found along Asian Riverine Forest section of the tram ride. It will be hard to miss Chawang, the bull elephant and animal icon of Night Safari. Standing at 3 metres tall and weighing in at 4.5 tonnes, Chawang is the largest animal at the Night Safari. He arrived in Singapore in 1983 after he was rescued by Malaysian authorities. Now the elder statesman of the Night Safari, he has sired five baby elephants at the park. 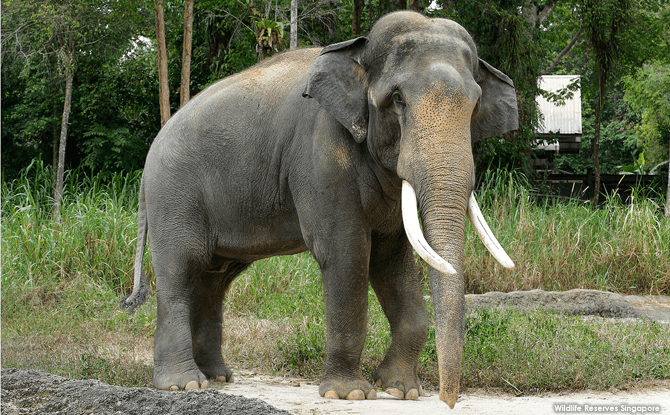 READ MORE: The Best Museums in Singapore for Kids