Home Play Star Wars Day 2017 in Singapore: The Force is Strong at Supertree... 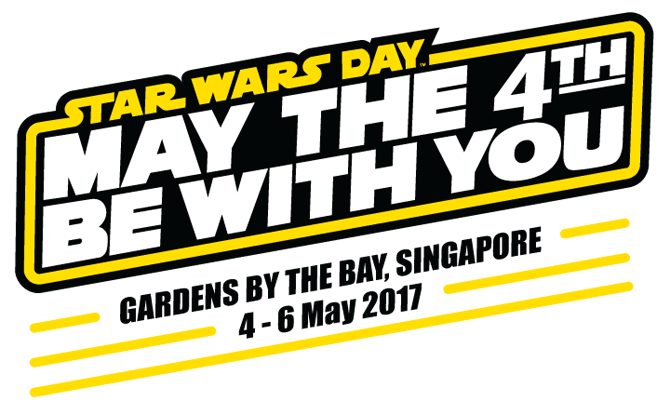 May the 4th is celebrated as Star Wars Day by the legions of fans around the world. The date was chosen as it resembles the Jedi catchphrase, “May the Force be with you”.

The STAR WARS Day: May the 4th Be With You festival takes place from 4 to 6 May 2017. Highlights to look out for include:

When night falls, the iconic Supertrees at Gardens by the Bay will be lit up to glow like the iconic lightsabers used by the Jedi and Sith warriors in the SaberTrees light-up.

At 7.45 pm, 8.45 pm and 9.45 pm, there will be a special STAR WARS edition of the Garden Rhapsody light show at the Supertrees. This will be set against John William’s epic STAR WARS soundtrack.

On 5 and 6 May, join in a STAR WARS themed Silent Disco from 9 pm to 11 pm at Supertree Grove.

Also look out for an All-Terrain Scout Transport (AT-ST), the two-legged, armoured vehicle introduced in The Empire Strikes Back.

Whether their allegiance is to the good or dark side of the Force, Star Wars fans will want to catch appearances by Han Solo’s faithful companion, Chewbacca, and the villainous Kylo Ren.

You can also be certain that there will be plenty of stormtroopers patrolling the area with the 501st legion in attendance.

The celebrations for Star Wars Day 2017 at Gardens by the Bay culminates in the STAR WARS RUN Singapore 2017 at The Meadow.

This themed run has two distances to choose from – a non-competitive 4.5 km or a competitive 10 km run. Participants can choose to sign up on either the side of the Rebellion or the Dark side.

There will be engagement zones along the route with light projections, music and STAR WARS themed surprises.

Chewbacca and Kylo Ren will put aside their difference and flag-off the STAR WARS RUN. The 10 km run flags-off at 7 pm while the 4.5 km run starts at 8 pm.

STAR WARS DAY: MAY THE 4th BE WITH YOU Festival

Date: 4 to 6 May 2017
Time: 3 pm to 11 pm
Venue: Supertree Grove, Gardens by the Bay
Free Admission (except for STAR WARS RUN where fees apply and registration is required.)