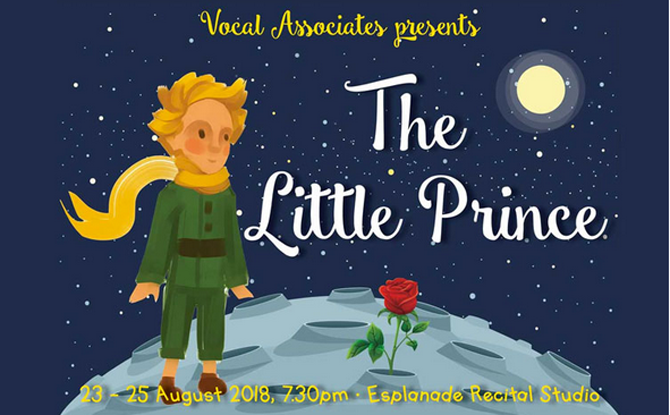 Sharing is caring!
This year, Vocal Associates celebrates the 75th Anniversary of Antoine de Saint-Exupéry’s beloved tale The Little Prince. First published in French as Le Petit Prince in April 1943, almost 200 million copies of the book have been sold to date. The Little Prince is a fantasy about a pilot who meets a most charming, perplexing and other-worldly little boy. At once whimsical and profound, the story gently prompts its readers to look clearer at conventions and relationships often taken for granted.

Based on the beautiful opera by composer Rachel Portman and librettist Nicholas Wright, Vocal Associates Festival Children’s and Youth Choruses proudly present a unique adaptation performed entirely by young and talented singers between the ages of 6 and 16.

The second half of the concert will be Songbirds Series iii, a showcase of young soloists from Vocal Associates below 21. Many of these singers are winners of top awards from the American Protege International Vocal Competition. Come join us for a two-night celebration of story and song!