Home Learn History The Significance Of A Simple Document At National Gallery Singapore’s Law Of... 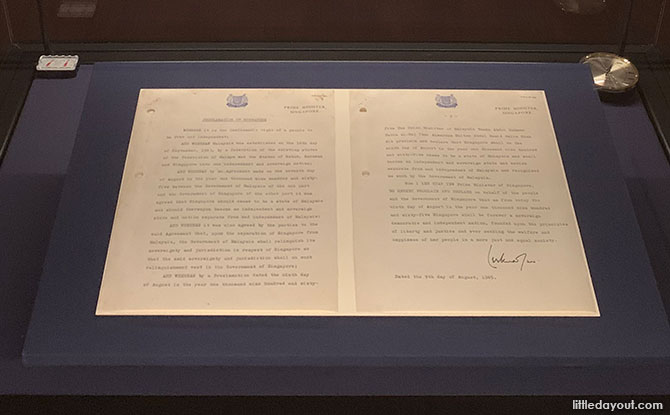 National Gallery Singapore is home to more than 9,000 artworks from Southeast Asia and Singapore. While these artworks are the main draw for most, the institution is also currently home another significant collection – Singapore’s Constitutional Documents, which can be viewed at its Law of the Land exhibition.

The exhibition Law Of The Land: Highlights of Singapore’s Constitutional Documents is located at the Supreme Court Wing of National Gallery Singapore. It is housed in the dark-wood surroundings of the Chief Justice’s Chamber and Office.

However, it is worth stopping at the exhibition to appreciate the significance of the documents on display.

Law Of The Land: Highlights of Singapore’s Constitutional Documents at National Gallery Singapore 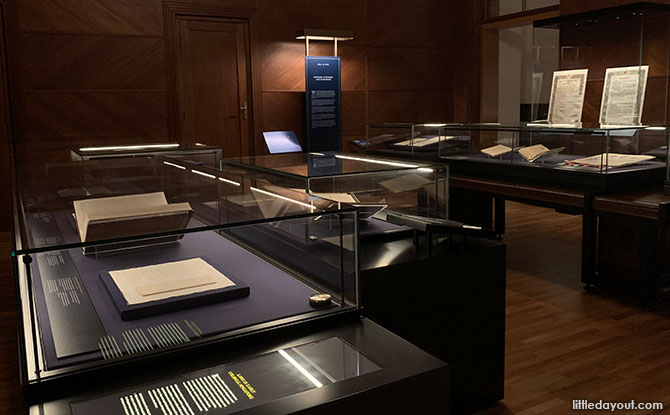 Law Of The Land: Highlights of Singapore’s Constitutional Documents explores Singapore’s development from a British outpost in 1819 to a new nation in 1965. This story is presented through 23 documents. 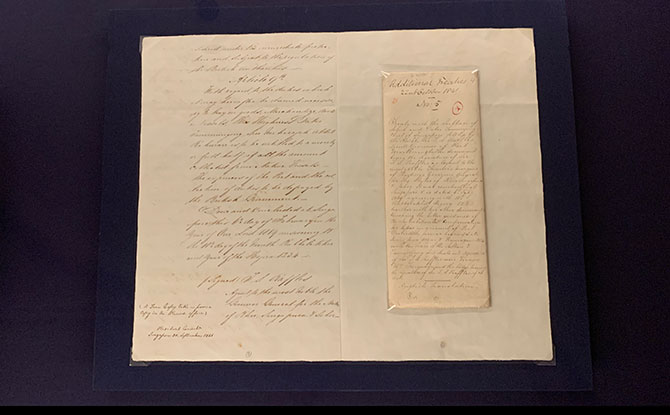 There is a document which dates back to the time of the British arrival in Singapore in the 19th century. 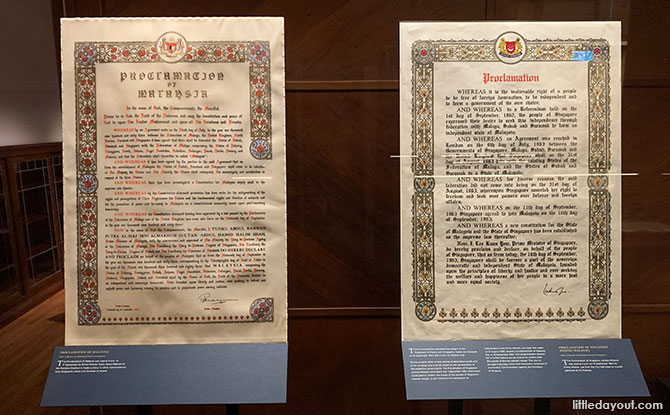 Another significant document is from 1963. Fancily decorated, it is the proclamation of Singapore’s merger with Malaysia on 16 September 1963.

However, personally, the most significant document at the exhibition is also among the most plain and humble-looking ones there. 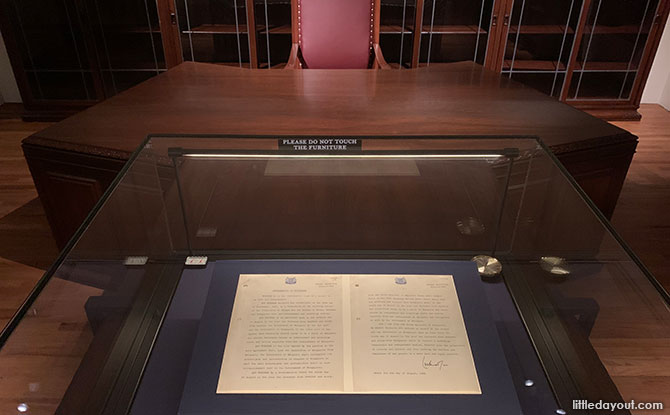 Drafted by then Minister of Law Edmund Barker, the two sheets of the document have none of the frills of the 1963 declaration. Instead, its yellowed pages are punched with filing holes and rust stains show where it had been stapled together.

“Now I LEE KUAN YEW Prime Minister of Singapore, DO HEREBY PROCLAIM AND DECLARE on behalf of the people and the Government of Singapore that as from today the ninth day of August in the year one thousand nine hundred and sixty-five Singapore shall be forever a sovereign democratic and independent nation, founded upon the principles of liberty and justice and ever seeking the welfare and happiness of her people in a more just and equal society.”

It is dated 9 August 1965 and signed by then Prime Minister Lee Kuan Yew.

The plain document proclaiming Singapore contrasts strongly to the ornate 1963 document on the merger with Malaysia. This reflects the urgency and secrecy at which it was put together.

The proclamation was read by an announcer over Radio Singapore at 10 am on 9 August 1965. Unfortunately, no recording of that significant broadcast in English exists.

Though ordinary-looking, the document captures the birth of a nation. It set Singapore on a path which has led us to where we are today.

The document was the start of all future National Days but feels a world apart from the way we celebrate National Day nowadays. Yet it is a useful reminder of our roots and founding ideals, and something worth pausing for more than a moment to ponder on the next time you pay a visit to National Gallery Singapore.