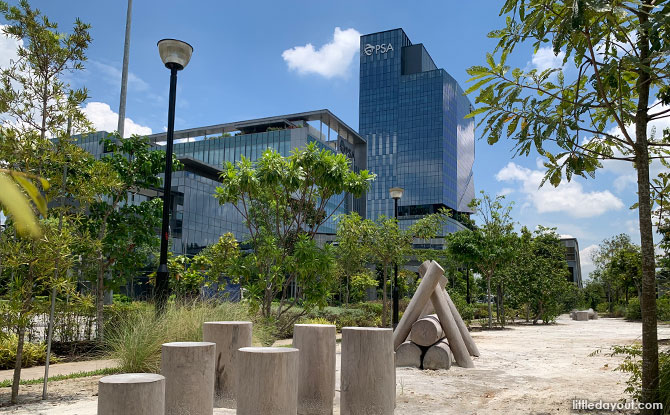 A section of Pasir Panjang Park has just opened, providing a glimpse into the future park that will help to connect West Coast Park towards Labrador Nature Reserve and beyond.

It stretches eastwards alongside Pasir Panjang Drive 1 towards Jalan Pelapah. However, there is no access to the park (at least at the moment) from Jalan Pelapah.

Pasir Panjang means “long beach” or “long sand” in Malay and Pasir Panjang Park gives a nod to this heritage. It is the first park to be designed under the Friends of the Park Citizen Engagement Park programme. 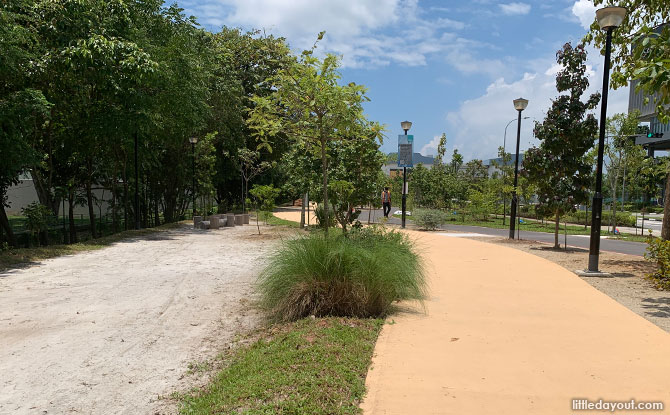 The currently opened section of the linear park has two pathways – one for cyclists and the other for foot traffic. The pedestrian foot path has been designed to be sand colour, making it almost appear that you are walking along a shoreline. 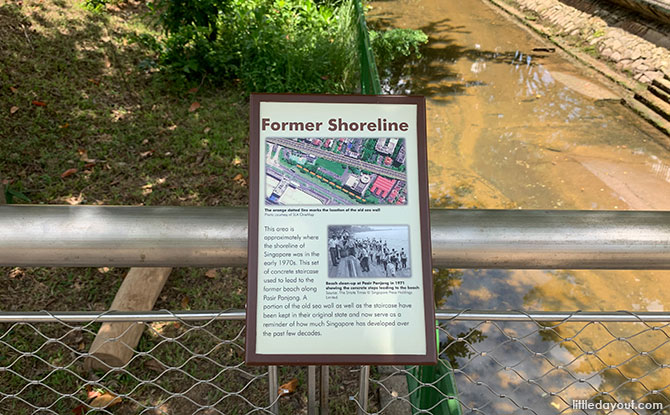 However, the shoreline has long shifted away from the vicinity of Pasir Panjang Park. A signboard shows where it used to be. 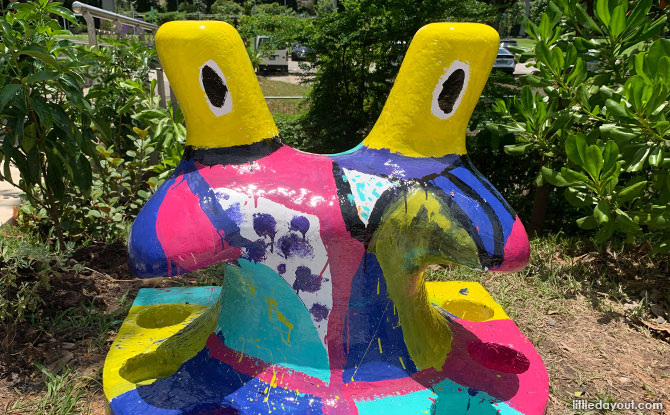 A set of mooring bollards can also be found at the park. Each bollard weighs around 300 kg and four of them could be used to secure a 120,000 displacement tonnage vessel docked at the terminal.

The bollards at the Pasir Panjang Park were donated by PSA Singapore.

The park also features some interesting trees, including those what would have been found along the coastal shoreline.

There is the Sea Teak, a critically endangered species, that was used as a softwood timber. 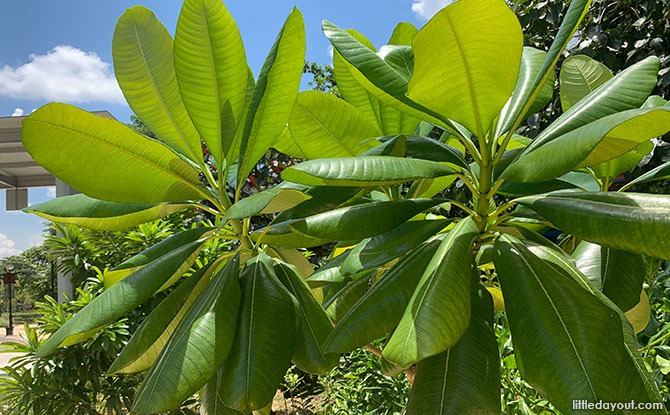 Another interesting tree is the Twin-Apple, another rare tree that grows on rocky and sandy seashores. 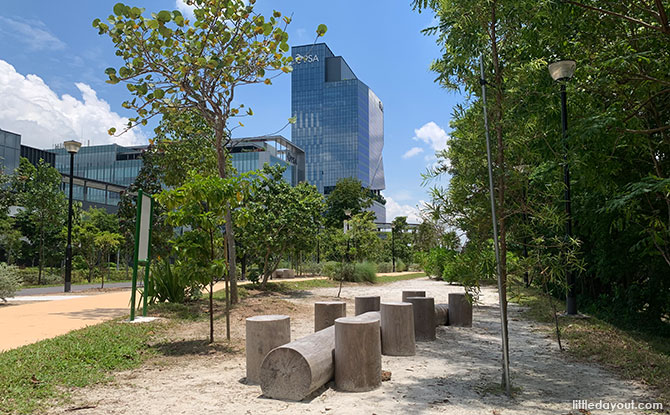 This section of the park is also where you can find the Pasir Panjang Park Nature Playgarden. This consists of a series of log-based obstacles such as stepping stones and a Jacob’s ladders. 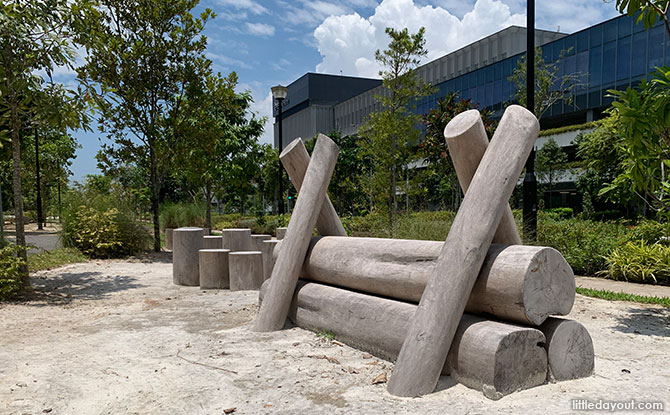 The Pasir Panjang Park Nature Playgarden is designed for kids between the ages of 3 to 6 years old. It is set on sandy garden, yet another call-out to the old shoreline.

Getting to Pasir Panjang Park 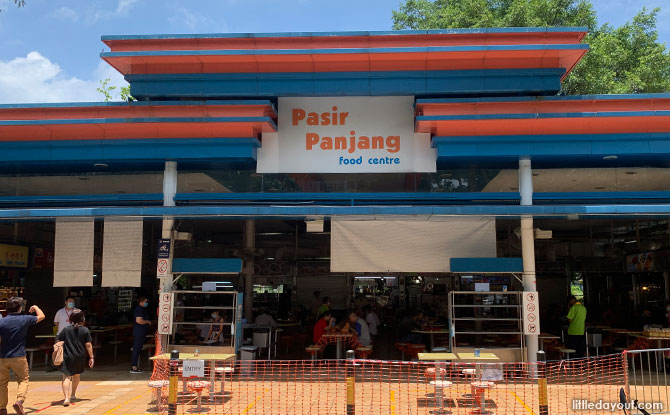 As mentioned earlier, the park is located just behind the Pasir Panjang Food Centre. It can also be reached by a footpath from the Pasir Panjang MRT Station.

Eventually, Pasir Panjang Park will be part of the Greater Southern Waterfront which will stretch out from Pasir Panjang to Bay East Garden. It due to be completed in 2026 and will cover 30 km of Singapore’s coastline.