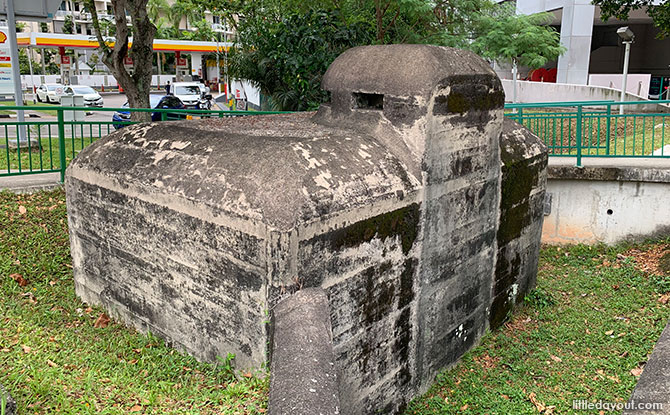 Part of the series of defences built in the 1930s to prepare for an invasion of Singapore via the coast, the Pasir Panjang Machine Gun Pillbox still stands as a testament to the time leading up to World War 2 in Singapore.

Located at the junction of Pasir Panjang Road and Science Park Road, just next to the Shell petrol station. 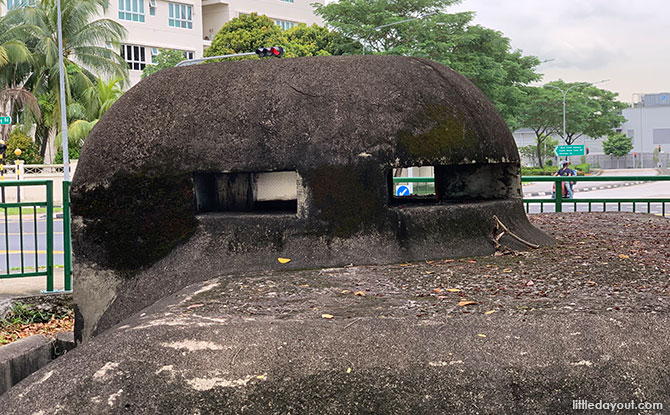 The heavy concrete structure would have housed soldiers who would man machine guns in the defence of the area. For the Pasir Panjang Machine Gun Pillbox, it lay within the area guarded by the 1st Battalion of the Malay Regiment, whose story is recounted at Reflections at Bukit Chandu.

It also served to protect installations in the area like ammunition depots and the Alexandra Military Hospital (now Alexandra Hospital). 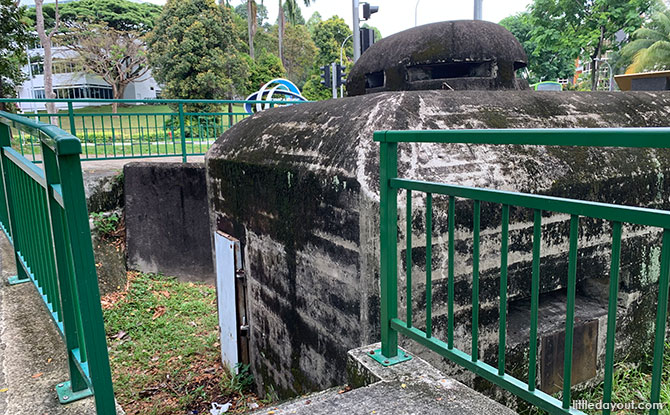 When paying a visit to the Pasir Panjang Machine Gun Pillbox, you will be able to take a set of stairs down to level of the pillbox. It seems that the road has “risen” to above its original level. 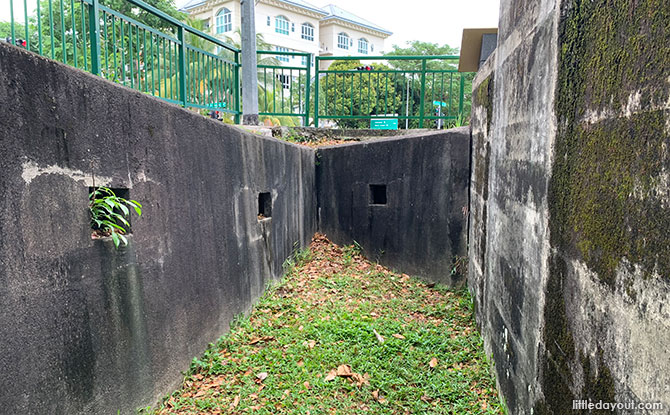 You can view the exterior of the concrete pillbox, including an entrance door, and imagine what it must have been like to be stationed inside the pillbox awaiting an attack from the enemy. 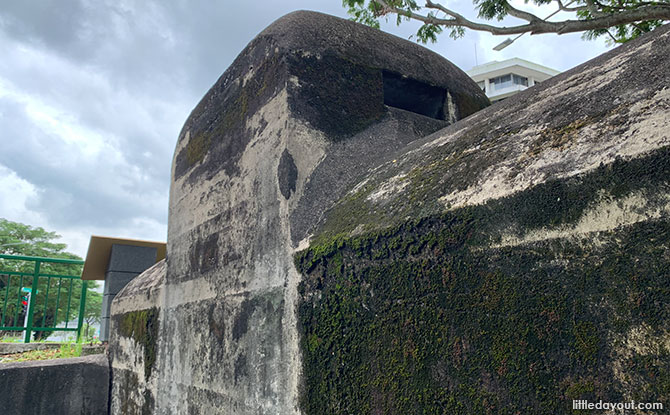 Personally, we think it must have been quite daunting.