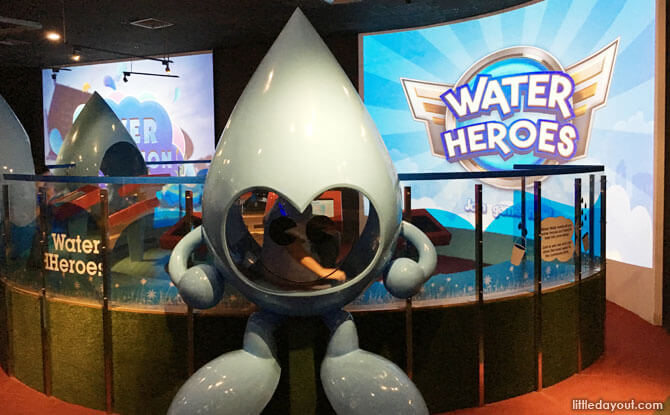 It has been 15 years since Singapore’s first NEWater plant opened in Bedok in 2003. This working factory also houses the NEWater Visitor Centre where you can learn about one of Singapore’s National Taps. 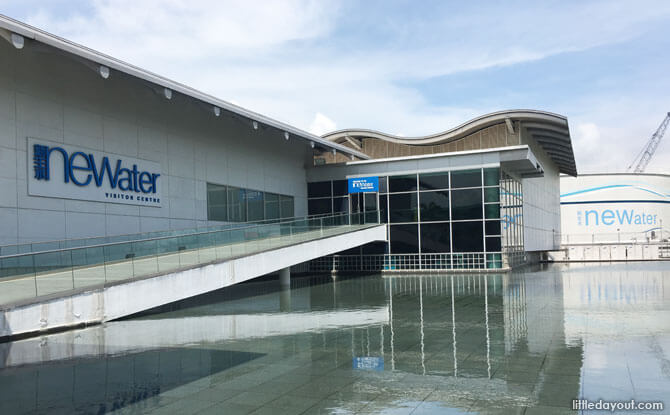 The first thing to note the NEWater Visitor Centre is to make a booking before visiting. Tours are conducted multiple times a day and you will need to join one to enter the facility.

Bookings can be made online. And not worry if you are not planning to visit with a big group. Even though the NEWater Visitor Centre caters to visits by kindergarten groups and school groups, it is also able to conduct tour for small groups of visitors.

Tours are conducted free of charge.

The tour at the NEWater Visitor Centre starts off with a video screening on the importance of water to Singapore. It emphasises the need to conserve water, a central theme that underpins the visit.

From the screening room, the tour adjourns to an exhibition area. 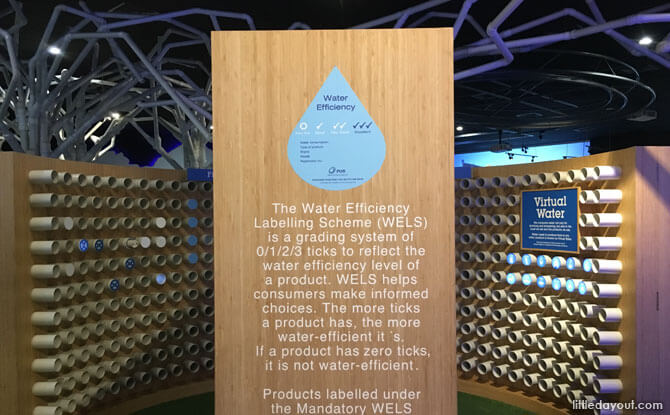 Here, there are exhibits such as information displays providing facts and figures about water usage and the importance of water conservation. 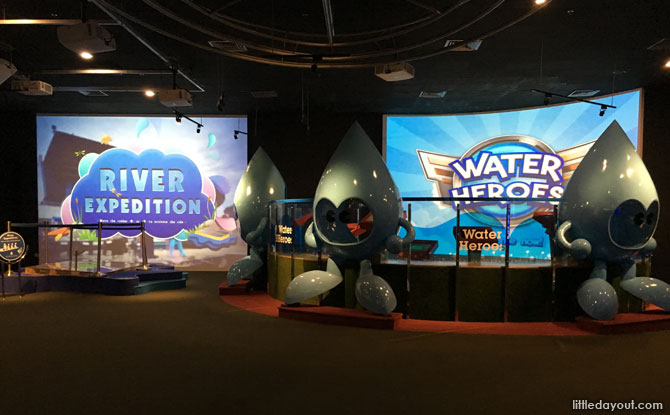 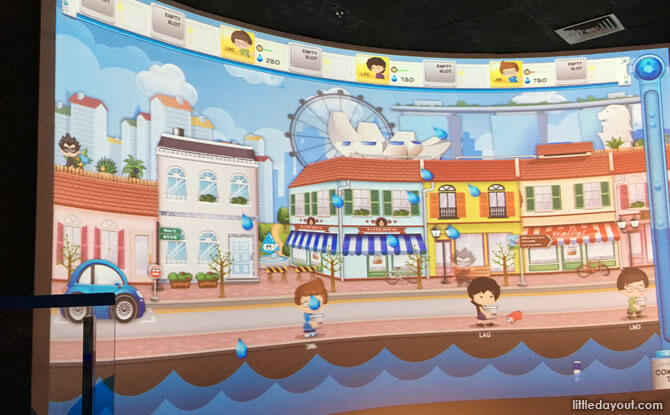 Among the interactive exhibits is a multi-person game, Water Heroes. In the game, each player’s avatar has to try to collect as many water droplets as possible to score points.

After a run-through of the Deep Tunnel Sewage System and an introduction to NEWater, comes the highlight of the visit to the NEWater Visitor Centre, a chance to view the NEWater factory. 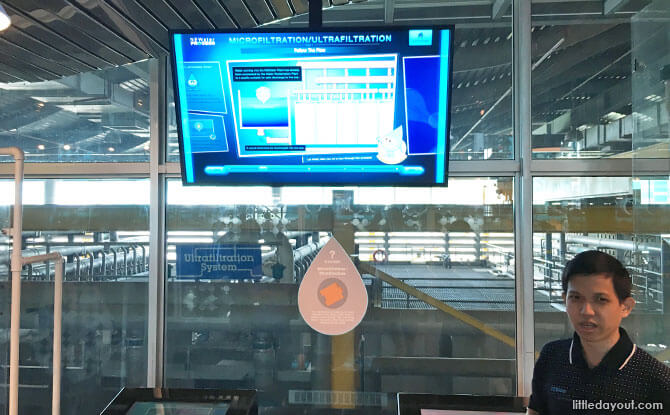 At a viewing gallery, the guide provides a walkthrough of the three-step process behind how NEWater is produced. 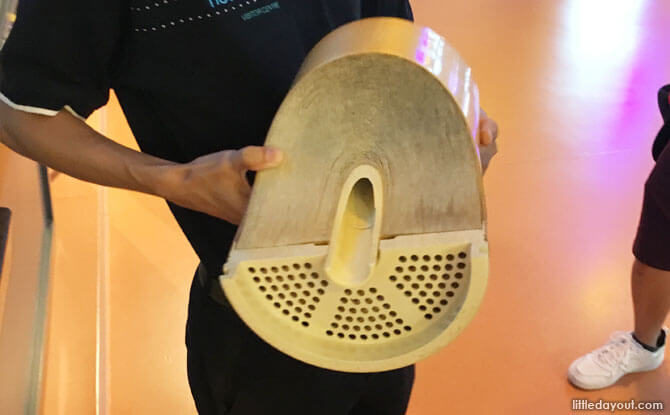 There isn’t much to see at the factory itself as it mainly consists of water running through pipes but the guide’s explanation of the process made this part of the tour very educational. 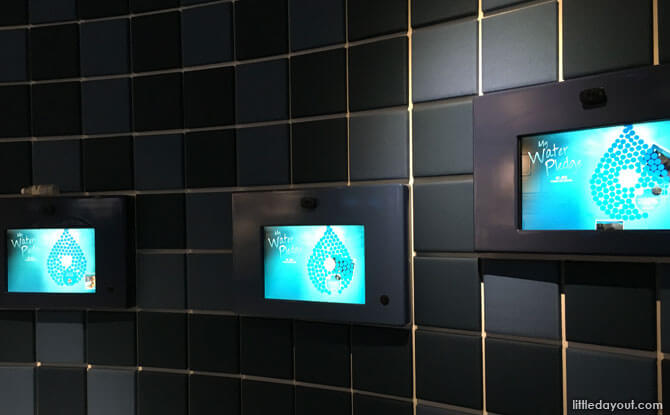 The tour at the NEWater Visitor Centre concludes with a look at the factory control room and an opportunity to pledge to conserve water. 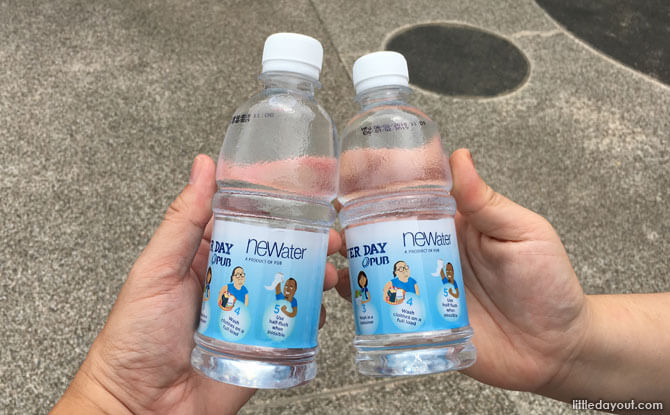 And everyone gets a bottle of NEWater too. 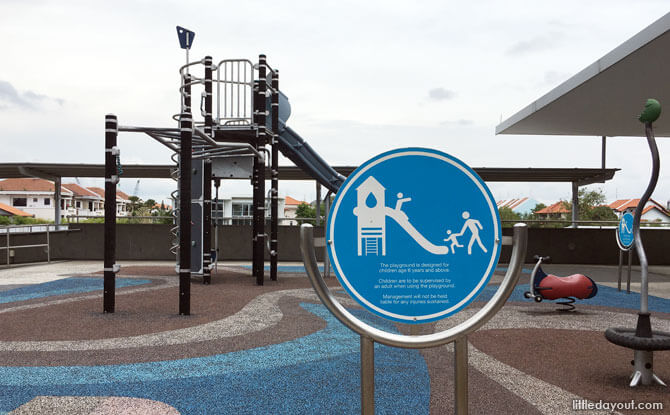 An additional treat for children awaits at the end of the tour – a playground!

The tour at NEWater Visitor Centre lasts for around 45 minutes. It was surprisingly informative and interesting.

As an additional tip, if you arrive early ahead of your scheduled tour time slot and have some time to kill, head to the floor below the reception area and look for the picture below. See if you can spot anything odd or unusual in the picture. This little “game” provided us with a fun way to pass the time while waiting for the tour to start. 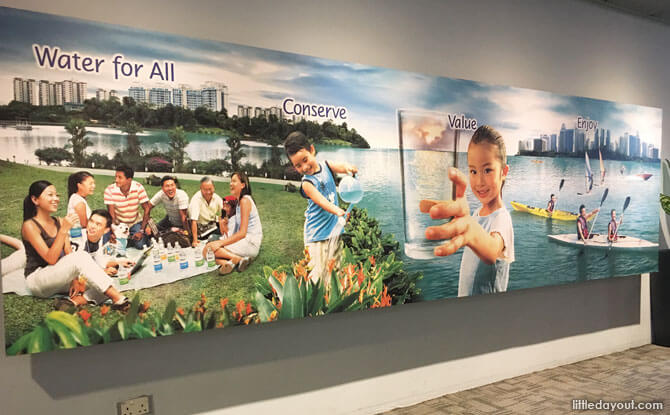