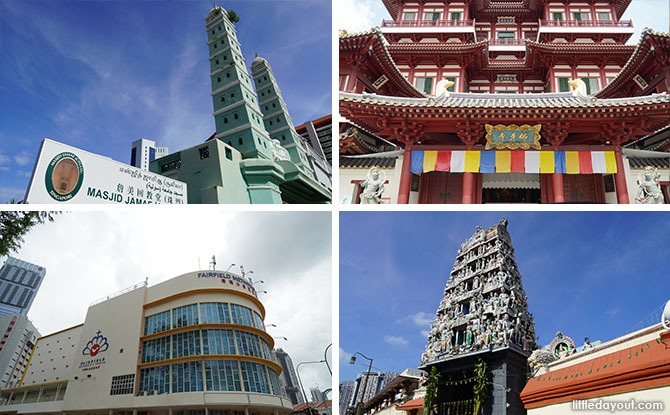 The description of Singapore being a “multicultural and multi-religious country” is a description that easily rolls off the tongue, but many might overlook the efforts put in to integrate race, language and religion as we progress towards a harmonious society.

On Deepavali, a group of us went on Let’s Go Tour Singapore’s “Regardless of Race, Language, or Religion” tour. This tour is part of their “This Is Home” series, which feature immersive walking tours catered for Singaporeans. LetsGoTour Singapore hopes to let Singaporeans walk away from these experiential tours with a deeper understanding and better appreciation for our home. 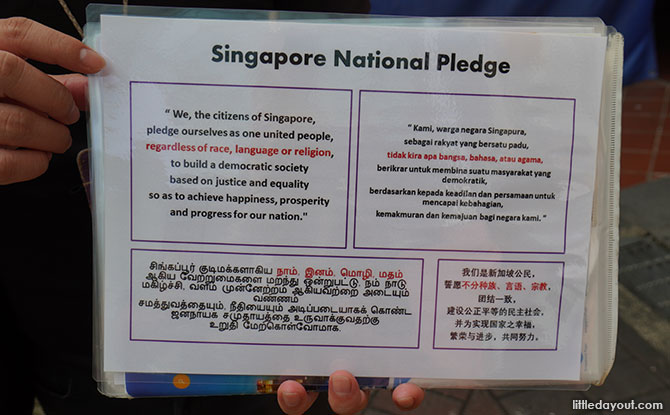 We met our knowledgeable and friendly guide, who jumped right into the tour by asking us if we knew the words of the Singapore pledge. “Regardless of Race, Language, or Religion” is the third line in our Singapore pledge and our guide facilitated the conversation about the four major races in Singapore, the 10 recognised religions as well as the “Maintenance of religious harmony act” that is implemented in our Singapore laws.

This discussion was exciting and even our young participant in the tour was able to meaningfully participate by sharing their perspective on diversity and inclusivity amongst their peer groups. It was a good start to the tour and we were excited to continue such conversations along the way.

The Jamae Mosque along Mosque street 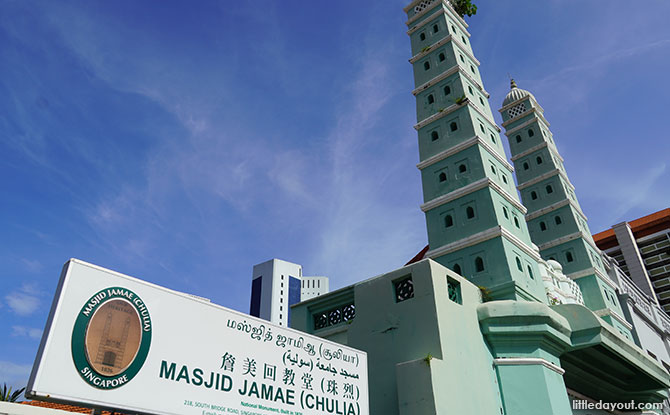 We wasted no time and made our way to Mosque street in Chinatown. This brought up an interesting conversation about the race as we learnt that it was the Indian Muslims, also known as Chulias, from the Coromandel Coast in South India, who were among the first Indian migrants to settled down in Singapore during the early 19th century at this location.

As we walked along this street, we learnt about the history and origins of shophouses in Singapore, and see one of the oldest shophouse buildings which is almost 150 years old! We soon approached the first religious site. The Jamae Mosque or the Chulia Mosque was built on Mosque Street to serve the religious needs of the people there at that time and continue to do so today. 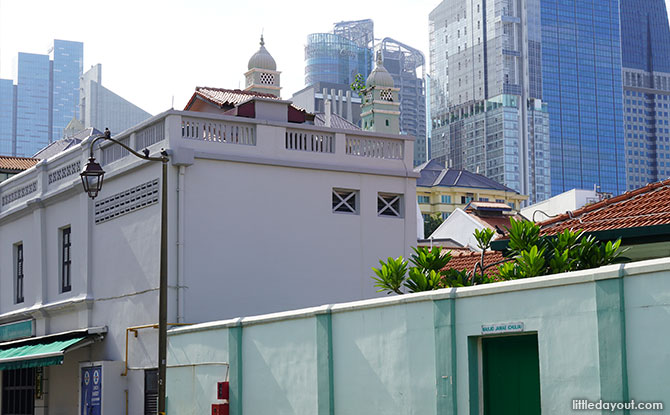 This well-known landmark in Chinatown with its entrance gate built in the South Indian style of the 1830s. We also learnt the original location of the Chulia Kampong as well as historical facts about the walkways that we walked along to get from one location to the other. 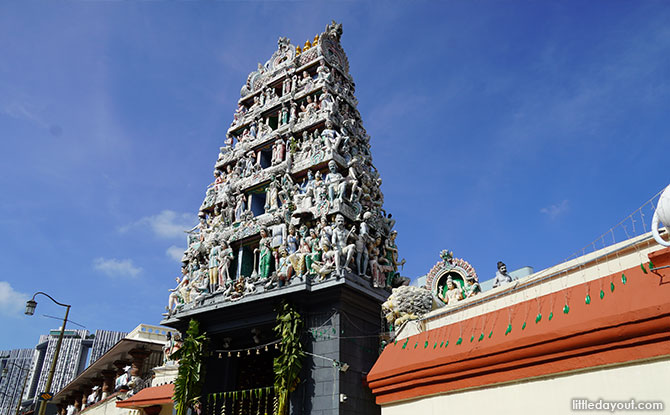 The second religious site that we visited was the Hindu temple along Pagoda Street. The Sri Mariamman Temple is the largest and oldest Hindu temple in Singapore. Our guide explained to us the distinct differences in the architectural structures of buildings depending on the region that it originated from. It was indeed a special day to be visiting this significant site and the festive spirit that surrounded the air was a unique addition to our experience of this multi-racial and multi-cultural tour.

A Break at Nanyang Coffee Shop 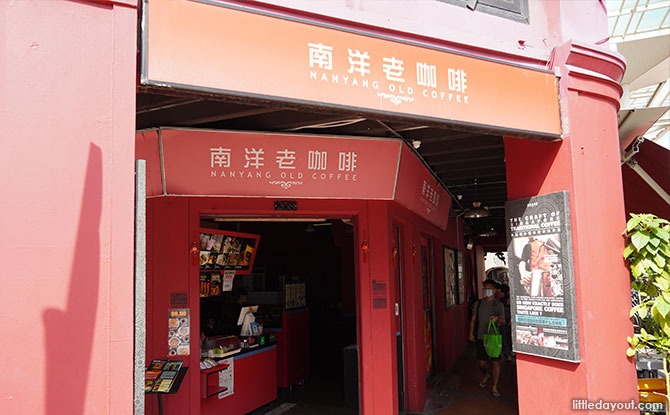 There was still much to be shared and to be discussed, and so the tour group walked over to Nanyang Coffee Shop, a private museum and coffee shop. Surrounded by old school items such as old-school sewing machines, we sat done for a coffee break to discuss more in-depth talk about race and religion in Singapore and it’s history. 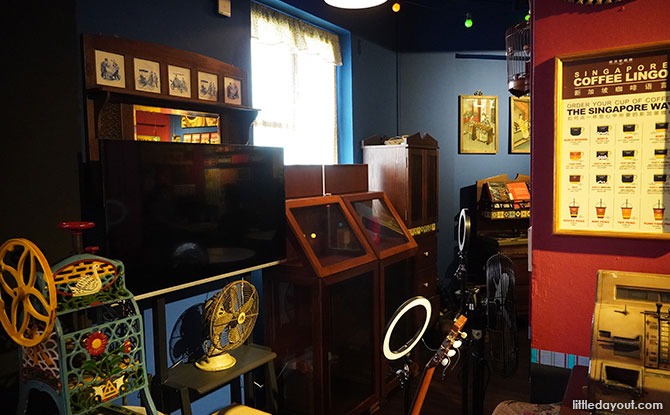 Since the sights, smells and sounds of our walk past the Sri Mariamman Temple and the Jamae Mosque were still fresh, we played a few interesting games using the flashcards brought by LetsGoTour. Although many of us are aware of the two faiths, all of us ended the game learning something new about these different beliefs. 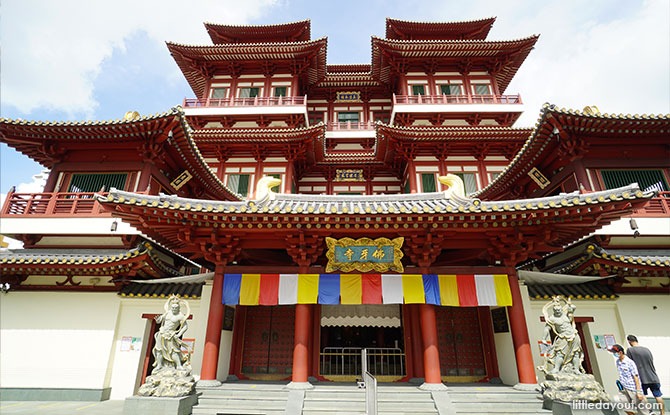 After our rest stop, we continued our tour and made our way towards The Buddha Tooth Relic Temple and Museum. Built-in 2007, the temple gets its name from what the Buddhists regard as the left canine tooth of Buddha, which has been recovered from his funeral pyre in Kushinagar, India and displayed on the temple’s grounds. 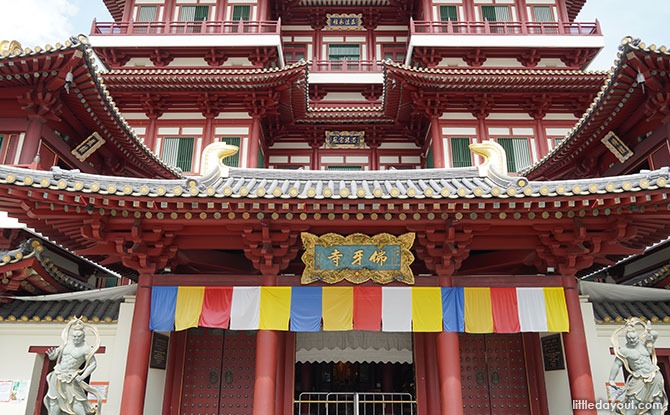 The building’s design was inspired by the Buddhist Mandala, a symbol of Buddhist culture that represents the universe. As we admired the building, our guide facilitated a short discussion sharing with us the differences and similarities between Taoism and Buddhism. He also shared that the Buddha Tooth Relic Temple and Museum is the only Buddhist temple in Singapore that caters to all the different divisions of the religion! 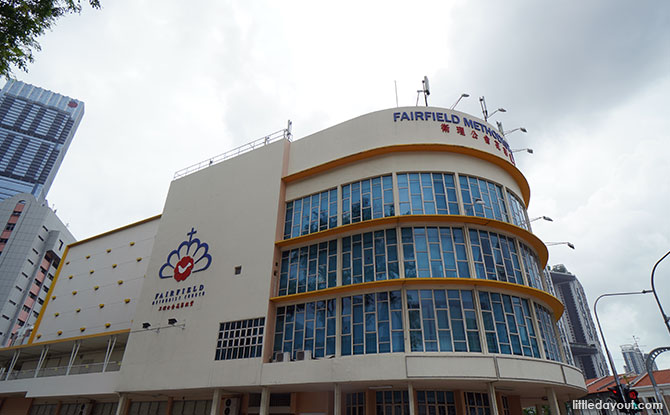 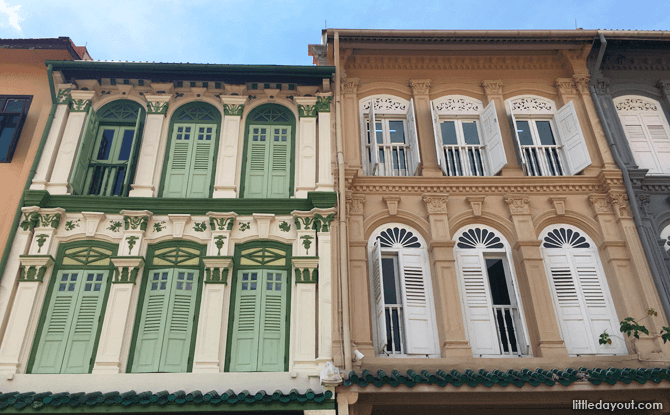 As we approached the end of our tour, we had a change of pace and made our way towards Ann Siang Hill. Our initial question of the reason for choosing Ann Siang Hill was soon answered as our guide shared with us that the district was once a predominantly Chinese migrant settlement, and was the ideal location to revisit certain house clan associations in the area, such as the Singapore Hokkien Huay Kuan on Telok Ayer Street.

In the past, Clan associations were built to help immigrants find jobs and community and today, clan associations have become valuable research centres and a space that preserves the cultural diversity of the respective dialect groups. 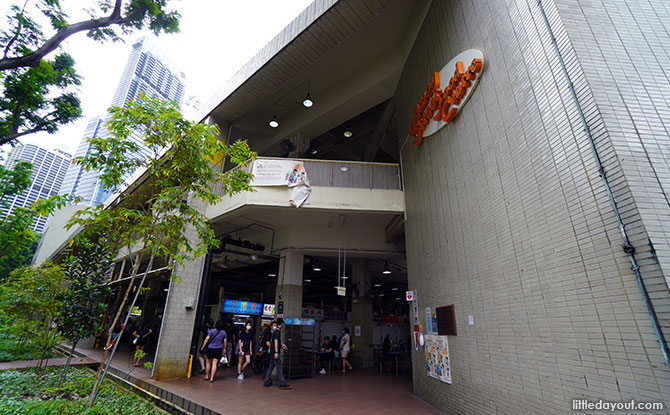 Our last stop of the tour was at Amoy Street, the famous food centre and a representative picture of how the different races and religions coexist in the same environment. Our guide recommended visiting The Harmony in Diversity Gallery which is within the same building of the hawker centre and comprises of four galleries of exhibits, artefacts and interactive features. The Gallery highlights the importance of seeking common ground to build mutual respect and appreciation for the beliefs of others, and the need to protect and expand our common spaces.

We ended the tour having lunch together at Amoy Food Street, a wonderful representation of the unique culture that we have fostered on our island. Personally, the tour was a great experience and a refreshing way to explore the locations that are commonly looked over. I was reminded to be grateful for the beauty in diversity of communities that we get to understand and see as the norm.