Home Play KidsSTOP’s CATalysts: Solve The Mystery Of The Missing Cat At A Walkabout... 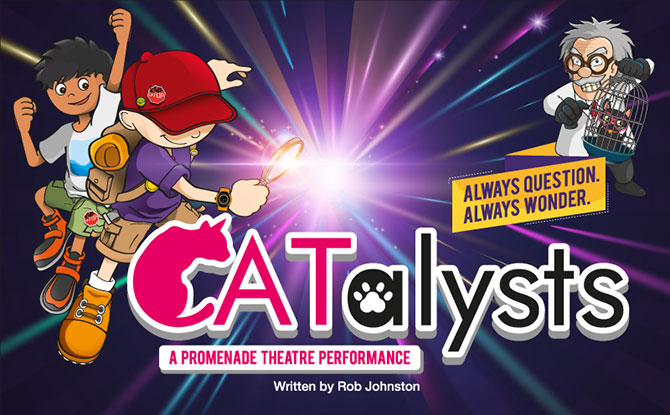 KidsSTOP’s Cat has gone missing! Now, kid sleuths have to help solve the mystery of the vanishing feline at a new immersive theatrical performance, CATalysts.

KidsSTOP has teamed up with Singapore Repertory Theatre to bring kids 4 to 8 years old on an exciting adventure around the Children’s Science Centre. CATalysts is a theatrical performance that combines Science, Technology, Engineering and Mathematics (STEM) with the Arts and is not to be missed.

Promenade Theatre Performance – Don’t Expect to Stay in One Spot

The first thing to know about CATalysts is that it is a promenade theatre show. In other words, don’t expect to stay in one spot for long.

The audience will move about KidsSTOP during the 40-minute long performance – perfect for inquisitive kids who can’t sit still. Madame Curie, KidsSTOP’s Cat, has been “cat-napped” by Dr FeelBad whose mission in life is to make everyone, errm, feel bad.

Thankfully, KidsSTOP’s mascots Jo and Win are on the case. But they need everyone’s help to find Madame Curie and bring her home safely. 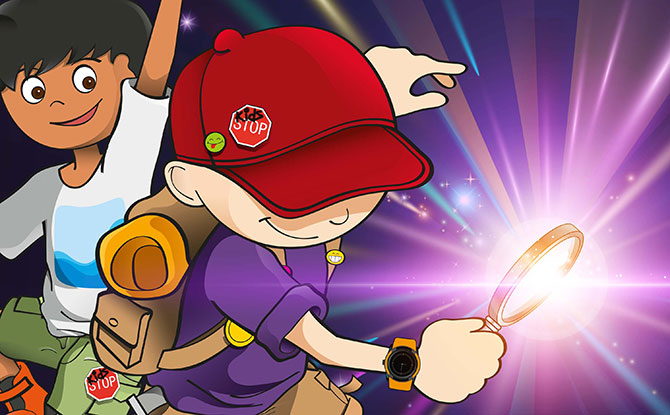 The quest starts off at the “train station” room. Using the power of Science and curiosity, young detectives will need to unravel the clues as they go in hot pursuit of Dr FeelBad around KidsSTOP.

Expect to visit plenty of places around the 3,000 square metre indoor learning centre, such as the Dinosaur and Rocket Ship zones.

Learn about Emotions and Science 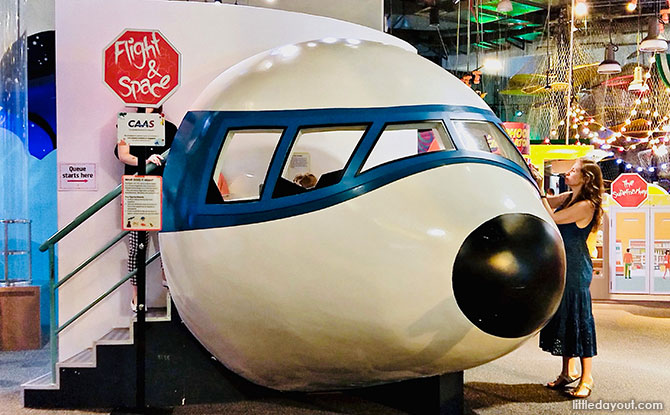 During CATalysts, the audience will get to see KidsSTOP in new light through theatre and storytelling. Through hands-on exploration, they will get to learn about space, volcanoes, magnets and more.

The biggest lesson to be learnt at CATalysts will be about emotions. The audience will get to uncover what is making Dr FeelBad feel SO bad.

The young audience will learn about human emotions and why we sometimes feel angry or sad.

Headsets – Actors In Your Ear

In case you are wondering if you will be able to hear the performers clearly during the walkabout performance, have no fear. Each audience member will receive an individual headset to hear the actors clearly.

Adding to the theatrical mood, an original soundtrack, composed by James Hamilton from the UK, will be played through the headsets.

Hands-on Workshop To Round Off CATalysts 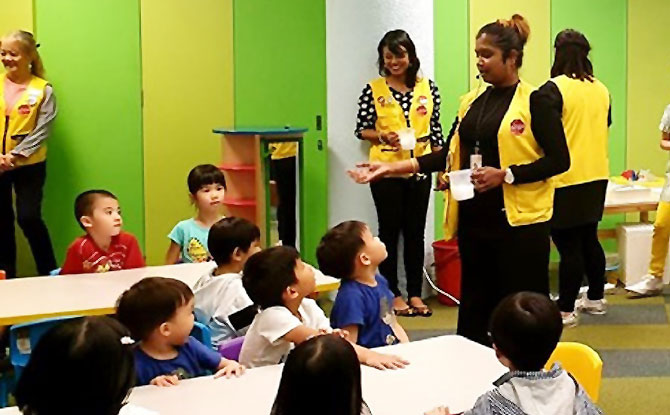 There will be a hands-on workshop following the promenade segment of CATalysts.

Conducted by KidsSTOP’s professional educators, the 20-minute workshop will guide children along as they learn about different emotions and they relate to colours.

Kids will get to mix liquids together (like real scientists) and even take home an activity booklet with crafts to make.

Parents and teachers who wish to carry on the learning at home can download a learning pack too. 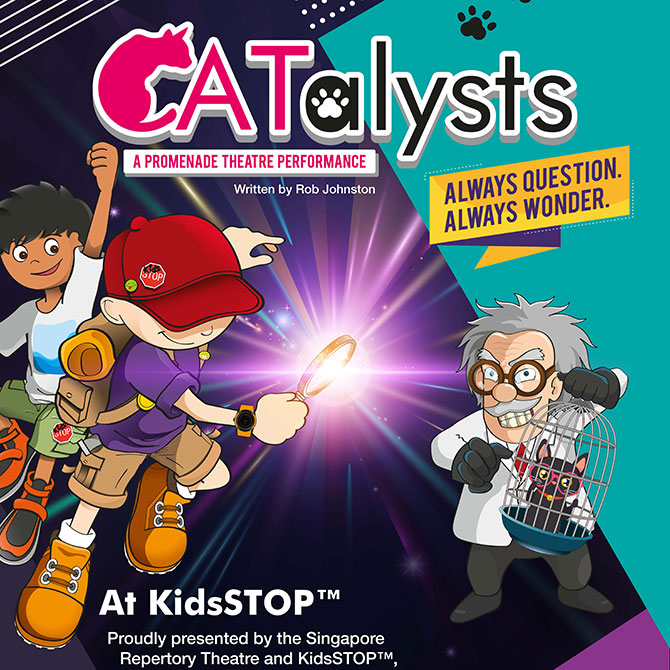 CATalysts is written by Rob Johnston from the UK. Before becoming a playwright, Rob was an engineer and he has a degree in theoretical physics.

Elaborating more about the show, he said, “As well as being an engaging and exciting theatrical experience, I hope Catalysts helps young people to develop an awareness of emotions; their own and the people around them.”

This is KidsSTOP’s first collaboration with Singapore Repertory Theatre and its second theatre show after 2018’s musical, ‘One Kind Of Science’.

“At KidsSTOP, we teach STEM through creative drama as we feel that children learn best through play. It also allows children to be introduced to STEM concepts in a more fun, friendly and engaging manner,” explained Fatin Afiqah Bte Musa, Senior Educator, KidsSTOP.

CATalysts runs from 24 September to 10 October 2019. It is a parent-accompanied programme and tickets are now on sale through SISTIC.

Find out more about CATalysts at KidsSTOP here.

This feature is brought to you by KidsSTOP.