Home Play Ideas & Activities How To Play Flag Erasers: Battle Your Way To The Top 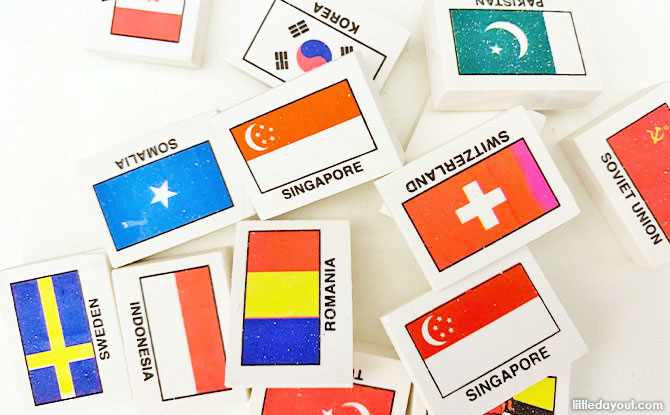 Many might remember that country flag erasers were a popular stationery item to be found in many of our childhood pencil boxes because they were useful for both work and play. These erasers were also popular as players might try to collect as many different country flags as they could.

A popular game to play with these flag erasers was a game similar to kuti-kuti where players have to try to “conquer” the other country by getting their flag to be the one on top. Here’s how to play Flag Erasers.

What you need to play Flag Erasers 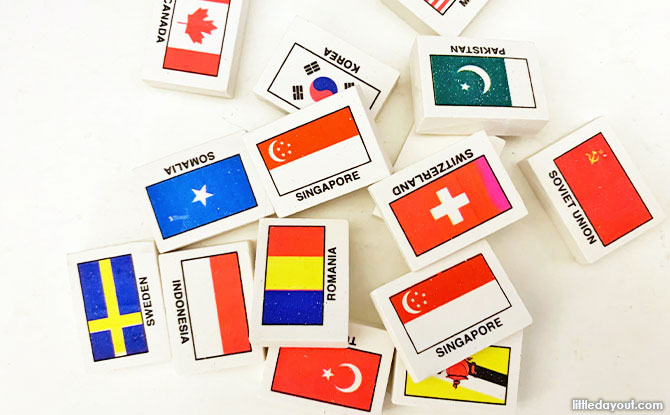 How to play Flag Erasers 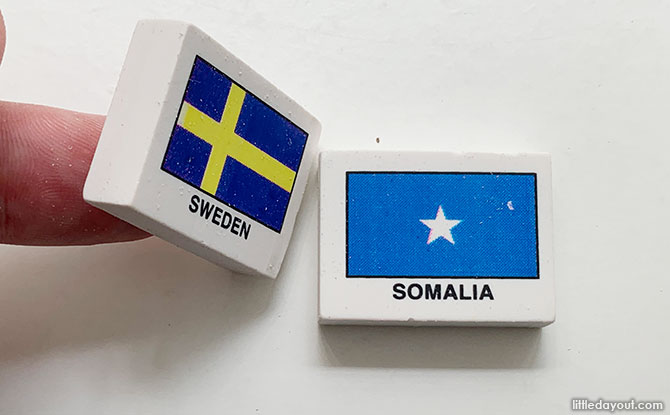 First, two players will set their flag erasers either on opposite ends of the table or side by side. The aim of the game is to have one of the flags land on top of the other eraser.

Players will take turns to nudge or flip their eraser towards the opponent’s eraser. 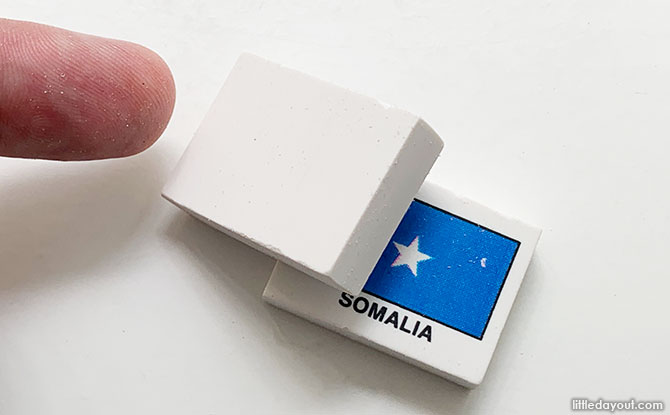 When one of the erasers successfully lands on top of the other eraser, the player of the eraser on top wins the game!

Depending on the player, this might also mean that the winning player gets to keep both erasers. 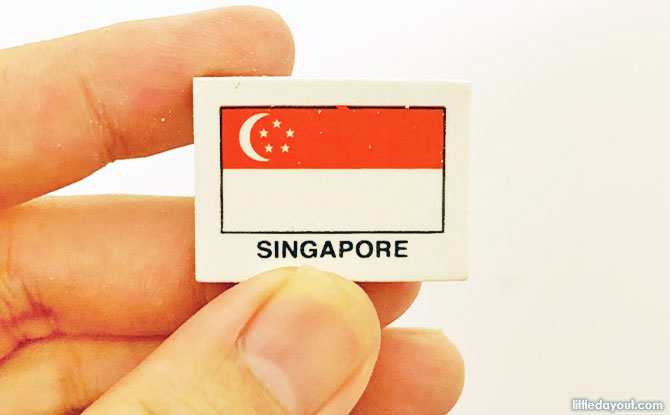 Another popular way to play this game was to affix staples to the bottom of the eraser in an asterisk, making it into a spinning eraser. Players would then try to spin the erasers and try to knock an opponent’s eraser off the table.

Another method was to make the corners of the erasers round, thus making it easier to bounce when flipping their eraser towards the opponent’s eraser.