Home Lifestyle Humour 100 Funny Planet Jokes That Will Have You Laughing Out Of Our... 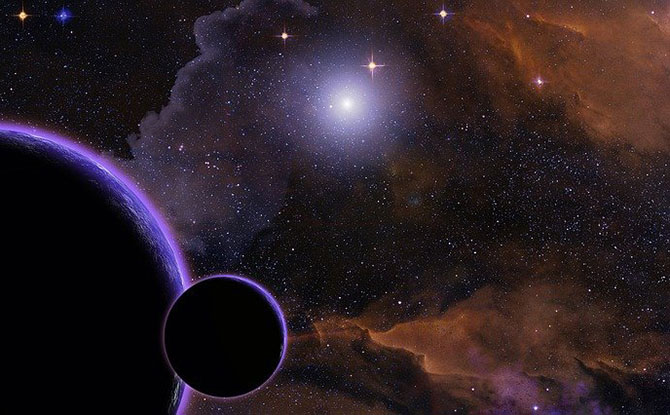 There are an estimated 100 billion planets in the Milky Way galaxy alone. And while that number may seem daunting, astronomers have been able to identify and classify many of these planets. Here’s a look at some interesting planet jokes based on those found in our universe.

Planet Jokes For an Out of the World Laugh 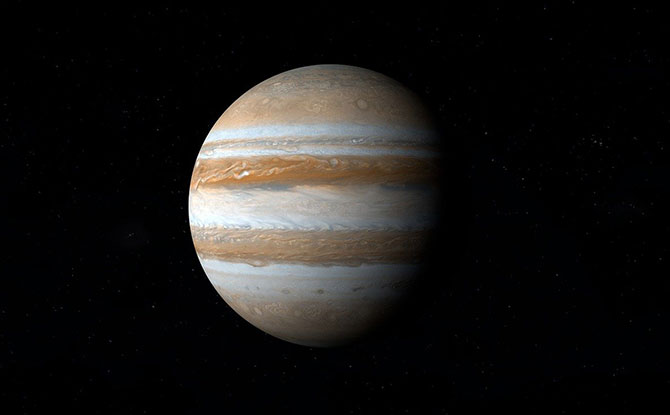 1. When is the moon out of money?
When it goes down to its last quarter.

2. Why does Earth only have one moon?
Because the planet is moonogamous.

3. What did Earth say to the other planets in the solar system?
You guys have no life.

4. Why did Mickey Mouse go to outer space?
To find Pluto.

5. How do you throw a party in space?
You planet.

6. Why didn’t the sun go to college?
Because it already had a million degrees.

7. What is an astronaut’s favourite key on the keyboards?
The space bar.

8. Why did the planet break up with her boyfriend?
Because she needed some space.

9. Why do astronauts like space?
Because it’s too out of this world.

10. Why couldn’t the astronaut put the helmet on his head?
Because she didn’t have enough space.

11. What is an astronaut’s favourite candy bar?
A mars bar.

12. What kind of songs do the planets in outer space sing?
Nep-tunes.

13. What did Mars say to Saturn?
Give me a ring sometimes.

16. Which planet wears the most jewellery?
Saturn.

17. Which planet is the richest?
Saturn, because it has many rings.

18. Where does an astronaut park his spaceship?
At a parking meteor.

19. What was the first animal in space?
The cow that jumped over the moon.

20. What does an astronaut call his ex from space?
SpaceX.

21. Why did the people not like the restaurant on the moon?
They said there was no atmosphere.

22. Why did the cow go into space?
So he could land on the moooon.

23. What is the earth’s favourite day of the week?
Moon-day.

24. Which do astronauts miss drinking in space?
Gravi-tea.

25. What do you call an alien with three eyes?
An aliiien.

26. What do you do with an astronaut who is upset?
Give him space.

27. Why didn’t the aliens want to visit our solar system?
Because it only has one star.

28. Why did the sun read novels?
To get brighter.

29. Why did the star get arrested?
It was a shooting star.

30. What happens if you cross Dwayne Johnson with the moon?
You get a moon rock.

31. What did the moon say to its therapist?
I’m going through a difficult phase.

32. How much do you have to pay for the moon?
Four quarters.

33. What is Earth’s favourite dance move?
The moonwalk.

34. What is a planet’s favourite magazine?
Cosmo.

35. What is a planet’s favourite drink?
A Cosmo-politan.

36. What do you call a comet wrapped in bacon?
A meateor.

37. What did the alien say to the flower bed?
“Take me to your weeder!”

38. Why can the planet not tell anyone about his hobbies?
Because they are all out of this world.

39. Why did the rock on the moon taste better than the rock on earth?
Because it was a little meteor.

40. Where do planets go for their higher education?
The universe-ity.

41. Why are astronauts difficult to talk to?
Because they are not down to earth.

42. How does Jupiter successfully hold up its pants?
With an asteroid belt.

43. When does Earth know that the moon cannot eat anymore?
When the moon is full.

44. Why did Earth call the moon crazy?
Because the moon was a luna-tic.

45. What is a planet’s favourite chewing gum?
Orbit.

46. Why does Earth not like visiting the restaurant on the moon very often?
There is no good atmosphere.

47. Why is the sun popular amongst the planets?
Because the sun is the center of the universe.

48. How does the man on the moon cut his hair?
Eclipse it.

49. How do aliens get their dinner?
On flying saucers.

50. Where do astronauts like to relax at after work?
The space bar.

51. How can you tell that an astronaut is angry?
When he blasts off. 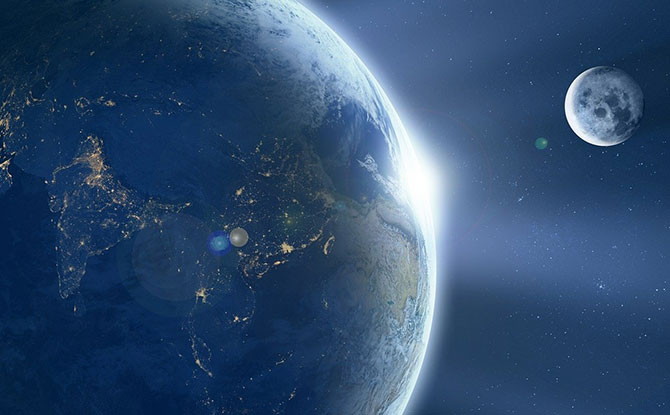 Earth is the third planet from the sun and is the largest of the terrestrial planets. Earth has a diverse climate and environment, including oceans, deserts, mountains, and rainforests. The planet is also home to humans and other animals. Earth has one moon. Here are more funny earth planet jokes.

52. How did earth react to the present he got?
He was over the moon.

53. Why can’t the moon live without Earth?
Because the moon’s life revolves around the Earth.

54. Why was it difficult for planets to play golf?
Too many black holes.

55. Why couldn’t the planet not concentrate on his work?
Because he kept spacing out.

56. Why are the planets not friends with the sun?
Because the sun thinks everyone else revolves around it.

57. What did Neptune say to Hailey when they fought?
Comet me, bro.

58. Why are planets never able to execute their plans?
Because they make them out of thin air.

59. Why is it difficult to explain things to asteroids in space?
Because they do not understand the gravity of the situation.

60. Why aren’t astronauts hungry when they get to space?
They had a big launch.

62. Why don’t aliens eat clowns?
Because they taste funny!

64. Why did the rocket scientist stop working on a project?
He had no comet-ment.

65. Why is Saturn the best sounding planet in the solar system.
It has a nice ring to it.

66. What is Planet Earth’s favorite board game?
Moon-opoly.

67. Why did the astronauts struggle when they landed on Venus?
Because they faced a lot of pressure.

68. What did the planets drink when they wanted to bulk up?
Milky Whey.

69. How do planets buy their coffee?
With star bucks.

70. How did the planets know Pluto was dead?
His name was in the orbit-uaries.

71. Why was Jupiter angry with Saturn?
Because Saturn de-asteroid Jupiter’s trust. 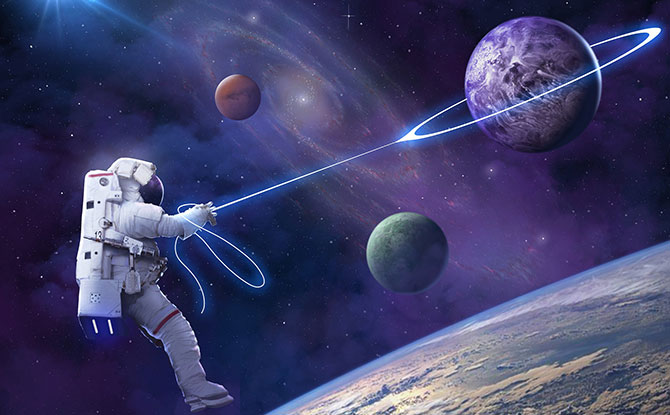 Mars is the fourth planet from the sun and is the second smallest planet in our solar system. Mars has a thin atmosphere and a cold, dry climate. The surface of Mars is covered in dust and rocks, and the planet has two small moons. Here are more planet jokes for some fun and laughter.

72. Which artist is most popular among the planets?
Bruno Mars.

73. Did you hear about the planet reading a book about anti-gravity.
It’s impossible to put down.

74. Why did the planet go to the dentist?
Because he spotted some black holes.

75. How can you tell the planets were angry at the sun?
They started a revolution.

76. Why is everyone scared of Earth?
In case they get grounded.

77. What do planets say when they are skeptical about something?
Are you Sirius?

78. Why is Earth considered the best among all planets?
Because Earth rocks.

79. What did the planet win in the competition he participated in?
A constellation prize.

80. Why was the Sun receive an award at planetary school?
Because it was the star student.

81. Why did the cow want to leave the planet?
To go to the Milky Way.

82. Why is it never dark on Mercury?
Because it is the Morning Star.

83. What did the alien say when he was out of room?
I’m all spaced out.

84. Why do planets write short poems?
Because they like uni-verses.

85. Which social media platform do planets like to use the most?
Spacebook.

86. Why don’t people think of visiting Mars?
Because the prices are astronomical.

87. Why do people on Earth like the way the planet rotates?
Because it makes their day.

88. Why didn’t the Dog Star laugh at the joke?
It was too Sirius.

89. What should you do if you see a green alien?
Wait until it’s ripe!

90. What do aliens say to the meter ruler?
Take me to your liter.

Mercury is the closest planet to the sun and is also the smallest planet in our solar system. Mercury has a very thin atmosphere and is incredibly hot, with temperatures reaching up to 800 degrees Fahrenheit. The surface of Mercury is covered in craters, and the planet has no moons.

91. Why did Mercury skip classes one day?
Because he had a very high temperature.

92. Why is it dangerous to go near Mercury?
Because of mercury poisoning.

93. Why is everyone on Mars considered a communist?
Because they live on the red planet.

94. Which virtue do planets believe in the most?
Comet-ment.

96. How do astronauts say sorry to Earth?
They Apollo-gise.

97. What do you call a non-vegetarian planet?
Meteors.

98. Why is fine dining served on Jupiter?
It’s gastronomical.

99. Why was Jupiter disqualified from the race between the planets?
It was caught taking asteroids.