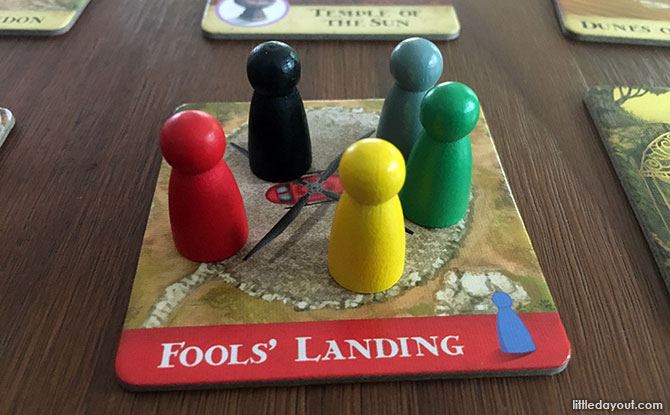 Tabletop games can be plenty of fun – until someone wins and others lose.

The Forbidden Island Card Game is a cooperative tabletop game which eases people into the tabletop gaming world – without the drama of sore losers. It is a game where all players collaborate and work together with a common objective. 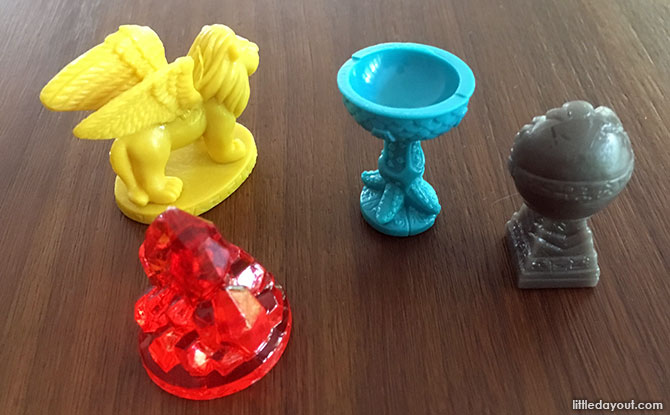 A team of adventurers land on the Forbidden Island. Together, they must retrieve four sacred treasures – the Chalice, Globe, Lion and Flame – scattered around the island.

But here’s the catch, the island is sinking and the players will need to strategise together on how to get the treasure and escape before the Forbidden Island swallows up the treasure and the intrepid adventurers.

The Forbidden Island is made up of 24 island tiles arranged in roughly the shape of a cross. The island tiles have names like Tidal Palace and Lost Lagoon, representing locations on the island.

The game requires two to four players. Each player draws a random adventurer card. This represents the player’s persona and abilities. These include personas such as an Engineer and the Diver. Each character has a special ability that can be used in the team’s quest to retrieve the treasures.

Grab the Treasure and Escape 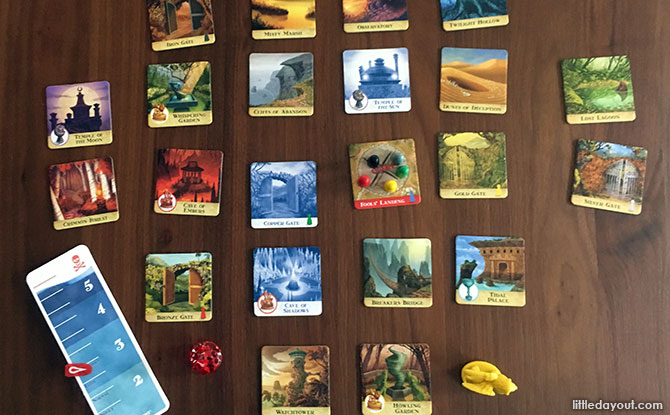 The objective is for the team to collectively retrieve the four treasures that can be found around the island and then escape the island with the goodies.

The game starts with all players on Fools Landing, an island tile. This is where the adventurers start and where all adventurers must return to in order to escape from the Forbidden Island once all the treasures have been retrieved.

In gist, each player gets a turn where they can take up to three actions. This can be to move, exchange items with team members or shore up sinking parts of the island. The player will also draw two “Treasure Cards”.

Once the player completes his or her turn, it is then the island’s turn to “play”. This is done by drawing on a set of “Flood Cards”. These indicate which Island Tiles will start to sink (done by turning them over to the “submerged” side, indicated by a blue hue). 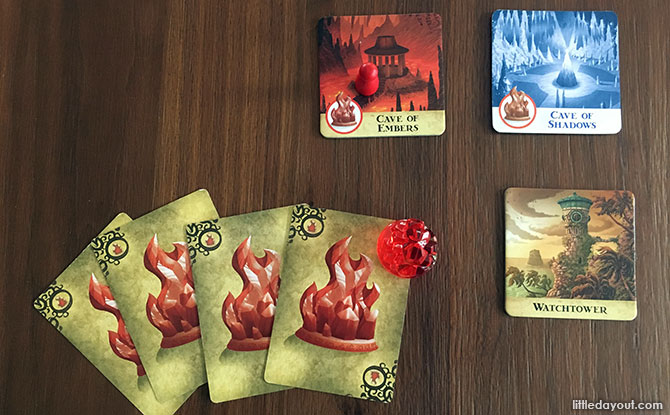 To collect the treasure, the player must be on an Island Tile which has the desired treasure picture on it and exchange four of the relevant “Treasure Cards” for the treasure token.

There are also additional details such as the abilities of the various adventurers and special cards such as “Waters Rise” and “Sandbags”, but the above is the basic gameplay. 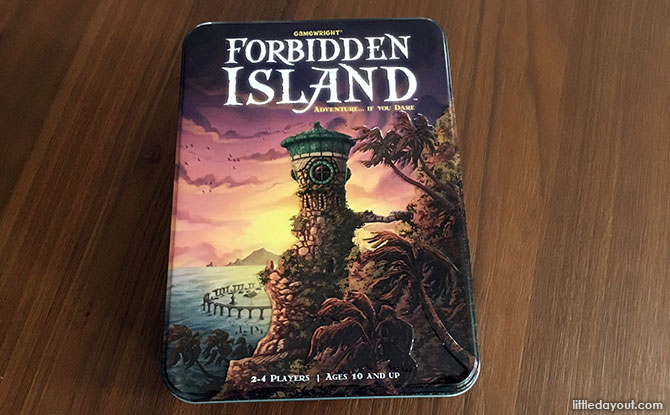 On the whole, Forbidden Island is a great family game. After you get a hold of the gameplay, it become an exciting game where everyone can cooperate and strategise together. The team has to make decisions together to maximise each team member’s move.

As the game progresses, the tension amps up as the “Waters Rise” and the island starts to sink.

There is a collective cheer and shared success once the objective has been achieved. This makes it a “safe” game to introduce new gamers to tabletop games, keeping it light and fun for everyone.

The Forbidden Island card game is recommended for ages 10 and up.

READ: Where to Buy Board Games in Singapore