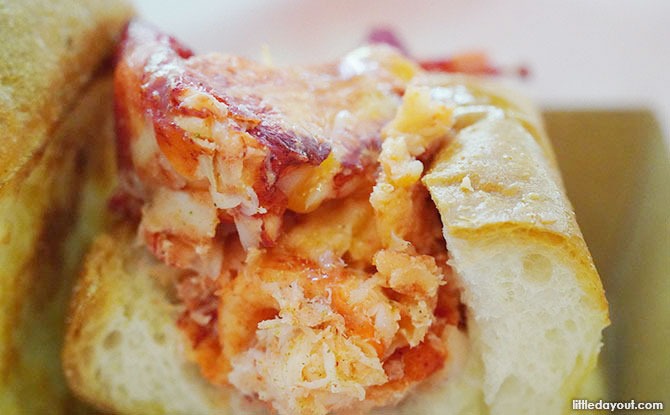 Luke’s Lobster rolls have arrived in Singapore! If there’s one aspect of travelling that I miss the most, it is trying the different foods around the world. Thankfully, these Lobster Rolls that are popular in countries such as the USA and Japan have travelled to us instead and are now available starting 23 September 2020. 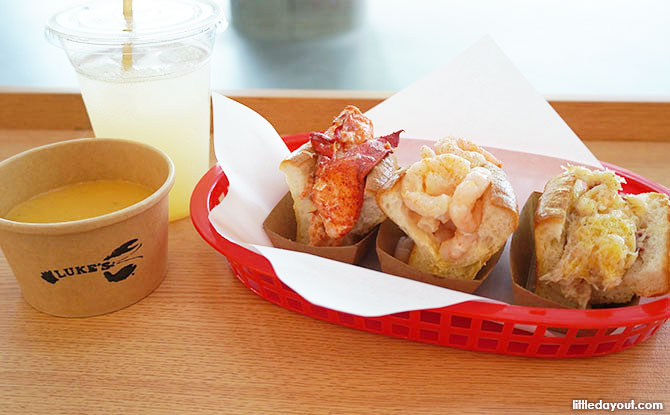 This Luke’s Lobster outlet is the first outlet to open in South East Asia and the brand prides themselves in serving 100% traceable seafood in all their stores. This means that each lobster roll is fair to both the environments as well as the hands that make it happen. Diners can also be assured that the price of the roll is justified by the assured quality of ingredients. 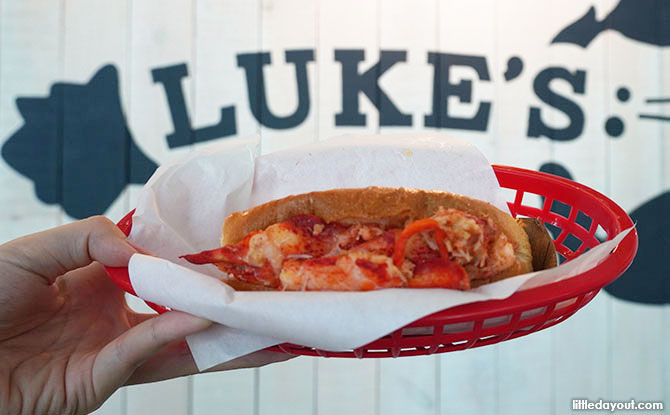 We visited their new flagship outlet at Shaw House tried the various items on their menu.

We started with the dish that holds the name of the restaurant: “Luke’s Lobster Roll”. Each lobster roll is made with a lemon buttered split-top bun base that is then topped with a quarter-pound (113g) worth of lobster.

The fresh lobster meat that is taken from the claw and knuckle of the lobster is covered in Luke’s special seasoning which is made of a mix of spices, herbs, mayo and garlic powder. 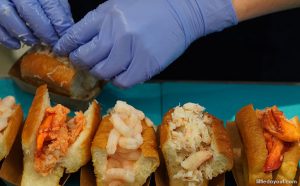 The juicy chunks of lobster made each bite a very satisfying one. The texture of the bun was very nice and soft. The contrast in the temperature of the warm bun with the cold lobster meat surprisingly added to the experience too. 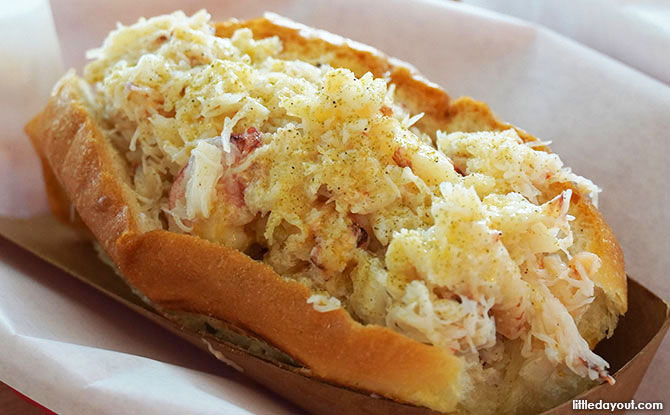 For those who find lobster meat too briny, Luke’s Lobster also offers crab rolls and shrimp that are made of sustainably caught seafood. The crab chunks were a personal favourite over the shrimp rolls because of the texture and sweet aftertaste of the crab. The shrimp, however, were fresh, firm yet juicy. 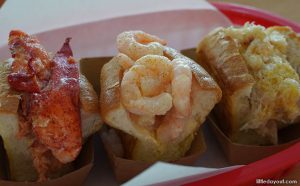 For those who can’t decide which seafood topping to one to get, you don’t have to choose if you get Luke’s Trio which comprises of a half roll of lobster, shrimp and crab.

Despite the seemingly small size, we were surprised to find that we were very satisfied after filling our previously empty stomach with these seafood rolls.

Of the three, the lobster was still the star because of its hearty and juicy consistency but special mention goes to the crab roll which was also well received at the table. 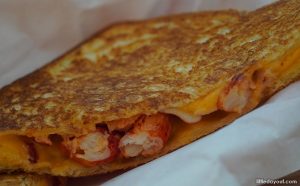 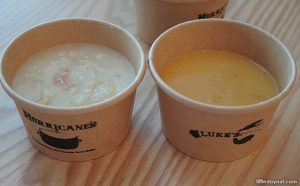 Luke’s Lobster has two soup sides that diners can pair with the yummy lobster rolls. The clam chowder is extremely hearty and we were pleasantly surprised by the generous amount of clams that went into this dish. The other soup is smooth and creamy lobster bisque. We enjoyed the consistency of both soups and appreciated that the seafood wasn’t too briny and the soups weren’t too watery 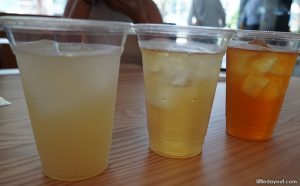 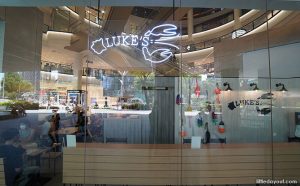 Luke’s Lobsters are taking pre-orders on their website, and they hope to be able to extend island-wide delivery options soon. Check out their Facebook for more information and updates.