Home Play Discover Singapore’s Past Through It Roads: Stirling Road 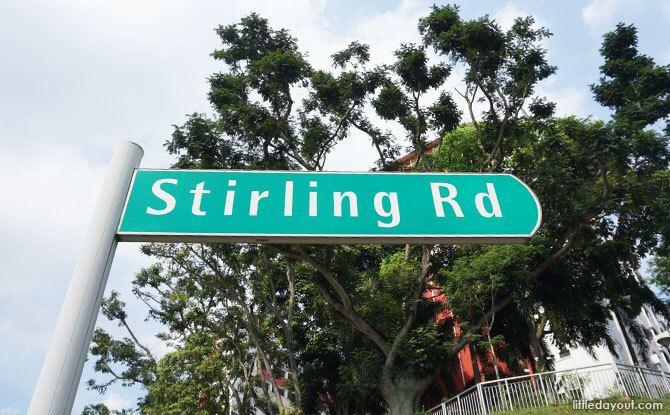 Today, Stirling Road is a residential area with a mix of private houses, HDB blocks and the odd private condominium development. Found with within the Queenstown estate, one of the earliest HDB estates in Singapore, Stirling Road runs from Queensway at one end, adjacent to Commonwealth Avenue and almost to Alexandra Road at the other.

Who is Stirling Road Named After?

Who is William George Stirling?

William George Stirling arrived in Malaya in 1907 at the age of 20. In 1915, he joined the Chinese Protectorate in Malacca. In 1916, He married Chan Chee Man, daughter of a prominent merchant in Canton, China while studying there.

The Chinese Protectorate was a government department set up in 1877 to manage all affairs relating to the Chinese in the Straits Settlements. Among its tasks were to regulate Chinese immigration, suppress Chinese secret societies and manage abuses among the Chinese population.

In 1925, he published a three-volume book, the Hung Society. During his service, he also collected various secret society artefacts. These are now part of the National Museum of Singapore’s collection and can be viewed at the Singapore History Gallery.

In his later years, the British civil servant turned his attention to sculpture.

Among his prominent works are Typical Prosperous and Honest Merchant, a bronze bust of a Chinese gentleman which he sculpted and presented to the Raffles Museum (now National Museum of Singapore) in 1939 in recognition of the Chinese community’s role in the Straits Settlement.

Another of his sculptures, Malay Boy, is on display at Gallery 1 of the DBS Singapore Gallery, National Gallery of Singapore.

Other Interesting Facts About Stirling Road

Stirling Road is also known for having the oldest HDB blocks in Singapore. Blocks 45, 48 and 49 are the oldest built by the Housing & Development Board and were completed in October 1960. The seven-storey flats led to the neighbourhood being known colloquially as “qik lao” or “seven storeys” in Hokkien.

The area is also where terrace houses were built by the Singapore Investment Trust (SIT), the predecessor of HDB. They were completed between 1959 and 1961.

These two housing developments are significant as they represent the transition from the colonial SIT to the Housing & Development Board which formed in 1960.

The Queenstown Sports Complex along Stirling Road is also significant as it is Singapore’s first neighbourhood sports complex. It was opened in August 1970 by then Minister for Education, Lim Kim San.

Before the area was developed as part of the Queenstown estate, it was a hilly rural landscape with a village known as Boh Beh Kang, or “No Tail Village”. Many of the villagers were Hokkiens, Teochews and Hakkas. The hills in the area were also used as plantations and as burial grounds.