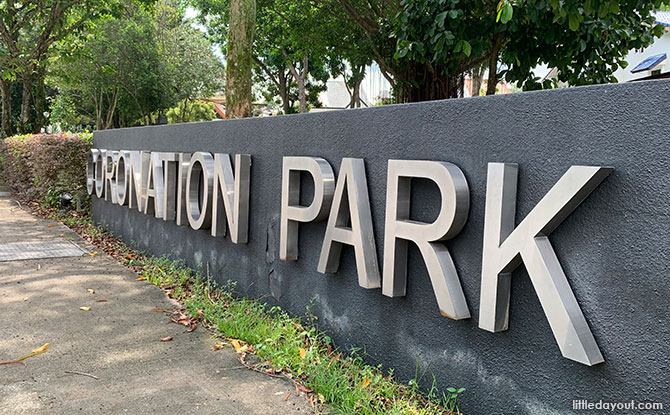 Located at the corner of Coronation Road West and Jalan Haji Alias, Coronation Park is a small green community space which serves the surrounding neighbourhood. For kids, the main attraction here is the Coronation Park playground.

Coronation Park is a neighbourhood space which is used mostly by the residents in the surrounding area. While it is not a large park, it does have a few facilities, namely an exercise and fitness area, as well as a playground. 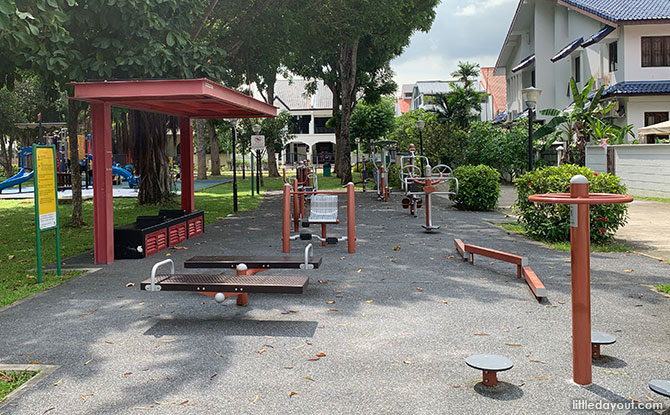 The fitness area is fitted with exercise equipment such as an elliptical style apparatus and benches for sit ups. 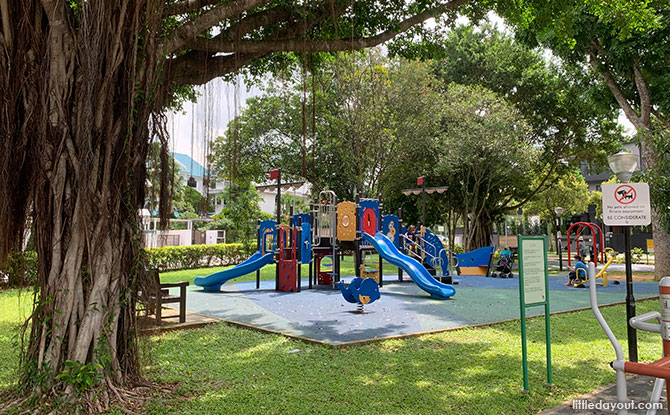 The main attraction, and that which draws children to the park, is the Coronation Park playground.

The Coronation Park playground is designed to look like a ship. The colourful, blue, red and yellow playground has two slides and is fitted out with a platform which kids can play on.

Its design incorporates a sail and a bow.

In addition, the Coronation Park playground also has a set of swings which kids can enjoy.

There is also a yellow see-saw too.

Coronation Park is a facility which serves the residents in the surrounding neighbourhood and is one of several parks and playgrounds in the Coronation housing estate.