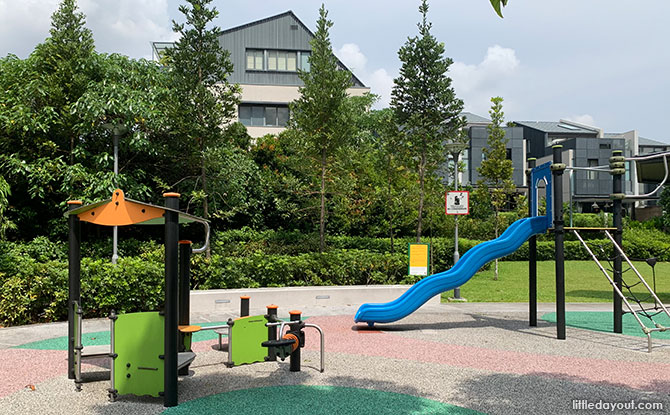 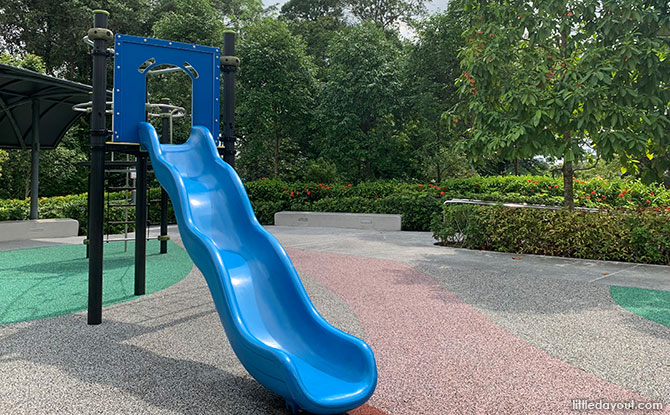 Victoria Park Playground is named for the small playground found in the park. Here, the play equipment consists of a small blue tower which comes with a slide on one side.

There is also a little scooping bin which is set up as part of a hut. 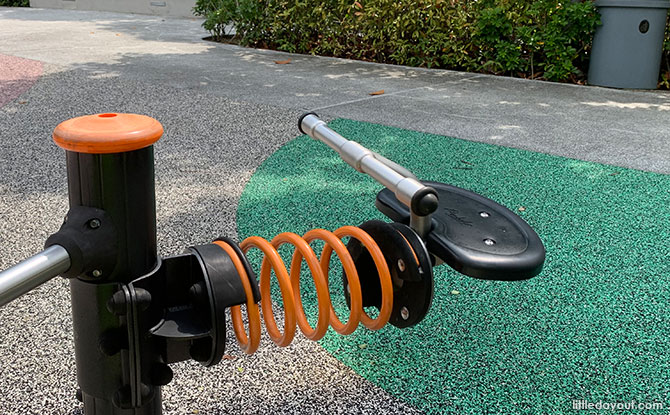 There is also a rather unique bouncy single-person see-saw seat. The seat is attached the end of what looks like a giant orange spring. It comes with a set of handle bars too. 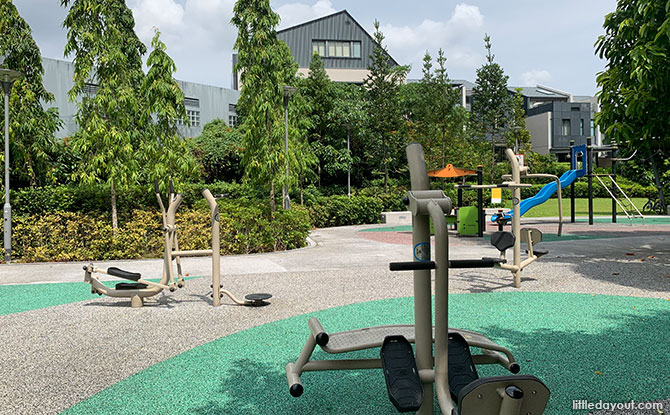 Other equipment at the Victoria Park Playground includes a set of fitness equipment for those who live in the neighbourhood to get in some exercise too. 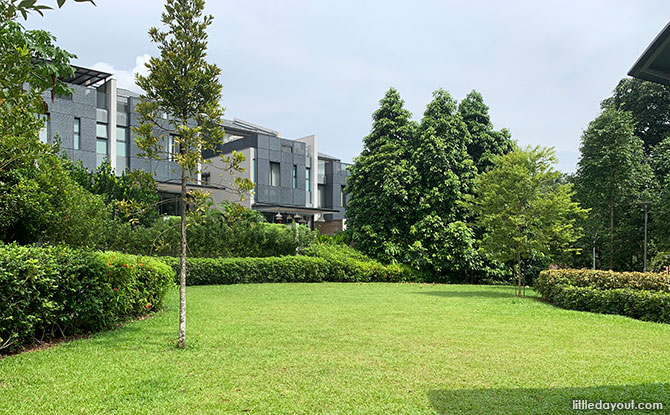 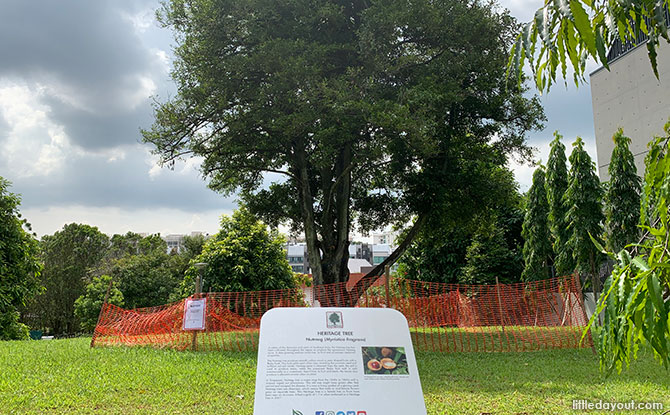 Another interesting point of interest at Victoria Park Playground is a nutmeg tree which is a heritage tree. However, when we visited, the tree was cordoned off and there was notice that said that the tree was not in good condition. Sadly, the tree may be chopped down. 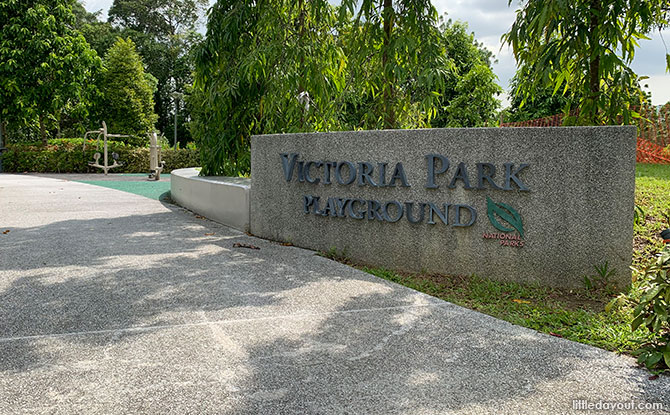 The Victoria Park Playground is a small little neighbourhood spot that residents in the vicinity would appreciate.