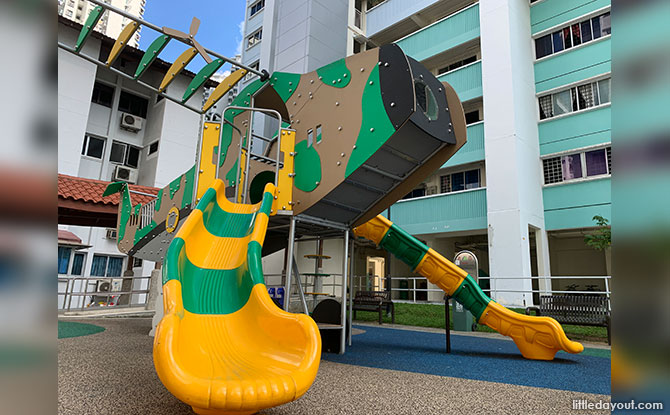 Standing in a corner of a car park at Bukit Batok Street 34 is a tan, yellow and-green airplane playground. With a camouflaged pattern on its fuselage, it looks like a plane about to take off to go on a safari flight. 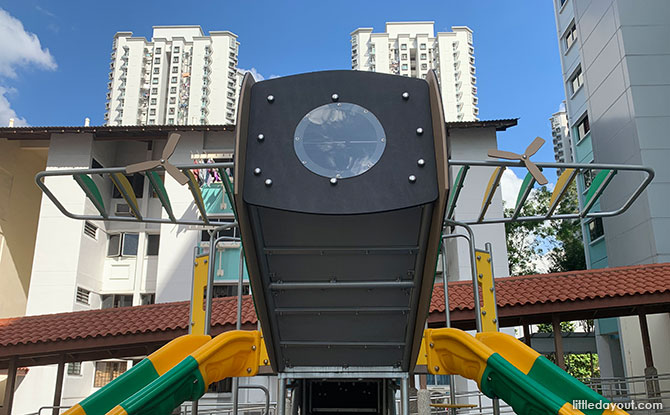 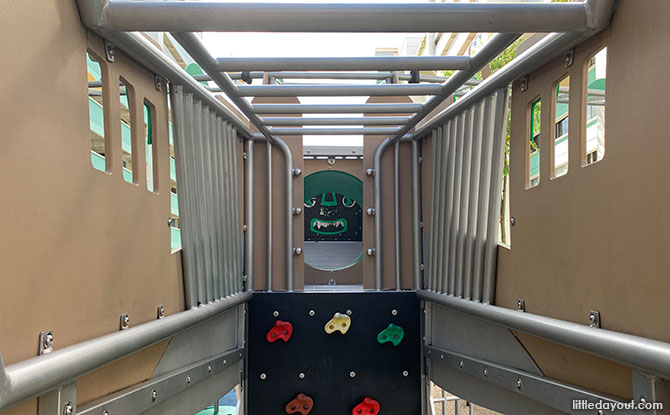 The airplane playground invites kids to climb on board to play. To do so, they can either make use of step ladders on either side of the airplane, or board from the rear where there is a climbing wall within the fuselage. 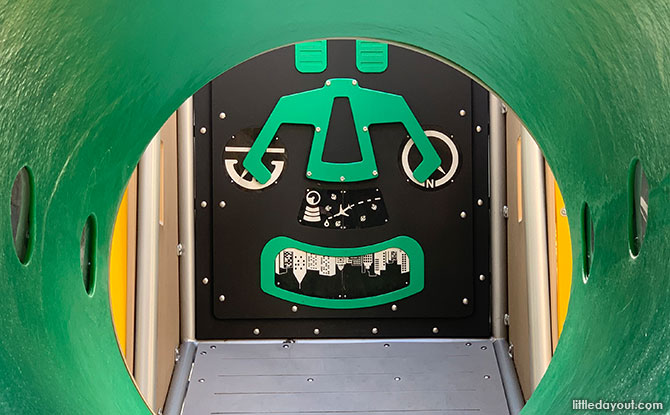 Once inside, they can take the “controls” and pretend that they are about to fly off with the car park in front of them being the runway. 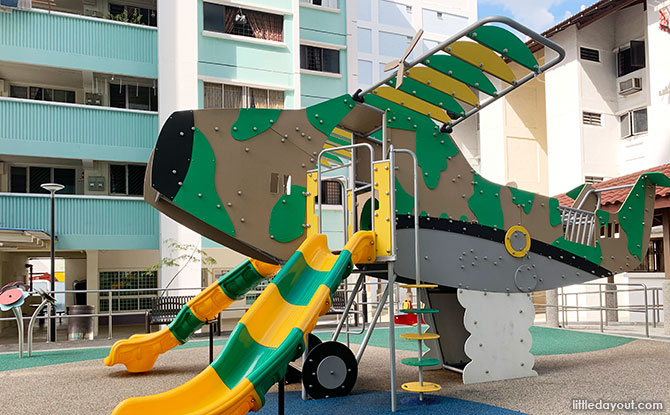 There are also two slides on either side of the airplane playground. These green-and-yellow plastic slides make it easy and fun to evacuate the plane. 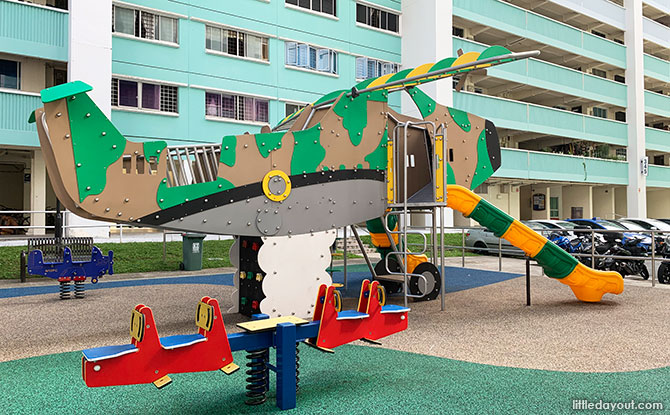 Other play features at the Bukit Batok Street 34 Airplane Playground include two teeter-totters. 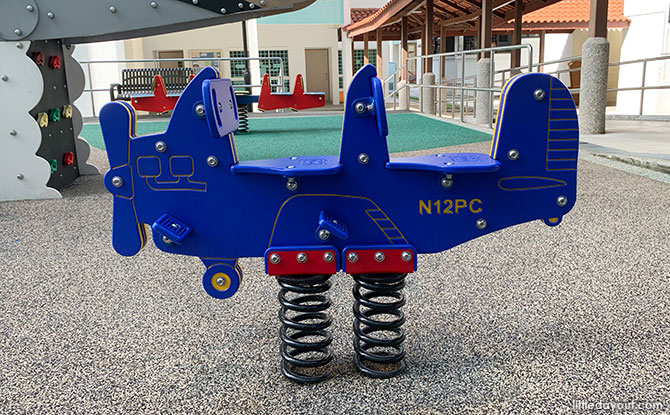 In keeping with the airplane-theme, one of them is a blue aeroplane which can accommodate two toddlers. 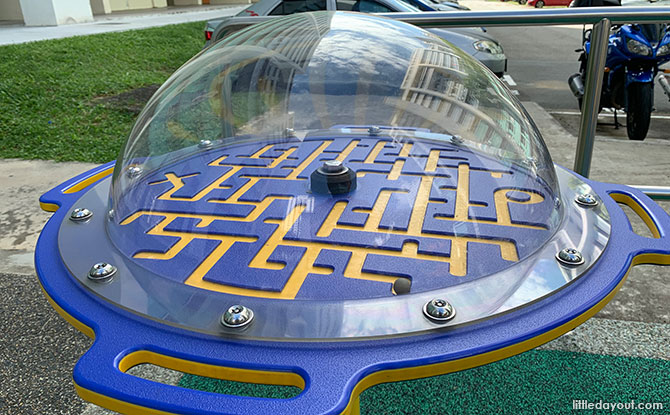 There is also an interesting play maze in a corner of the playground. Up to four persons can play, pressing and tilting the maze around to move the ball inside around the labyrinth to different destinations.

You can pay a visit to the Airplane Playground at Bukit Batok at Block 338, Bukit Batok Street 34.