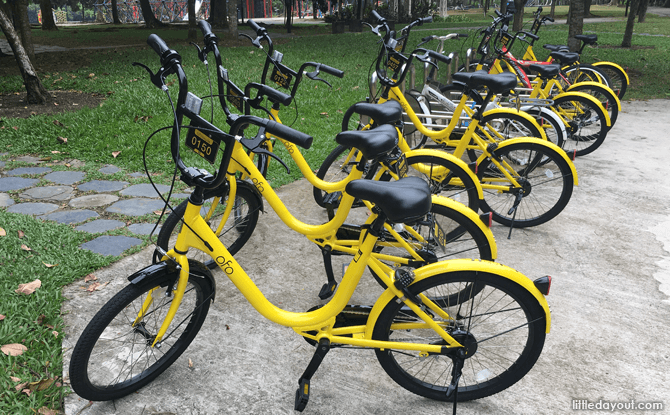 If you happen to come across bright yellow bicycles along the streets, they may be part of the Ofo bike sharing service in Singapore. Along with oBike, they are among the companies taking on the challenge of creating a culture of bike sharing in Singapore.

Both oBike and Ofo aim to make it easy for people to rent a bike and have launched their services for bike sharing in Singapore.

Unlike traditional bike rentals, bicycles from oBike and Ofo can be picked up and dropped off anywhere. To use the bikes, users just need to unlock them using an app. After completing their journey, users lock the bikes back and leave it wherever they are. There is no need to return the bicycles to a specific bike station. 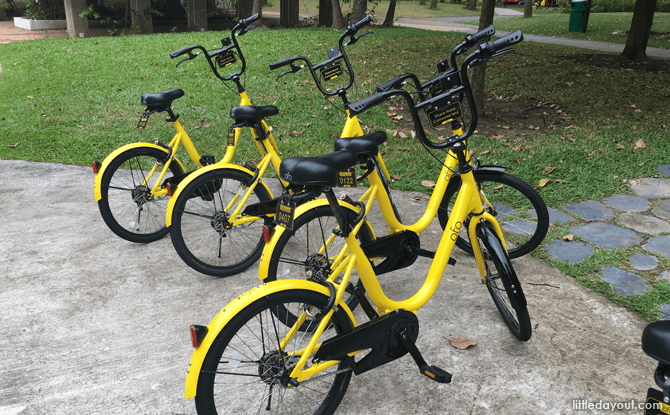 At West Coast Park, we were immediately attracted to Ofo’s bright yellow bicycles parked close to the McDonalds.

To unlock the bicycle, we first downloaded Ofo’s app. This is available from both the Apple App Store and Google Play Store. To activate the app, we simply had to enter a verification number sent to us via SMS.

As Ofo is currently (as at February 2017) free of charge, there was no need to enter any billing information into the app. 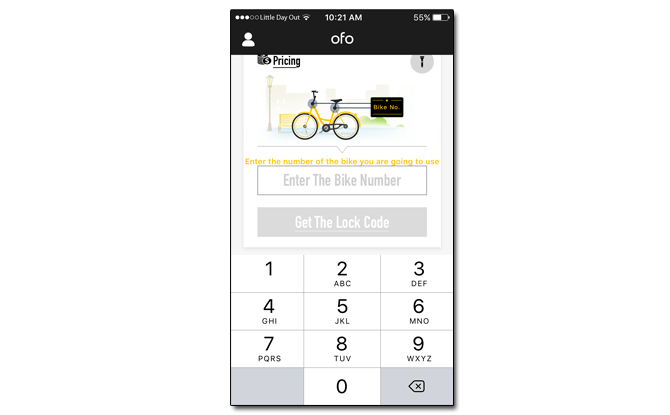 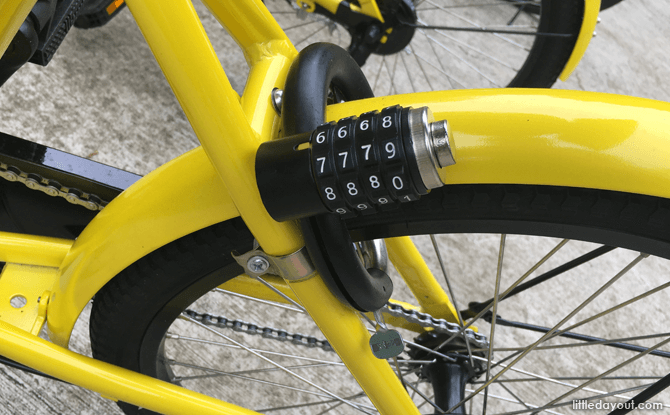 The app then returns a combination code which can be used to unlock the mechanical lock on the back wheel of the Ofo bike. Turn to the correct combination number, press a button and the bike is yours to use. 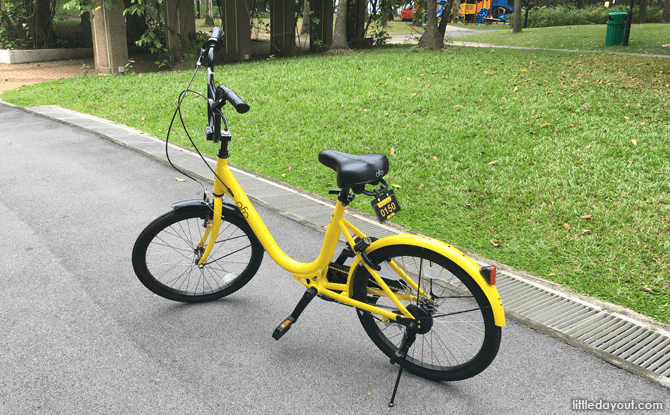 The first thing to note is that they are single speed bikes. There are no gear shifters to meddle with. Don’t expect to hit top speeds on these bikes. They are functionally built for a leisurely cycle (although we did find it a bit tiring with only one gear). 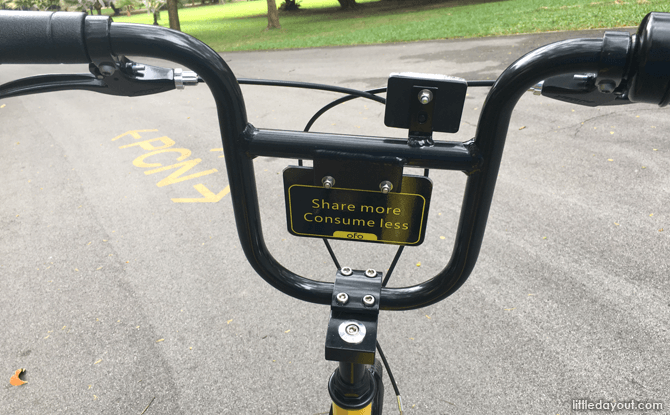 Of course, they do have front and rear brakes and come with an all-important safety accessory – a bell. This is activated by twisting a grip on the right handlebar.

These bikes are as simple as they come. They remind us of the concept of Ford’s Model T – except that they are bicycles and the colour choice is yellow, not black.

Once you are done with the bicycle, simply snap the lock back on and scramble the numbers on the lock. You will also need to ‘end the trip’ on the app. You can also view your trip details over the app.

Eventually, when Ofo does start charging for their service, it will cost $0.50 per trip. 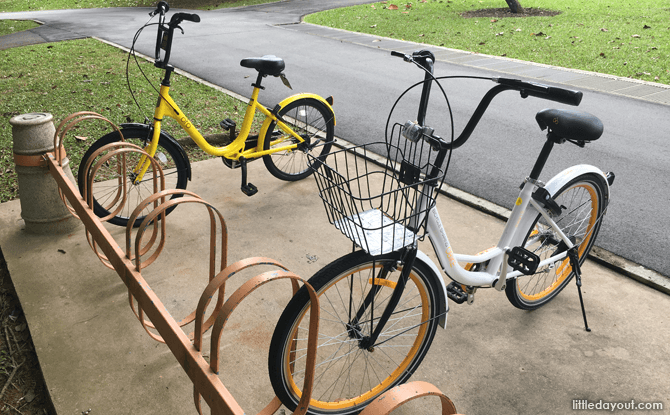 oBike’s bicycles are white with a basket in front. It works in a similar manner except that the bike is unlocked by scanning a QR code found on the bike.

As the oBike service is already chargeable, you will also need to enter in your credit card details and put down a deposit through the app before you can use the bikes. The cost for oBike usage is $1 per half-hour. 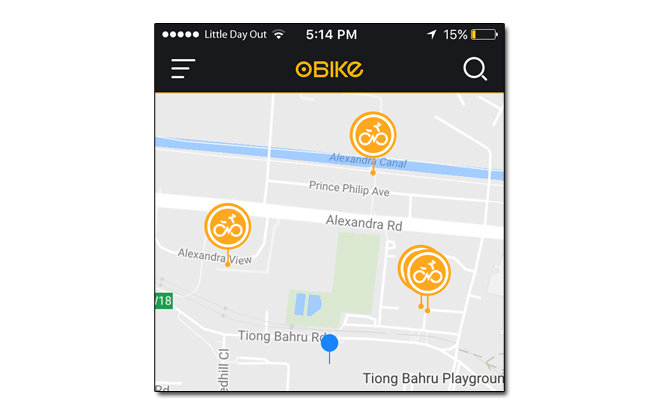 Another difference with the oBike service is that you can use the app to view a map to locate the closest oBike bike. This lets you track down a bike wherever you are. You can also place a reservation for the bike.

Battle of the Bike Sharing Services in Singapore

Both Ofo and oBike are interesting introductions to Singapore’s biking cycling landscape. Ofo has also been launched in cities such as Shanghai and Beijing. They are among the companies vying to be the next Uber of bicycles. Furthermore, the Land Transport Authority also intends to pilot a bike-sharing scheme involving around 2,330 bicycles based on the ‘traditional’ bike-sharing model where bikes would need to be rented and returned to designated bicycle stations.

All this bodes well for users who will have more transportation choices – and options to go for a leisurely cycle around West Coast Park.