Home Learn A Visit To The Istana Main Building 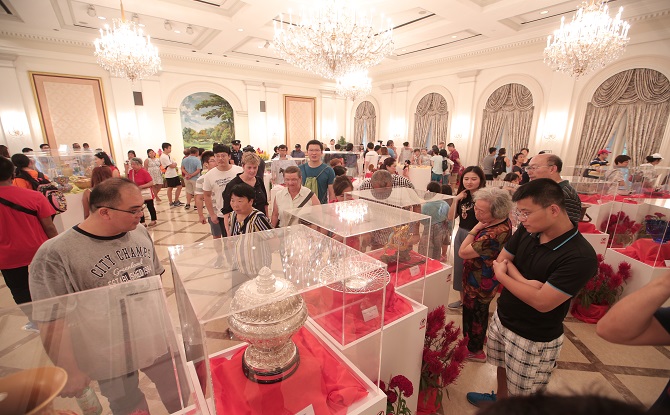 Five times a year, the Istana opens its grounds to visitors. Besides strolling through the gardens, we decided to pay a visit to the Istana Main Building, the stately mansion at the top of the hill.

The Istana Main Building is what most people think about when the term Istana is mentioned. 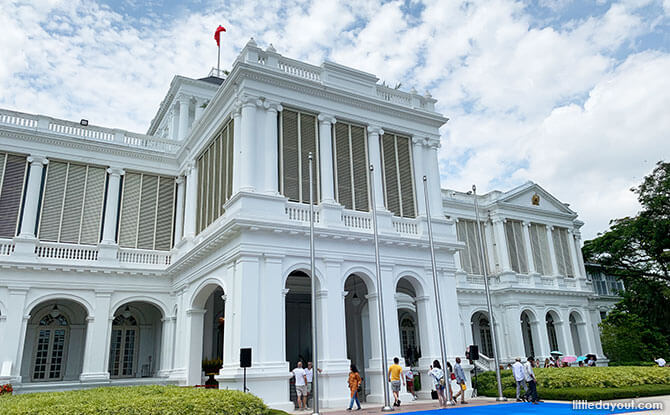 The building was built between 1867 and 1869 and has neo-Palladian architecture with louvred windows and a grand portico. Like many other civic buildings constructed during that colonial period, it was built by convicts.

During Istana Open House Days, there are two options for visiting the Istana Main Building. There is a guided tour led by volunteer guides from the Preservation of Sites and Monuments under National Heritage Board and an unguided option.

By the time, we arrived at around 1 pm, all the guided tours were booked up and so we had to settle for an unguided visit to the Istana Main Building. 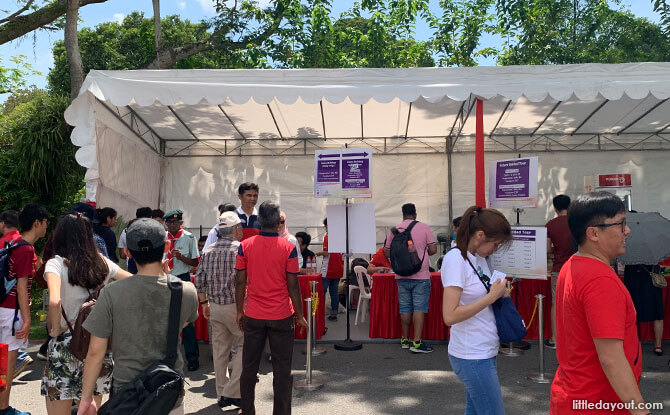 Tickets can be purchased from the tent to the left of the Main Building. Entry tickets are priced at $2 per adult or child between 4 to 12 years old. 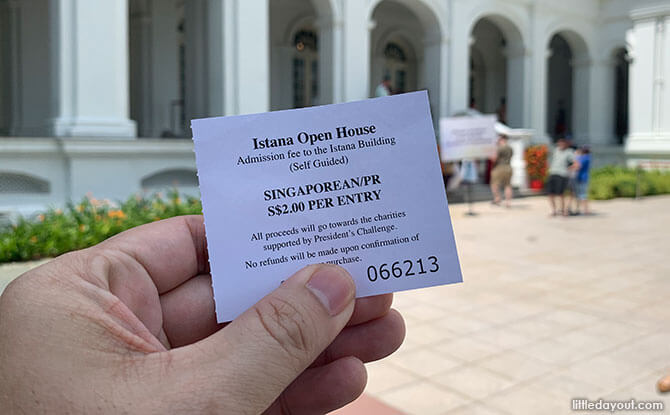 Proceeds from ticket sales are donated to charity.

As we made our way into the Istana Main Building, we were greeted by cool air-conditioning. It was welcomed relief from the heat outside, especially after the long walk up from the main gate.

Even though the Istana Main Building is set on a hill, it get very little wind.

Inside the building, we found ourselves at the foot of a grand staircase. By the side of the staircase, too easily missed, are a set of photographs which show the Istana building in various stages of construction.

Following the crowds, we found ourselves at the Reception Room, used to receive dignitaries. A table, set up with fine tableware used for state functions, had been set up in the room.

All around are State gifts received from overseas visitors and dignitaries. These line the corridors leading into the large Banquet Hall where a trove of precious gifts and items were on display.

An interesting artwork was the Thematic Balinese Painting for the Istana Stateroom. Displayed outside the Banquet Hall, this highly detailed painting of Singapore and incorporates different landmarks such the Merlion. It is 2005 work by artist I Wayan Bendi.

The last room was the State Room. It was previously known as the Victoria Room when used by Sir Shenton Thomas, the last Governor of the Straits Settlements. The State Room is used for ceremonies such as the swearing in of a newly-elected Cabinet or presentation of awards.

A visit to the Istana Main Building feels like one of those things that you should do at least once in a lifetime. It is a chance to get a glimpse of an important State building and a slice of Singapore’s history. 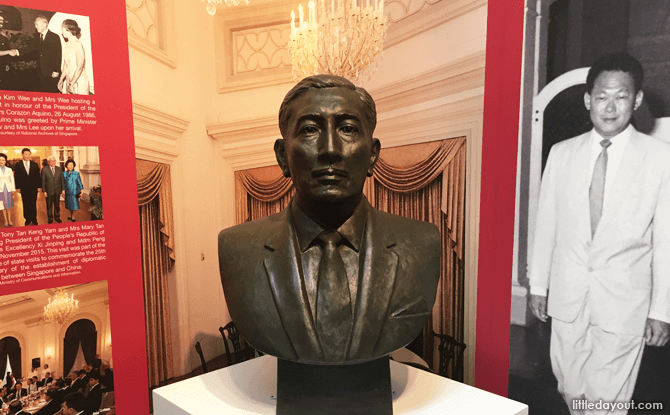 To learn more about the Istana, we also recommend visiting the Istana Heritage Gallery, opposite from the main gates along Orchard Road.