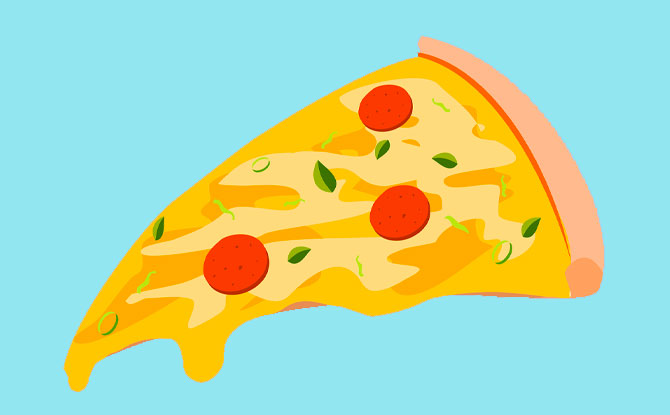 If you’re on the lookout for some of the funniest and cheesiest jokes around, here are some Pizza jokes that everyone will definitely want a piece of. 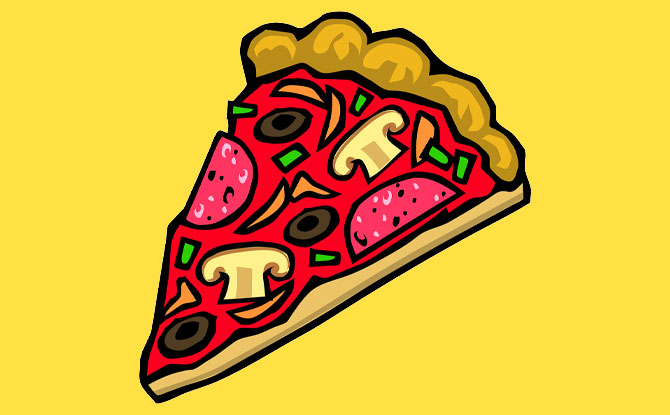 1. Want to hear a joke about pizza?
Never mind, it’s too cheesy.

2. What do carpenters love to put on their pizzas?
Saw-sages.

4. What did the pepperoni on the pizza say to the mushroom on the pizza?
“Slice to meat you!”

5. Why was the pizza chef happy when they didn’t have to work?
They had more thyme to spend with their kids!

6. Why are Dubstep musicians so bad at making pizza?
Because they always drop the base!

7. What did the aardvark order on his pizza?
Ant-chovies.

8. What do you call a pizza with no toppings?
Mushroom for improvement.

9. What did the tough pepperoni say?
“Dough you wanna pizza me?”

10. If you drop a piece of bread and Pizza from a roof, which of them will hit the ground first?
The pizza, because it is a fast food.

11. What did the pizza say to the chef when it was thrown onto the pizza?
“You don’t pepper-own me!”

12. How did the hipster burn his mouth?
He ate pizza before it was cool.

13. Why does Mr Mushroom always get invited to the pizza parties?
Because he is such a fungi!

14. Why was the Hawaiian pizza not cooked?
The oven was on aloha temperature.

15. If it took six kids five minutes to eat a whole pizza, how long would it take three kids to eat the pizza?
No time, as the six kids already ate the pizza.

16. What could be the favourite pizza of a dog?
Pupper-runi pizza.

17. Why did the man get a super spicy pizza?
The waiter thought he ordered a “pepper-only” pizza.

19. What do you call a pretend pizza?
A pepperphony pizza!

20. What do you call a sleeping pizza?
A Pizzzza.

21. Why do people keep pizzas in the freezer?
To put the “ice” in slice.

22. What did the pizza say when it went to the gallery?
“I never sausage a beautiful painting, it’s the best I’ve ever seen”.

23. What do you call someone who doesn’t like pizzas?
A weird-dough.

24. What type of cheese do dogs love to have on their pizzas?
Mutt-zarella.

25. Why was it so funny to catch who stole the pizza?
The plan wasn’t very well thawed-out.

26. How do you fix a broken pizza?
With tomato paste.

27. Where do pepperonis love to go on holiday?
The Leaning Tower of Pizza.

28. Why could the skunk not call for pizza?
His phone was out of odour.

29. What are you if can’t decide what kind of pizza to get?
You’re indeSLICEsive.

30. Why was the famous pizza sad?
It was always being chased by the pepperazzi.

31. On the upside, it has some great toppings.
On the downside, it doesn’t.

32. What does a pizza love to do in its spare time?
Go slice-skating.

33. If pizza could talk, what would it say?
Probably lots of cheesy things.

34. What does a pizza say when it’s afraid?
Fold me close.

35. What did the pizza slicer say when he wanted to rob the pizza?
“Hand over the dough or I’ll cut you!”

36. Why was the pizzeria desperate for business?
Because they kneaded the dough.

37. How do cats eat pizzas?
They put it in their mouths, just like the rest of us!

38. Why does eating pizzas make you sleepy?
Because with all of that pizza and mozzarella, you’re bound to catch some zs!

39. What does a pizza wear to smell good?
Calzogne.

41. Why did Dracula run out of the pizza restaurant?
Someone put garlic on his pizza dough. 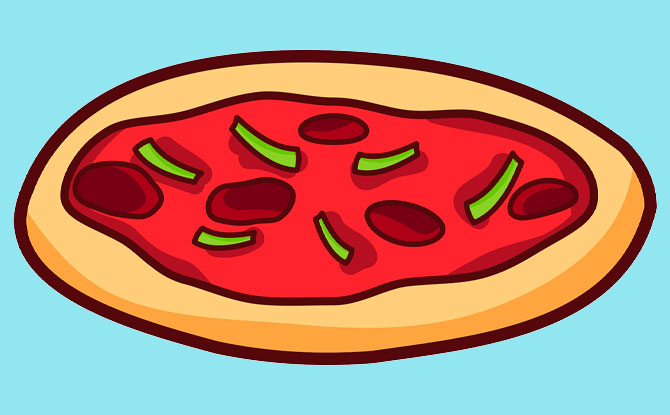 Hilarious pizza jokes are sure to get served with a side of fun. Perhaps, some may think that a Hawaiian pizza with its pineapples are the funniest joke played on pizza lovers but we think we have funnier pizza jokes below.

43. I had a slice of goat’s cheese pizza the other day. He wasn’t happy, but it was the best.

44. A football player was famished after a big game, so he ordered a large pizza.
The server asked him if he wanted it cut into 8 or 10 pieces. He said, “Just eight thanks, I’m hungry but I don’t think I could eat ten.”

45. Wood fired pizza. Where will pizza get a job now?

47. A man tried to start a fight by throwing dough, shredded cheese, and tomato sauce at me. So I said, “You wanna pizza me?”

48. I don’t crust you to make this pizza without burning it, so I’m ordering one.

49. Did you see the new sign in the pizza shop? “Seven days without pizza makes one weak.”

50. I just watched my local pizza restaurant make the world’s largest pizza base – I’d like to see someone top that!

51. What can a whole pizza do that a half pizza cannot do? A whole one can look round.

52. I’m going to open a restaurant that only serves crabs and pizza.
I’ll call it the Crust Station.

57. Did you hear about the guy who burnt his house down by overcooking a Hawaiian pizza? He should have cooked it at aloha temperature.

60. Sorry to sound cheesy, but I crust say, you have melted my heart!