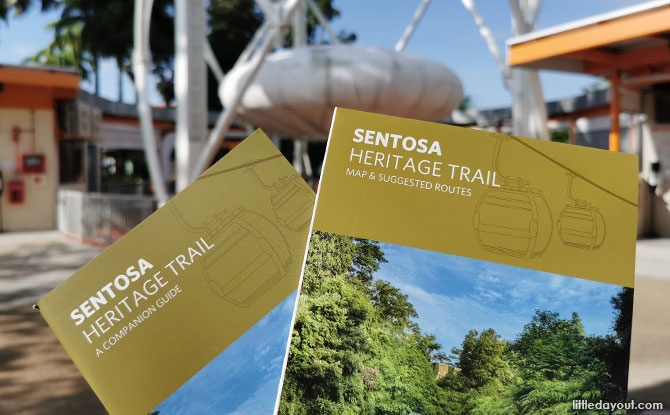 Most of us would have visited Sentosa especially during our school holidays when we were younger. Places like Underwater World, Musical Fountain, “open-air” monorail would have been memories of those in my generation. While I can’t show my children those memories, Sentosa and National Heritage Board’s newly launched Sentosa Heritage Trails will help us walk down memory lane – to relive both forgotten years and the years before Sentosa became a tourist destination.

And did you know of its maritime and military legacy?

Perhaps you can explore Sentosa in a whole new light and we give you 6 reasons why you should put on your walking shoes! 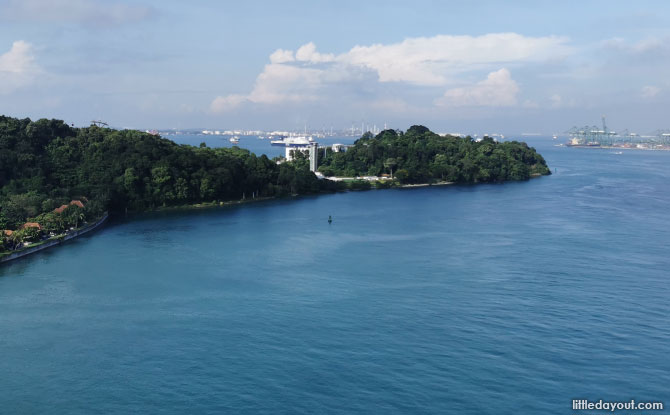 Of course, this includes the recently gazetted National Monument Fort Siloso and the only monument off our mainland!

Some of the sites include military buildings, fortifications, remnants of old features and more lesser seen gems of the past. How do we find the sites? We can download the trail maps from Roots website and Sentosa’s website. 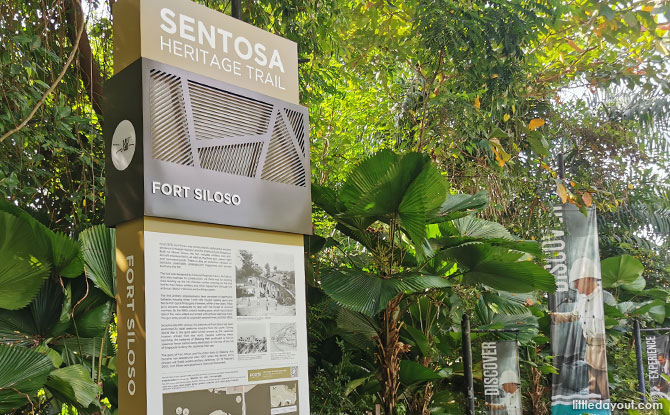 On the trail markers, look out for rare archival photos which have been extracted from Sentosa’s archives. These capture precious evidence of the past and some may find certain sights familiar.

Visuals include records of Pulau Blakang Mati’s early communities, a sundry shop on the island and kampongs next to the jetty. 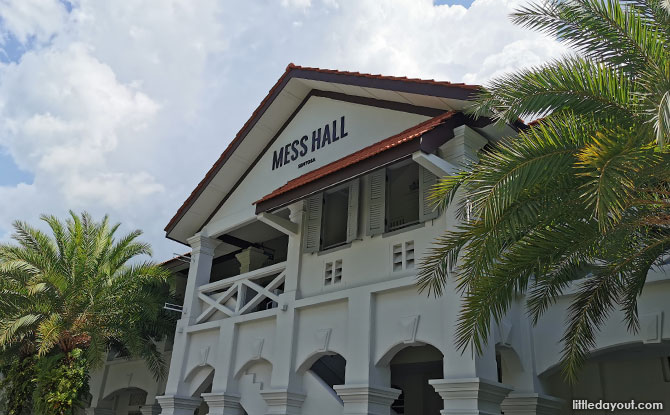 There are three short trail routes specially curated by NHB to try. Distances are perfect for families as they are between 2.5 to 4km long.

Kampong and Barracks Trails features the Orang Laut who were the earliest known inhabitants of Sentosa, British Army personnel and settlers of the past.

Sentosa was an important defence outpost of the British Empire due to the amount of economic activity in the port settlement. Between 1878 and 1967, many British, Indian and Australian soldiers were housed in barracks and quarters around the island.

This trail begins at People of the Straits marker at the start of the Harbourfront to Sentosa boardwalk and continues inland to the former recreation ground and barracks that housed the British Military. 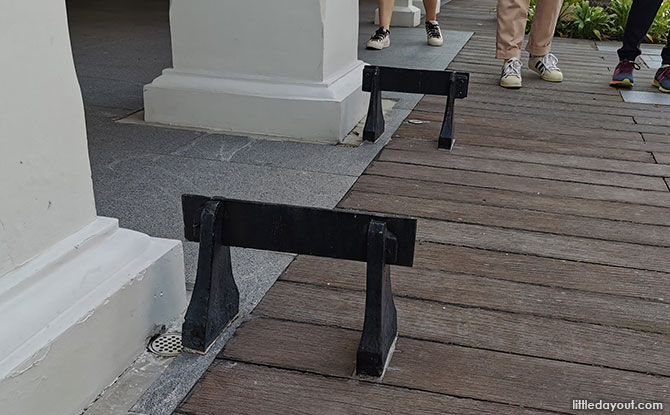 Look out for the boot scrapers which the soldiers used to clean their boots. 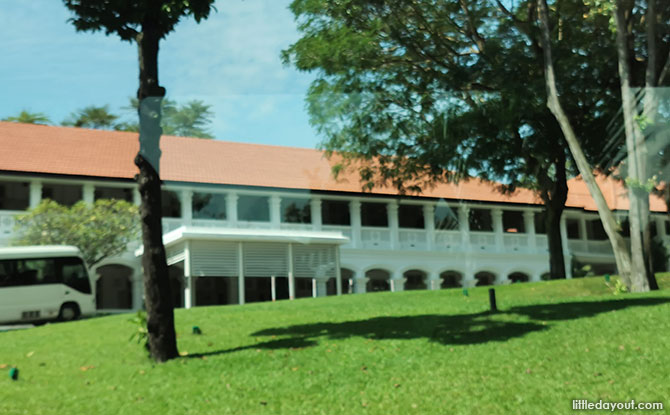 Along Artillery Avenue, find a building that was the Royal Engineers’ Yard and then the trail marker for the former Officers’ Mess and Quarters, now part of Capella Hotel.

This trail will also take you to the former military hospital, which now houses Madame Tussauds Singapore. 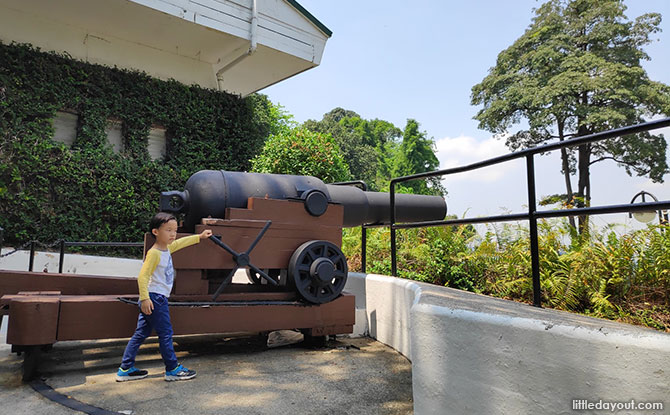 Fans of military history will love this trail since it’s all about forts.

Sentosa’s defence heritage is seen in the remaining two forts and battery – Fort Siloso, Fort Serapong and Imbiah Battery. The defence outpost has been fortified since the late 1800s.

See Fort Siloso the only preserved coastal fort in Singapore and the only 9.2 inch loading gun still stands though obsolete. The exhibits have motion sensors to play audio commentaries of some of the artillery emplacements. 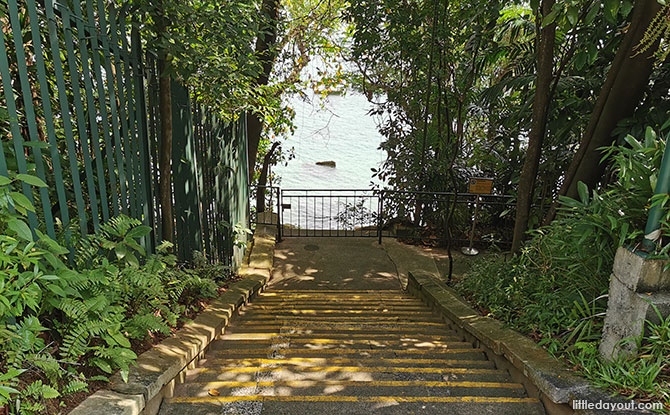 Visitors can also look out for the remnants of Siloso Pier. It was used to service Fort Siloso and overlooked the straits around Singapore. It was a popular gathering and fishing point for soldiers, their families and kampong residents. 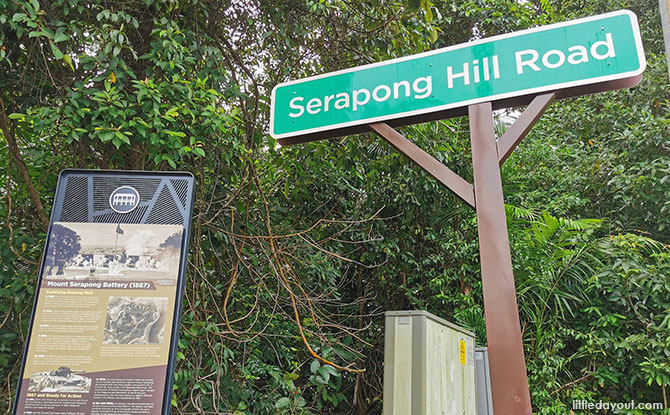 One of our favourite Sentosa spots – Fort Serapong can also be seen from a distance at Serapong Hill Road. Visitors should stay on the paths as public access to the forested areas and structures is restricted. 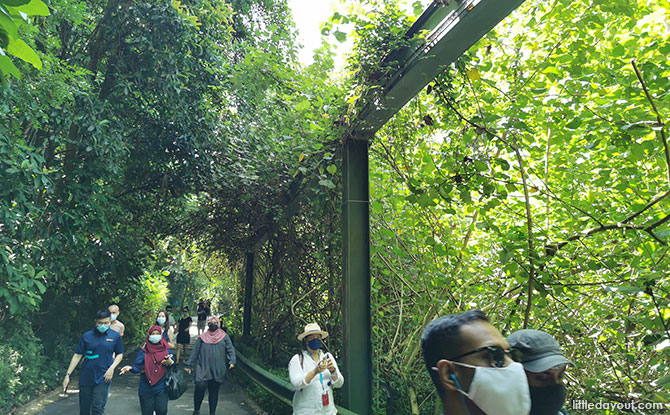 Fast forward to the 1970s, Sentosa was transformed to be a leisure destination. This trail takes you to Siloso Point, Siloso Beach Walk and Imbiah Nature trail where you find a section of the former Sentosa Monorail tracks! I still recall those days of sitting in the windowless monorail, enjoying the sea breeze and looking over the coastal walk with its totem poles.

The Singapore Cable Car was also one of the key attractions since 1974 and comprised stations at Mount Faber, HarbourFront and Carlton Hill.

Recall the well-loved Musical Fountain and the old ferry terminal？ One of the markers in this trail pays tribute to three well loved attractions in this area. Not too long ago, most of us took the ferry to Sentosa!

Discover Sentosa’s Past along the Sentosa Heritage Trail

Our city state often witnesses rapid changes and transformations, which we forget too quickly. Go on the new Sentosa Heritage Trail to relive some of the personal memories you have had with your children, or take your older relatives on a walk. Apart from a good way to clock some steps, you will surely learn something new about our well-loved island destination.

For more details on the Sentosa Heritage Trail, check this site out.