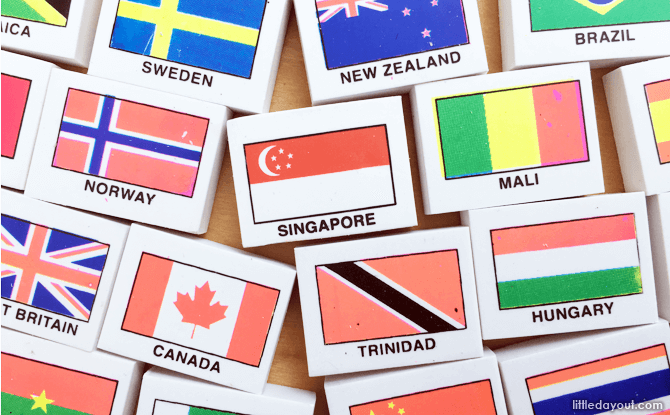 There is so much tech nowadays that it is easy to forget how fun traditional old school games played in the ’80s and ’90s are. Some from the younger generation have become so glued to their tablet and handphone screens that they may not even have heard of some of these classic and treasured games that used to be played in school.

Take a trip down memory lane and indulge in nostalgia by checking out 15 of our favourite traditional old school games below!

The flag eraser game remains close to our hearts because of its explosive popularity back in the day. Students would crowd their school’s bookshop in search of their favourite country’s flag eraser and pay a mere 10 cents for it.

Armed with a handful of erasers, students would duke it out in a 1-on-1 winner-takes-all battle, with the opponent’s eraser as the prize. Games would last for mere seconds as both individuals take turns to flick their eraser until one piles on top of the other and is crowned the victor, increasing the winner’s flag eraser bounty. It was super fun to be the winner of this king of old school games.

Find out more about the Flag Eraser game here.

Following the trend of battle royales, this game was also extremely popular given its “there can only be one winner” ruleset. Forming a circle between you and your opponents, players would take the initial three steps backwards to ensure they were at a comfortable distance away. Do this while repeating the hallowed words, “Pepsi Cola 1, 2, 3”.

The next part involves strategy and finesse as players would leap across large distances to stomp on their opponent’s foot as they remain stationary when it isn’t their turn.

Get stepped on and you’re out.

Using five hand-sewn cloth bags that are often filled with sand, green beans or uncooked rice grains, five stones is a popular old-school game in Singapore that test of dexterity as players with the quickest hands will win.

Starting with the first ‘stone’, players will throw it in the air, attempt to pick up one of the remaining four ‘stones’ on the ground and catch the airborne one. Now armed with two ‘stones’ in his hand, the player must continue this process until all five ‘stones’ end up in the player’s hand to win the game. 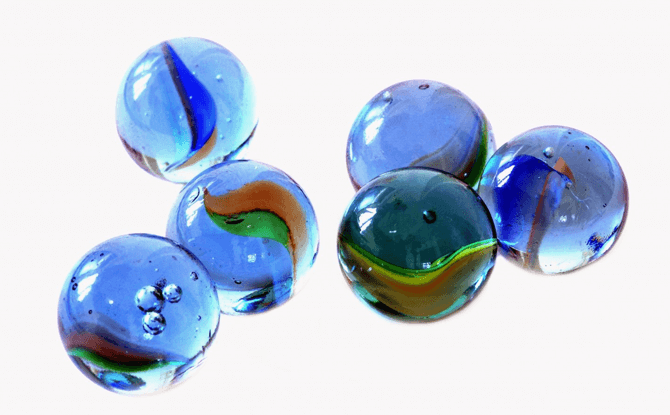 Affectionately known as ‘Goli’, the colourful marbles act as ammunition in this old-school game of elimination.

Drawing a circular playing field in the sand, these marbles are then randomly scattered across the field. Players will then engage in a game of mini-billiards; flicking and knocking the colourful pieces out of the circle with their fingers acting as pool cues.

The player with the most marbles left wins.

Not as agile with your hands? There are traditional old school games that test the agility of your feet too.

Chapteh is a test of “quickness”, eye-leg coordination and control as players have to keep the feathered shuttlecock in the air for as long as possible.

This can be played with either a special deck of Old Maid cards or regular playing cards. Start by distributing the playing cards to all players. In turn, each player fans out his or her cards and the player to the left gets to pick out one. When a player is able to form a matching pair, he or she can put down the pair. The objective is to get rid of all the cards. The player with the Old Maid card, i.e. the card with no matching pair, loses. As a variation, you can also make the player holding the Old Maid card the winner.

A playground favourite, the rules are similar to tag. Hunt or be hunted as you run your heart out in a play area in order to catch opponents and make them ‘it’ or escape the catcher.

Another popular variation of catching, Police & Thief focuses places players in fixed roles of police and thief. The police are in charge of rounding up the thieves by catching them. This will cause them to be captured and brought to the nearby ‘jail’. However, all is not lost as they can still be rescued: provided fellow thieves risk their safety in trying to rescue them by tapping them. 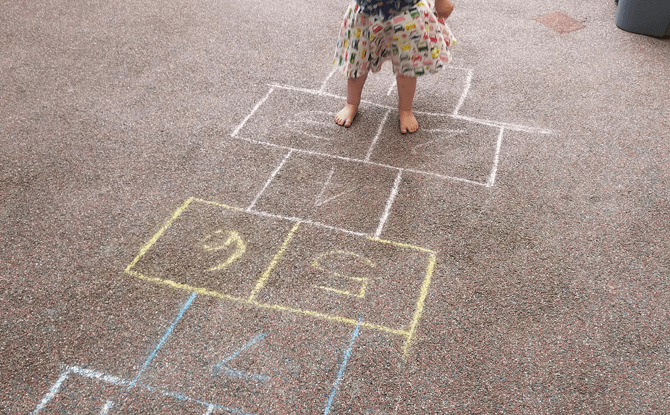 Ever reminisced about those t-shaped boxes drawn in the ground or formed with coloured tape on concrete?

Hopscotch was a clear favourite back in the day and was a more laid back game as compared to the more active, running ones. Simply toss a beanbag or any small object into each box and hop on over to the box to pick it up while maintaining your overall balance on one leg.

Among the old school games, Zero Point is one that truly tests the limits of agility.

Using a large bunch of rubber bands that have been joined together into a long chain, players have to jump over the rubber band rope.

Think of Zero Point as an adaptation of limbo, with the modification of having to go under, rather than over.

With each successful jump, the difficulty is raised as the rope is raised higher until players are unable to cross it. 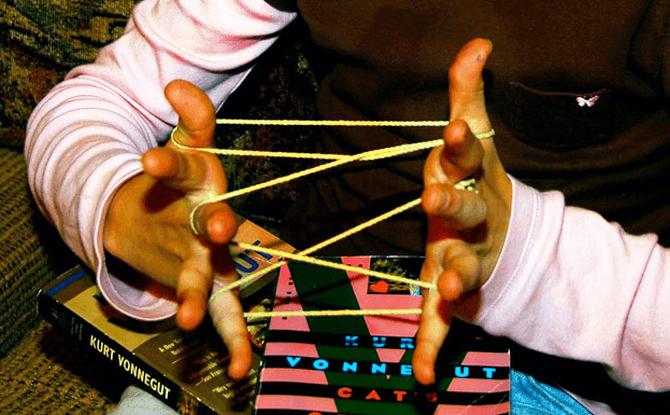 A game that tests one’s creativity and ability to observe various string patterns, Cat’s Cradle was fun because of the seemingly limitless number of patterns and ideas that arose from a single piece of string.

Directly translated into “hit ball”, Hantam Bola is a miniaturised version of dodgeball due to the amount of dodging and throwing involved. Throw it as hard as you can at your opponents to eliminate them. Be warned though, bruises and tennis ball dirt marks are common and act as post-game badges of honour.

On the surface, Ji Gu Pa is presumed to be the dialect version of Scissors, Paper, Stone since Ji refers to scissors, Gu refers to stone and Pa refers to paper. Ji Gu Pa requires players to go about knocking down the opponent’s “hands” in a game of reflexes by predicting what hand sign he is going to throw next.

The game starts with both players saying Ji Gu Pa and throwing out either Ji, Gu or Pa. This portion follows conventional rules of Rock beating Scissors, Paper beating Rock and Scissors beating Paper and the winner of this section gets the first turn advantage.

The winner of this phase is now the attacker will have to predict what his opponent throws next. If the hand signs of the attacker are the same as the defender, he eliminates the defender and the game ends. Players will take turns to try and comically shock their opponents into defeat by shouting “Ji Gu” or “Pa Pa”. 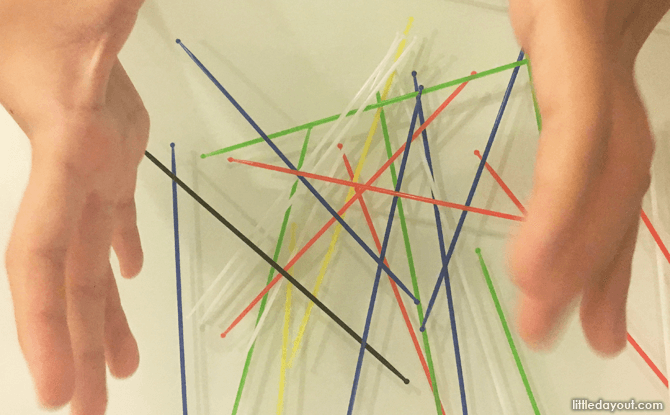 This simple game can be lots of fun. You can purchase a bunch of specially made pick-up sticks with blunted ends, gather them together in a bunch and let them drop from around 5 cm off the table and release them to fall where they may. Pick up the sticks one at a time without moving the others. If another stick moves, the player loses his turn and it is on to the next player. 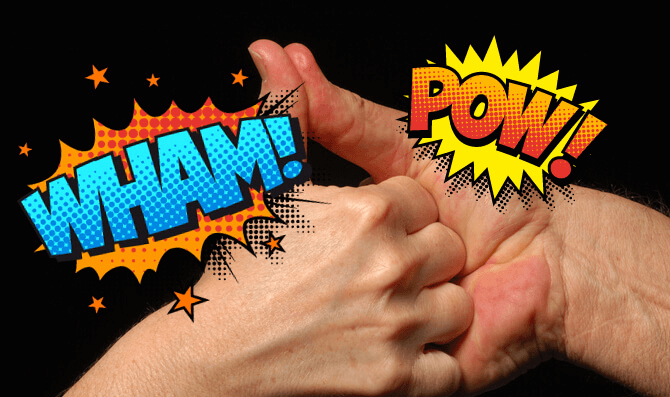 A simple game that involves nothing else than 2 players and a pair of hands grasping each other in a ‘thumbs up’ manner, Thumb War is more than just a contest of “who has the biggest thumb”.

Rather, it also involves some strategy as you have to bait your opponent into making a mistake by placing his thumb down first so you can press over it and count to three as quickly as you can for the three-count pin victory. Will you go for an all-out attack or play possum and hide defensively, waiting for the time to pounce?

15. Monkey in the Middle

When it comes to ball games, no other game has been more popular worldwide than “Monkey in the Middle”. Also known as “keep away” in Western countries, ‘Monkey’ is a game in which players form a circle and attempt to pass the ball successfully to one another while one person has to intercept the ball. The intended recipient who fails to receive the ball will become the next monkey and replace the original person in the middle as he also tries to intercept the ball.