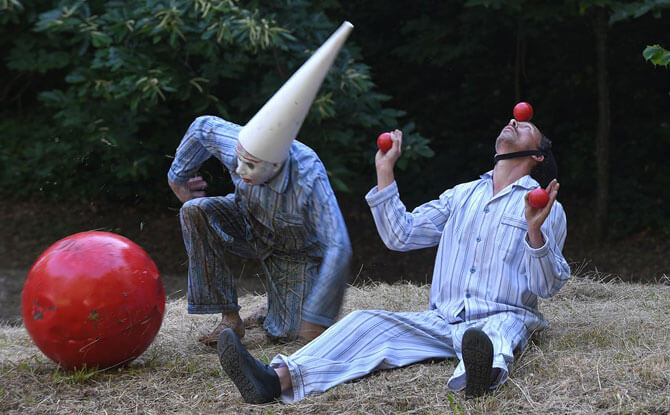 From 1 April to 5 May, Voilah! 2018 brings the best of French-Singapore partnerships to the forefront in a festival that celebrates the arts, culture and science. The French Festival in Singapore will feature more than 20 arts and cultural programmes at venues around Singapore.

He will open Voilah! 2018 with The Rock’s Clown, a collaboration with French artist Jean Lambert-Wild and juggler Martin Palisse. This outdoor performance melds together poetry with Greek mythology at Gardens by the Bay’s Dragonfly Lake. It will be performed for one-night-only on 1 April 2018 at 6 pm.

Festival Director, Laurence Lochu shared, “In his own capacity, Hossan has shown how through the power of arts, people and communities can be brought together, fostering a deeper appreciation and understanding of cultures. With his participation in Voilah! 2018, we hope this effect can be amplified even further – and the co-creation of this year’s vibrant festival line-up by both the French and Singapore communities is already a great starting point and reflection of that.”

Here is a sample of the programmes being held during the French festival, Voilah! 2018.

French Singer Charles-Baptiste will bring his brand of music, which incorporates French pop and classical influences, to the Shaw Foundation Symphony Stage at Singapore Botanic Gardens on 21 April, 6 pm.

The Ground: From the Land to the Sea

Between 24 March and 24 June, immerse yourself into a sonic and visual experience featuring sound samples from unusual instruments to the sounds of harbours at The Ground: From the Land to the Sea, an exhibition by sound artist, Tarek Atoui.

Sketches by botanist Francis Hallé will be on display in Singapore for the first time as part of Voilah! French Festival Singapore 2018. This exhibition, which will be held from 24 March to 22 April at the People’s Gallery, Singapore Botanic Gardens, will provide an intimate look into his observations in the field.

Chef Frédéric Coiffe from So France, Le Bistro-Epicerie will present a special series of cooking classes on 22, 23 and 28 April. These classes will cover canelés, butter-making and oysters respectively.

Organised by Valrhona as part of Voilah! French Festival Singapore 2018, this workshop for kids will get them creating chocolate lollipops and decorating chocolate bars. The chocolate workshop takes place on 28 April at Swissotel The Stamford.

The Wind in the Reeds 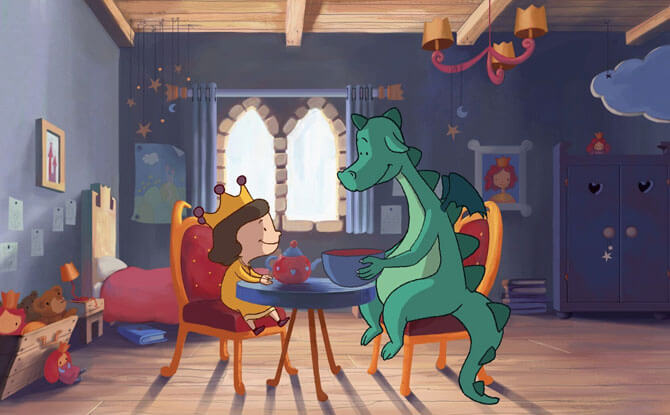 This animated French film tells the story of Eliette, aged eight, who lives in a country where music has been banned by the king. It will be screened on 29 April at Alliance Française de Singapour, The Theatre. Admission is ticketed.

A-DROYX by Mathieu Briand aims to blur the lines between androids and humans. Visitors can follow along as he puts A-droyx together, from the design to assembly, in this unique exhibition at National Design Centre, 25 April to 5 May 2018.

Other programmes lined-up include art and photo exhibitions, screenings, innovation talks and workshops.

Platform for Knowledge-sharing and Collaboration

The Voilah! French Festival Singapore 2018 is organised by the French Embassy and the Institut Français Singapour.

French Ambassador to Singapore, HE Marc Abensour, said, Voilah! 2018’s strong line-up of arts and culture programmes is reflective of the many passions and perspectives of both Singapore and France, and we welcome all to discover the world and its intricacies. With 2018 as the France-Singapore Year of Innovation, the team and our partners have pushed the boundaries to present an accessible and immersive festival experience for all festival-goers. With the strong support of over 50 artists and partners, we hope to engage everyone meaningfully over these five weeks.”