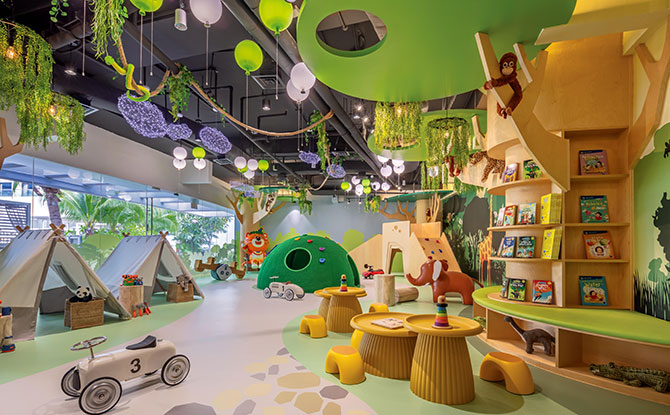 Pan Pacific Singapore has opened its first ever children’s play area named Urban Jungle Village. Located on level four of the Marina Centre hotel, it has different activity zones and is based on the storyline of eight jungle friends out on an adventure to explore the Marina Bay area.

The Urban Jungle Village Pan Pacific children’s play area is part of the hotel’s family-friendly initiatives for guests. It has a total of seven activity zones which have been designed to promote integrated thinking and learning. 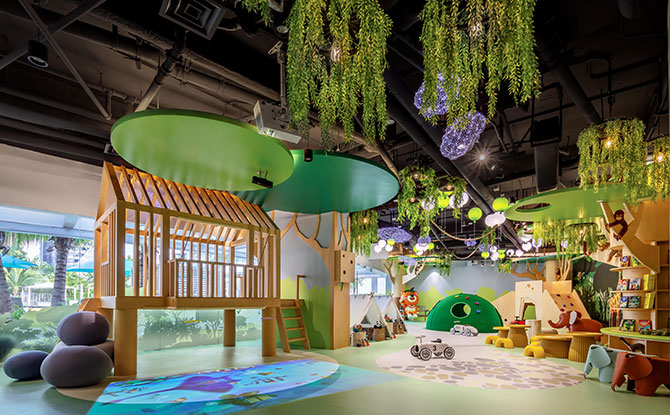 The Jungle Village features animal-themed slides, a see-saw and more, while there is also a treehouse above a virtual pond with fishes for little ones to put their fishing skills to the test. 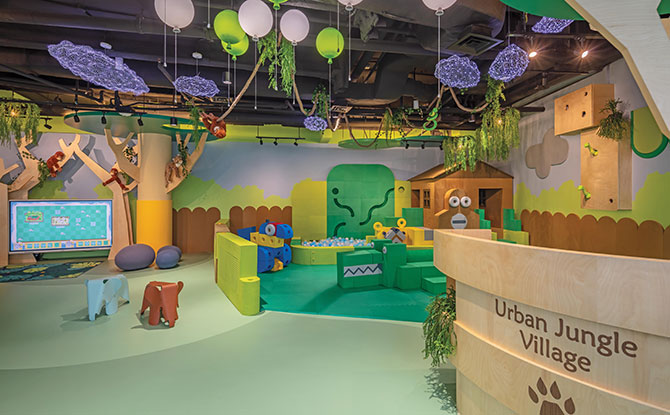 Other zones at the Pan Pacific children’s play area include an interactive games station, a safari trial, forest library, explorer den and a cave climber.

The Urban Jungle Village is open from 10 am to 6 pm for children staying in the hotel. Parental supervision is required at the indoor play area. 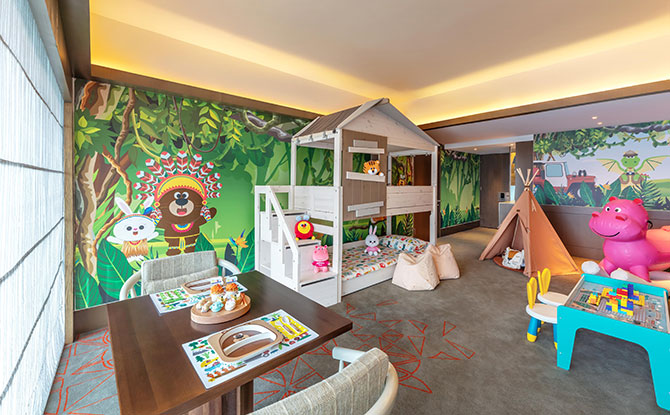 In addition to the new play area, Pan Pacific Singapore has also created two Urban Jungle Suites. These feature separate sleeping zones for parents and children. Kids get a jungle-themed room with an inflatable rocking hippo, a teepee and a treehouse bunk bed that sleeps two children along with welcome amenity, Urban Jungle Survival Pack, and bath toys for fun soak in the tub.

The Urban Jungle Adventure Package starts from $820 per night for two adults and two children. This package includes private access to the Urban Jungle cabana by the pool with Kiztopia floats and tickets for three hours’ access to Kiztopia at Marina Square.

Get more details of this package here.

Family-Friendly Staycations In Singapore For The Year-End 2022: Getaway Without Getting Too Far Away

6 Reasons For A Family Staycay At Regent Hotel Singapore

Have A Pokémon Staycation At Fairmont Singapore