As Chinese New Year approaches, Singapore Chinese Cultural Centre is helping to usher in the Year of the Rabbit by transforming its roof garden into an adorable display of rabbit-themed art installations titled “(Tu)gether” 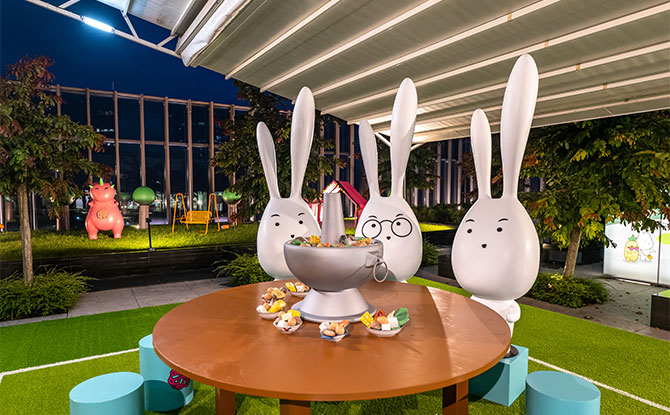 Created by artists Fiona Koh and Warren Khong from local art and design studio Whisky and Foxtrot LLP, the characters showcase familiar Chinese New Year mythology that visitors are sure to recognise:

Tu Zai – In Chinese culture, the rabbit known to be a close companion to the moon goddess, and is related to the moon. They also represent a symbol of longevity.

Ong Lai – Known in Hokkien terms as Pineapple, it is a fruit that symbolises good fortune, commonly seen during Chinese New Year.

From now till 31 March 2023, catch Tu Zai, Ong Lai and Nian Mei as they celebrate friendship and family (tu)gether during the festive season from 10am to 10pm daily at the Singapore Chinese Cultural Centre Roof Garden.

Additionally, visitors can catch a light and sound show which will be held on selected Saturday nights 7.30 pm to 8.30 pm. The show features the story of Tu Zai’s journey as he returns home to celebrate Chinese New Year with family and friends. Admission is free for both the exhibition and light show. 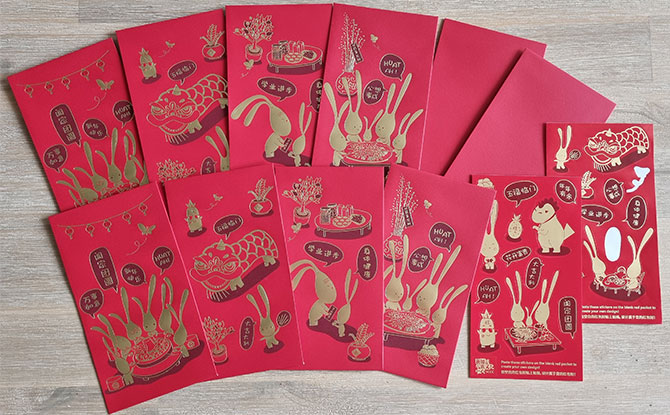 Exclusively for Chinese New Year, Singapore Chinese Cultural Centre and the (Tu)gether exhibition artists has come together to create a limited-edition red packet collection. With 4 different designs, the red packet showcases the various ways Chinese New Year is celebrated. Such designs are of tossing the yusheng, giving out red packets, reunion dinners and lion dance performances.

To add some fun into ang bao giving, each set comes with of two blank red packets along with two pieces of stickers, allowing you to create your own personalised red packet.

The red packets can be redeemed by heading down to the SCCC reception at level 1 from now till 5 February, while stocks last.