The Tiong Bahru Park Playground is a classic. With a crazy, tilting train as its centrepiece, the playground is great fun for kids looking for an adventurous day out.

In late 2017, the Tiong Bahru Park Playground was closed for a revamp and it reopened afresh in September 2018. The well-loved Tilting Train at Tiong Bahru Park is back and the rest of the playground has been given a refresh too. The highlight of the Tiong Bahru Park Playground is the train. This consists of an engine, three carriages and a caboose at the end. Elevated off the playground’s sandy ground, the wood-clad carriages and caboose trail behind the engine at an angle – as if about to derail.

Inside the train, it is a crazy, fun house. 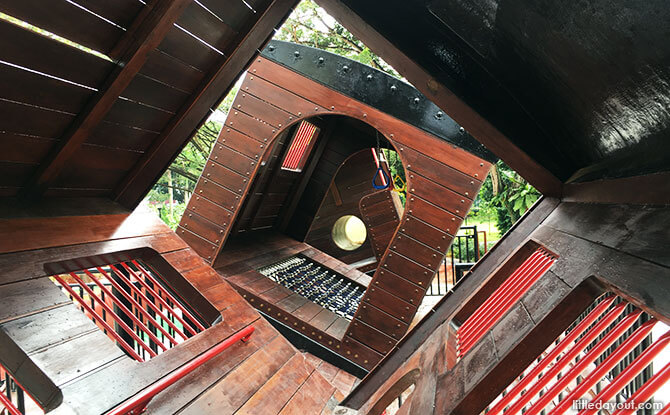 Walking from one end of the train to the other provides plenty of silly fun as you try to keep upright and moving forward. New hand-holds have been added to parts of the playground, along with netted sections. 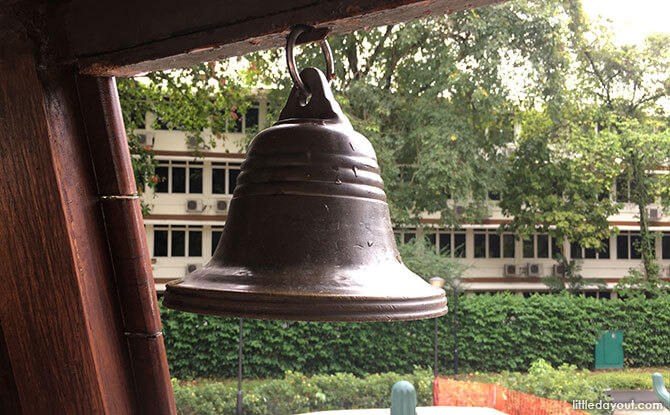 Now, kids can climb all the way to the very front of the engine and there is a bell upfront too. Access to the train from the ground is via ladders and stairways. One stairway at the front of the train leads up into the locomotive engine while another set of stairs can be found at the rear. 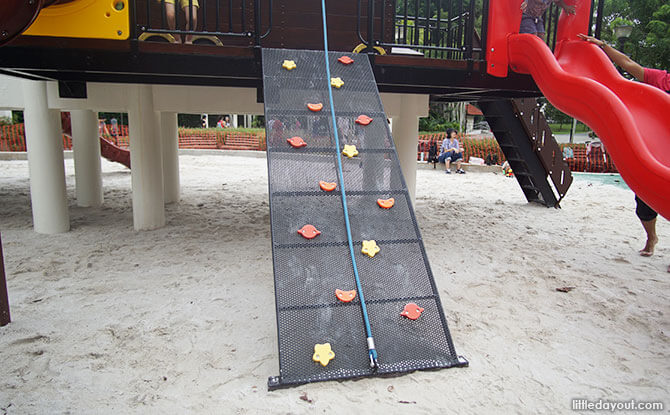 In between, there are various entryways to climb aboard the train. For example, intrepid young adventurers can attempt to board the train using a ramp with handholds and a rope.

Exiting is a more straightforward affair. Just shoot down one of the tube slides found in the middle of the train or from the open slides towards the rear. 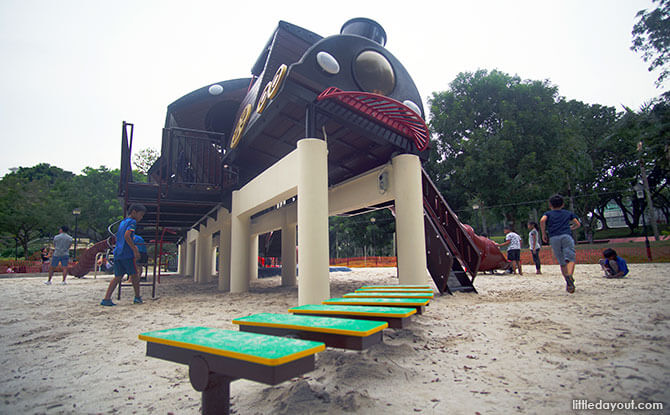 At the front of the Tiong Bahru Park Train are a set of green seats which look like railway tracks.

Hi-Ho and Away We Go! If kids need more help imagining that they are riding along on a runaway train through the desert, there are cacti popping out from sand beside the train. Instead of needles, these cacti have handholds for children to use. A group of horse-shaped teeter-totters add to the cowboy-and-western vibe of the playground.

Ziplines and Other Playground Fun at Tiong Bahru Park

Beside the train play structure, the Tiong Bahru Park Playground also has a pair of zip lines. One of these runs the length of the train brings an added sense of adventure to the sandy playground. There are also swings at the one end of the playground. Toddlers can explore a colourful little maze. This is set on a soft-padded play area.

With the 2018 renovation, the Tiong Bahru Park Playground looks ready to provide a rollicking good time for a whole new generation of children – with plenty of fun and play for all.

Where: The park is bounded by Henderson Road, Tiong Bahru Road and Lower Delta Road

10+ Things You Need to Know Before Visiting Coney Island Park

Clementi Castle & Wagon Playground: Climb Aboard & To The Top

Childhood Games That We Love To Play