You’ve probably seen pictures being shared all over social media of the sun halo spotted earlier today. These amazing pictures show perfectly-formed, gorgeous Halos ringed around the bright shining sun. This may beg the question, what causes sun halos to be formed?

A Ring in the Sky

According to a social media post by the National Environment Agency, sun halos are not commonly spotted in Singapore.

In tropical Singapore, our skies tend to filled with cloud cover, obscuring the view of this phenomena.

Thankfully, on occasions like today, there were folks who managed to capture were some pretty spectacular pictures of the sun halo.

The Science of Sun Halos

So, the question still remains, why do sun halos occur?

The ice crystals in the clouds refract the incoming light coming from the sun. Refraction refers to the change of angle as light passes from one medium to another – in this case from air into a hexagonal ice crystal and then back into the air again.

This leads to the formation of a halo of around 22-degrees around the sun. This is why sun halos are also referred to as 22-degree halos. 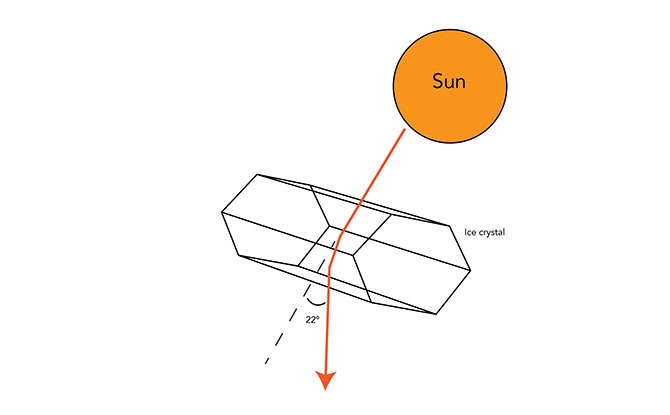 We’ve done up a simplified diagram above to help visualise how 22 degree halos occur.

As sunlight is made up of different colours of light, each of which has a slightly different wavelength, the angle of refraction varies slightly. This splits up the light to create a faint rainbow effect in the halo.

In the right conditions, a similar halo effect can be created by water droplets. However, these water droplet-formed halos are smaller and more colourful.

For more on refraction, check out this science experiment to shows how light “bends” as it goes through objects. 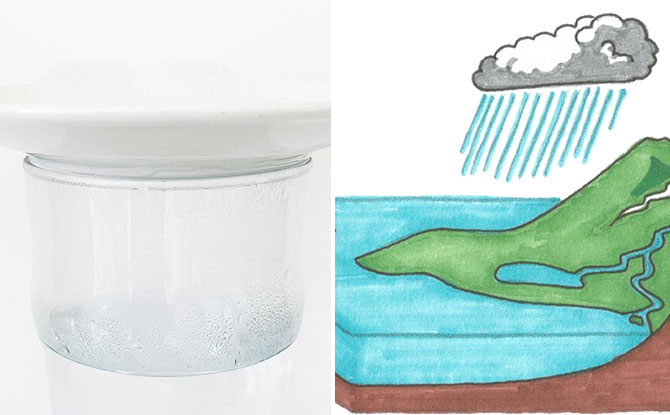 Another science experiment you can do at home demonstrates how clouds are formed. You can check it out here.

STAR WARS Identities: The Exhibition Extended Till 27 June, Fans Still Have Time To Visit It Safely

Mars Rover Landing: What Is Happening And How To Watch It

Science On A Sunday: Rain In A Glass