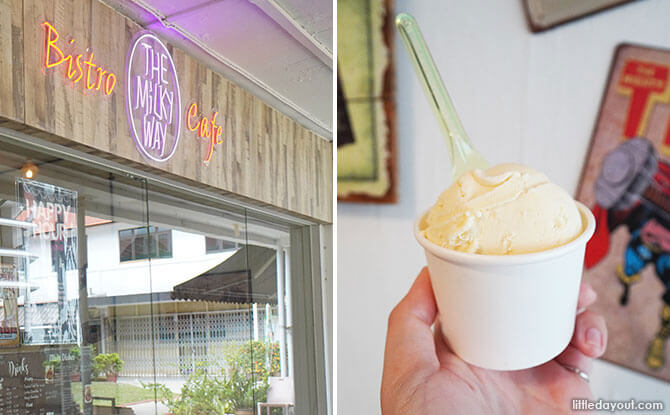 A stone’s throw away from Commonwealth MRT, The Milky Way Café is located right next to Tanglin Halt market. Decorated with posters of marvel characters and little lego figurines, the neighbourhood café’s draws in visitors with its housemade ice cream. 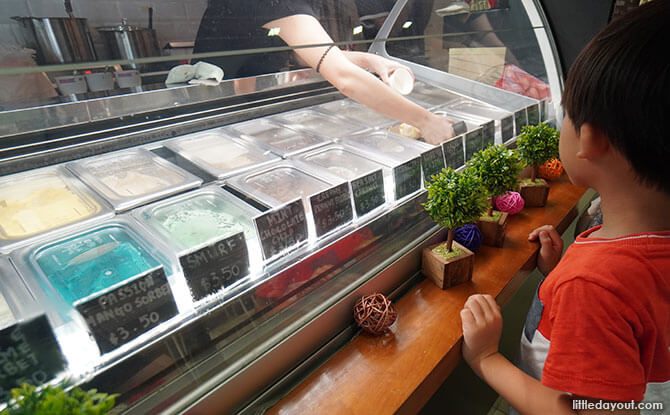 Besides flavours like Smurf and Strawberry Cheesecake, we were told that the popular flavours on the ice cream menu included Rum and Raisin, Hazelnut and Rocher. We sampled the Rum and Raisin and were quite impressed by it, but decided to try the Hazelnut ice cream instead. Besides the Hazelnut, we also ordered the Salted Egg ice cream and a waffle with a scoop of Mint Chocolate Chip. 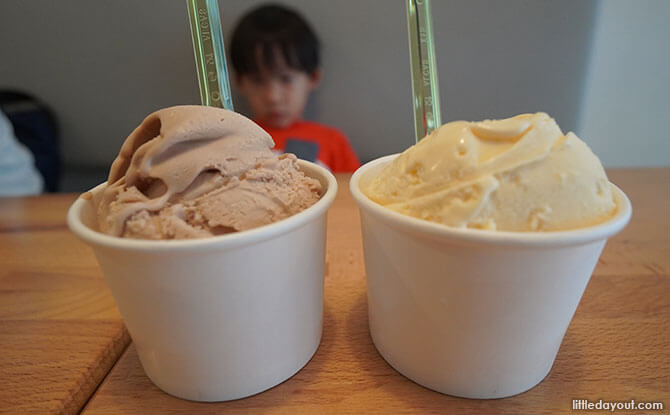 The texture of the ice cream at The Milky Way was dense and creamy, not too icy, just how we think gelato should be. The Salted Egg gelato reminded us of the filling of a liu sha bao. Creamy, a little savoury and welcomed if you’re looking for something not too sweet.

The Hazelnut gelato had a chocolate base and the taste of Hazelnut was not too overpowering – basically, it reminded us of Nutella. We would have preferred a little more texture in the Hazelnut gelato though, for example through the addition of nuts. But that’s just us. 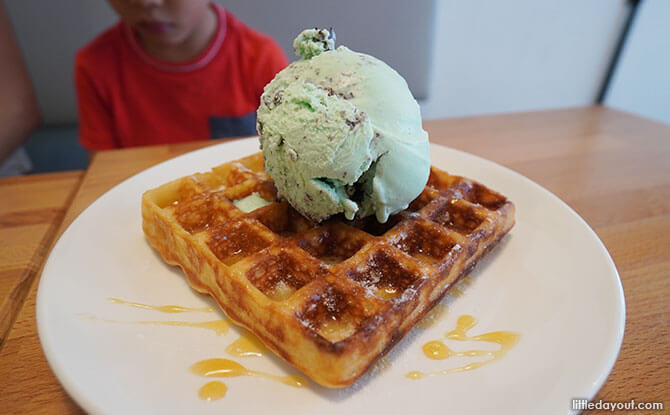 The Mint Chocolate Chip and half-sized waffle was the last item we ordered. We were delighted that, despite being advertised as half-sized, the waffle portion was quite generous.

The waffle was buttery and well cooked through, although a little thin. We personally thought it could have been a little denser, but overall, it was enjoyable with the Mint Chip ice cream. Mint tends to taste like toothpaste if not done well, but at The Milky Way, it was just nice and not overly sweet either.

Mains on the Menu 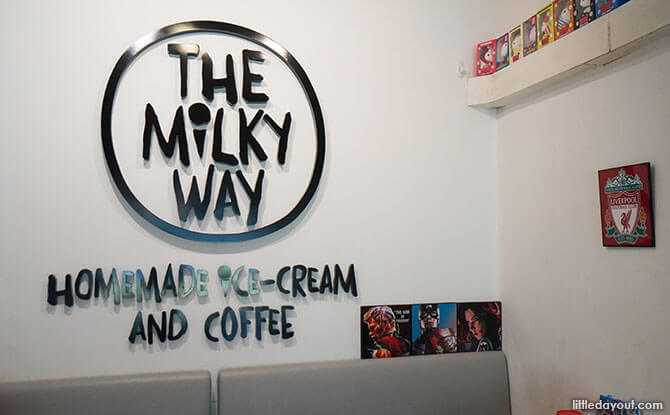 You can also find French fries, chicken nuggets, smoked sausages and main dishes such as curry chicken, fish maw bee hoon and braised pork on the menu at the Tanglin Halt shop. They also serve an all-day breakfast, which is perfect for anyone who would like to sleep in for the morning. 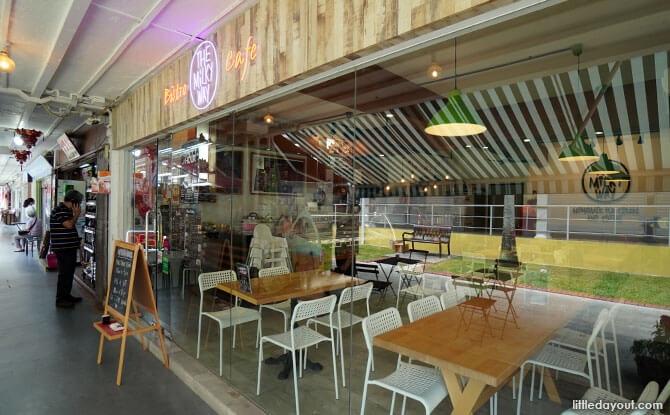