Teddy bears were first introduced more than 100 years ago. Yet, their appeal is timeless. Children (and, we suspect, adults alike) cherish and cuddle them in all shapes, sizes and stuffings, like dear friends. On the tourist island of South Korea lies two interesting Teddy Bear Museums in Jeju – Teseum, which is a safari-themed teddy bear theme park that opened in 2008, and the Jeju Teddy Bear Museum which opened in 2001. 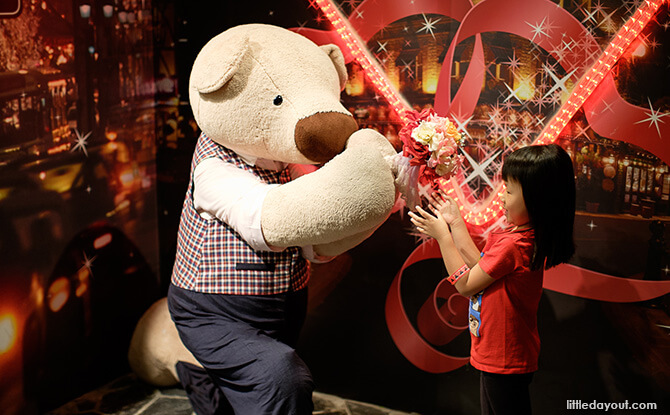 A visit to one of these museums is a step back in time to our childhood that will put on a smile on your faces. Moreover, you will see your young ones squealing with delight at the sight of teddies, their besties, in various stations.

The teddy bear is named after the 26th President of the United States of America, Theodore Roosevelt, also affectionately known as Teddy. Story has it that President Roosevelt came home empty-handed after a bear hunting trip in Mississippi.

Not wanting him to feel disappointed, a staff member tied an American black bear to a tree for the President Roosevelt to shoot. However, the President refused to do so as he deemed it unsportsmanlike. The Washington Post ran a cartoon illustration of this incident in November 1902. Morris Michtom in the U.S. saw the cartoon. Inspired, he created a small bear cub and named it Teddy’s Bear, with permission from the President. At around the same time, Richard Steiff designed a bear in Germany. Michtom and Steiff became the first to manufacture teddy bears commercially. Soon many more began making stuffed bears, sealing the teddy bear’s iconic status as a children’s soft toy and as collector items.

The world’s first teddy bear museum sprung up in Petersfield, Hampshire in England in 1984. Although this museum was closed in 2006 and the bears sold in auctions, there are many teddy bear museums around the world today. Located a short 15-minute drive from Jeju International Airport, and just next to Papaworld (an interactive indoor playground for kids), Teseum is the largest indoor touch and feel teddy bear museum on Jeju Island. What sets Teseum apart from Jeju’s Teddy Bear Museum is the Safari themed zone and other thematic zones within its compound. 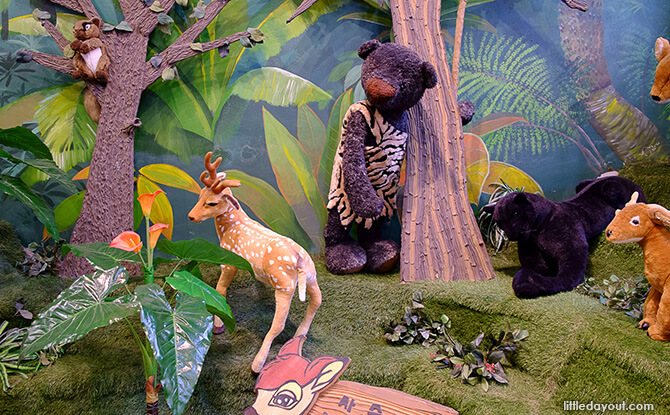 As you enter Teseum, you may begin to wonder why you ever sweated it out in the hot sun at the zoo. Here, you can explore an African safari in cool air conditioned comfort, point out and touch many fearsome wild animals in their cute stuffed plushed-up forms.

At Amazone, you get to see Tarzan and experience a rainforest in all its stuffed glory with the animals from the Amazon jungle.

It’s a little fantastical, but a short walk through the Aqua Zone makes you recreate the underwater world with teddy bears in your imagination. Reminiscient of the semi-circular tunnels at aquariums, see if you can spot Little Mermaid and her wonderful friends from under the sea.

The bears at the Band Zone were not out belting it out when we were there, but we had seen a similar one in Rusutsu Resort in Hokkaido, Japan, and could easily picture the performing bears transforming the place with its vibrant sounds. How can a visit to a teddy bear museum be complete without reference to the famous story of The Three Bears – Mama Bear, Papa Bear and Baby Bear? Here we meet them and their relatives in the oversized house in Fairyland. 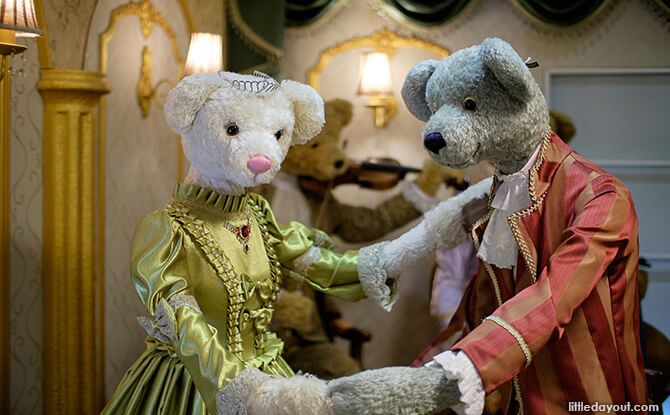 It’s a dream come true for young prince- and princess-wannabes in the Teddy Castle zone. Dance around in royal splendour and live happily ever after in this fairy tale castle setting.

In the miniature ancient world of teddy bears, you can see how hieroglyphics and the Gregorian calendar were used. Witness too how teddy bears excavate and preserve their Teddy civilisation. 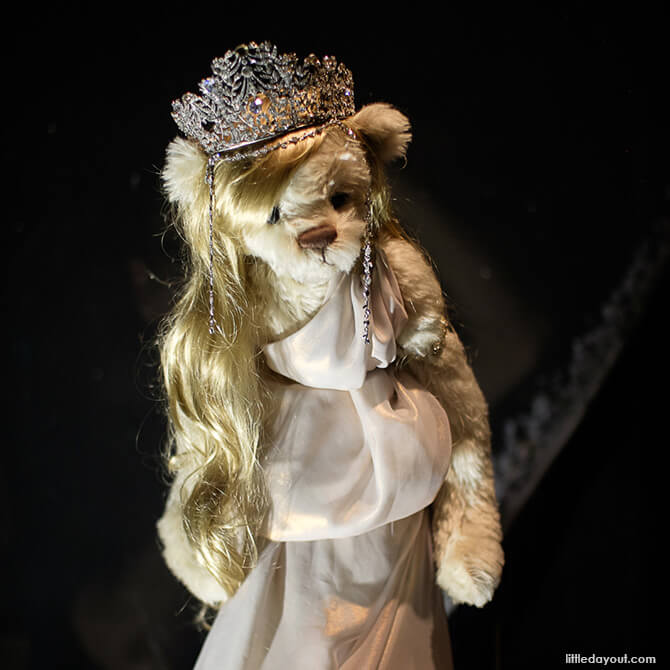 Jointly created by Chairman Myung Hee Won of Korea Teddy Bear Assocation and President Jeong Ju Kim of Mucha, the designer of tiaras for Miss Korea, the Hera Bear is worth 1.12 billion Korean Won. The bear is made of premium mohair (the hair of an angora goat) and crowned with a tiara made with certified diamonds, worth over 0.6 billion won.

Hera, the daughter of Cronus and Rhea, a sister or third formal wife of Zeus, and the ultimate Olympian goddess, stands befittingly amongst other Greek goddesses and the themed room featuring the history and beginnings of Olympics.

In the same area are parodies of works by other famous artists and luminaries. Round off your visit with a big bear hug at the Biggy Zone, with a giant bear in the play area littered with bean bags.

Depending on how long you spend at each exhibit, you will probably need 45 minutes to 1.5 hours to walk through Teseum. 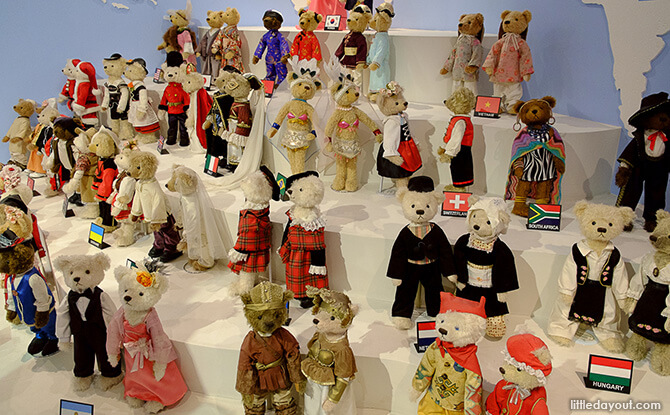 Besides having two galleries, an exhibition hall with rare and diverse collections of teddy bears, including many of Steiff’s traditional bears, Jeju Teddy Bear Museum also has a picturesque fairy-tale outdoor garden. This museum is famed for being the shooting location for two famous Korean TV dramas that led to the start of the Korean wave.

The Teddy Bear Museum chain is also found in Gyeongju, Seorak, Yeosu and Gunsan, in South Korea, as well as in Chengdu and Haikou in China.