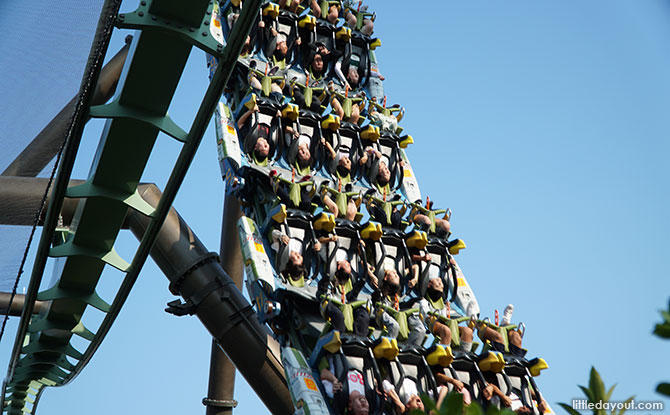 It is going to be some time more before we are able to visit Japan’s amusement parks. However, those experiencing withdrawal syndromes can relive the memories of their Japan holidays by going for a virtual ride on some of Japan’s most famous rollercoasters online.

With the online videos of famous Japanese rollercoasters from Tokyo and Osaka available, it possible relive holiday memories.

Or if you are a parent who wants to give your kid a “rollercoaster ride” in a bathtub, these Japan rollercoaster videos are just what you need.

Here are some of the rollercoasters from Japan that you experience without having to take a flight. Best of all – you are allowed to scream while “riding” them at home.

The Thunder Dolphin rollercoaster is a ride which is part of the amusement park at Tokyo Dome City. It zips about at speeds of 130 kmh and famously goes through a hole in the building. The first drop is super thrilling – even online!

This Yokohama rollercoaster send you hurtling over the water. At just under four-minutes long, the Japanese rollercoaster features fast twists and turns with a magnificent view of the ocean.

Strap on underneath a flying Pteranodon and go on an approximately three-minute flight over Universal Studios Japan. Keep your eyes peeled and you will even be able to spot Hogwarts Castle from the Wizarding World of Harry Potter in the distance.