World Emoji Day. Yes, there is such a thing.

This whimsical “day” falls on 17 July and celebrates the cute little images that help us convey more than text alone can do. While not a complete picture or a worth a thousand words, they are probably still worthy of a couple of keystrokes. ⌨️

Here are 7 fun Emoji-sized bits of information about World Emoji Day and the little Emojis it celebrates.

1. An Australian came up with World Emoji Day

World Emoji Day was created by Jeremy Burge, an Australian who now lives in the UK. He is the founder of Emojipedia, a site which tracks and updates emoji definitions. He started World Emoji Day in 2014.

The date chosen for World Emoji Day is 17 July. This date was chosen because of a specific Emoji – the Apple iOS emoji for Calendar. Why does the Apple Emoji show the date of 17 July? It is because 17 July was the date that iCal for Mac was first unveiled in 2002.

3. Join in the fun with #WorldEmojiDay

World Emoji Day has a hashtag. Give everyone a shout out with #WorldEmojiDay and a big smiley face too.

4. “Face With Tears of Joy” is Among the Most Used Emojis 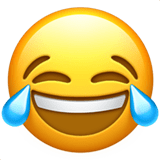 According to EmojiTracker, the most commonly used Emoji on Twitter is “Face With Tears of Joy”.

5. An Emoji was Oxford Dictionaries’ Word of the Year

2015 turned out to be historic year for the Emoji. For the first time ever, Oxford Dictionaries named the Word of the Year as… an Emoji. Yes, the “Face With Tears of Joy” chosen as the “word” of the year to reflect the mood of 2015.

6. Emoji is a contraction of Two Japanese Words

Emojis were created in Japan in 1999 by Shigetaka Kurita who was part of NTT DoCoMo’s i-mode mobile internet team. The word comes from the Japanese words “e” (which means picture) and “moji” (which means character).

7. The Dab Emoji Was One of the Most Requested Emojis a Few Years Ago

According to EmojiRequest.com, an online platform to request for new Emojis that people like to see created by the Unicode Consortium, one of the most wanted Emojis in 2017 was the DabEmoji. In 2020, it still hasn’t made it into the official line up of emoji’s yet.

However, one emoji that we can look forward to in 2020 is the Bubble Tea emoji.